Why Milwaukee Is the Worst City for Black Americans 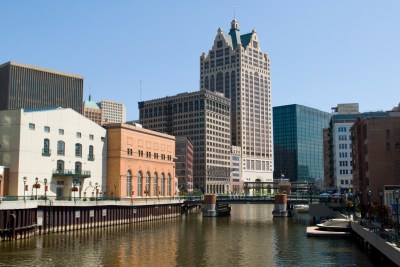 Like in other parts of the Midwest, large numbers of African Americans traveled to the Milwaukee area in the 1960s to take advantage of the booming manufacturing industry. Soon after a black community formed, however, the city’s industrial base all but collapsed, contributing to racial disparities in the region. An estimated 16.7% of the Milwaukee-Waukesha-West Allis metro area identify as black, higher than the nationwide proportion. In Milwaukee proper, however, roughly 40% of the population identifies as black.

A recent report from researchers at UCLA found that African American high school students were more likely to be suspended in Wisconsin than in any other state. The plight of students in the Milwaukee area — the worst city for black Americans — is perhaps even worse. The difference between white and black high school attainment in the area, at 94.9% and 80.7% the respective adult populations, is 14.2 percentage points, nearly double the national average disparity. White area households are relatively wealthy compared to the nation, with a median income of $61,675. Black area households, on the other hand, are relatively poor, with a median income of just $25,646. This was one of the nation’s largest income disparities.

As a possible support of the effect of the collapse of manufacturing as a long-ago major support for the economy, Milwaukee’s population in the 1960 Census was 741,324, and based on a Census estimate for 2013 the figure dropped to 599,642.

To a large extent, Milwaukee has problems similar to those of other cities that suffer from a common set of issues:

For decades, black Americans have faced higher poverty rates, lower incomes and higher incarceration rates than white Americans. While African Americans in every U.S. city face such problems, racial inequality is much worse in some parts of the country. By examining the disparities between white and black Americans in several economic and social measures, 24/7 Wall St. identified the 10 worst cities for black Americans.

But Milwaukee is the worst among them.

For more on the other cities, see The Worst Cities for Black Americans.