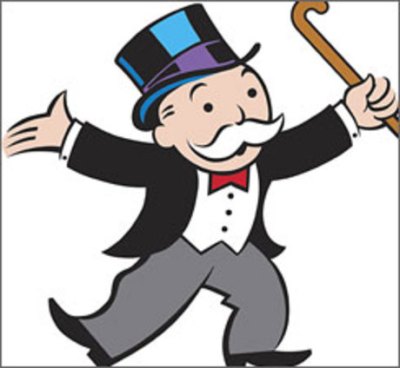 A monopoly is either what the government says it is or what a dominant company’s competitors claim. The government’s opinion is the only one that counts, however, as Sprint will find out as it protests the new AT&T buyout of T-Mobile.

The seminal legislation that determines monopolistic behavior is the 1890 Sherman Antitrust Act. Theodore Roosevelt’s administration used it to effectively break up Standard Oil. In the 20th Century, the Justice Department’s battle against AT&T lasted from 1974 to 1982 and ended when Ma Bell agreed to spin off all its local operating companies.

The government has brought several actions against large American tech companies. IBM fought the Justice Department for more than a decade in the 1980s over charges that it had a hardware monopoly. The Justice Department brought a case against Microsoft in 1998 which claimed that the world’s largest software company used its leverage in the PC business to block other firms from entering the computer operating system market  The government was able to get very modest restrictions on Microsoft’s behavior. Microsoft also spent years fighting similar accusations in Europe.

A common definition of a monopoly is when a company has such effective control of its market that it can set prices and stifle innovation by depriving competition of any chance of profit. The offending company only has to continue to do extraordinarily well in its field regardless of what antitrust regulators have to say.  24/7 Wall St. found ten instances that could be considered de facto monopolies though the government will not take action in each case.

People may be surprised to learn that all of the monopolies on the list are technology companies. That has been the case for over more than 30 years. Industries which are large but only recently established are often controlled by just one company. That was true at the dawn of the oil industry at the end of the 19th Century. It was equally true when the PC was introduced widely in 1980. Microsoft offered the only PC operating system that had enough market share to make it viable so that computers could have a common language. That dominance fed on itself as the number of PC manufacturers and users rose.

Each of the companies on this list certainly has a huge lead in market share. Each has also been deft at keeping competition out of the market by financial strength, innovation, or use of the outright leverage it has because of its advantage in related markets.

Read on for the New Generation of American Monopolies