Will Murdoch Sell MySpace For $1? 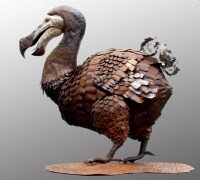 Now that AOL, Inc (NYSE: AOL) has sold social network Bebo to Criterion Capital, which must have more money than sense, Rupert Murdoch has a precedent for dumping his moribund social network MySpace.

The rumor is that Bebo was sold for $5 million, against the $850 million that AOL paid for it two years ago. Some analysts think that AOL closed the deal to get a $275 million to $325 million tax benefit. It did not need that excuse. Bebo was a lousy business.

MySpace is a lousy business, too. Murdoch’s News Corp (NWS)  bought it in 2005 for $580 million. He hailed it as an internet pioneer. MySpace was the 5th most visited site worldwide then.MySpace  has gone from being the largest social network by far to running well behind Facebook and not much ahead of Twitter. No one has a coherent explanation. Some users find that Facebook’s navigation is easier. Others think that it is because Facebook started among college students and grew as those people graduated. It really does not matter. It is difficult enough to make money on social media sites. Making money on one that it failing is nearly impossible.

Murdoch already has some powerful internet sites, most centered around the Fox brand. These probably make money. MySpace is just a distraction now. It may be worth $5 million.

Sponsor: 26 Cheap Stocks to Sell – Cheap stocks have been on a tear recently, but nine out of ten stocks are circling the drain!