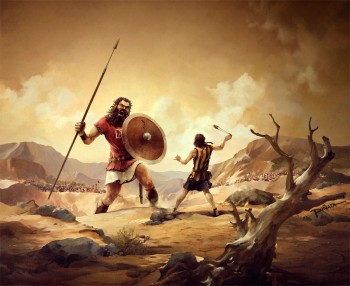 Most companies want to be number one in their markets. Once there, however, they have trouble keeping the top spot for long. They are flanked by smaller, nimbler companies that have better products or make innovations that change the industry and how its serves its customers.

24/7 Wall St. reviewed several industries in which the number one company was recently toppled from its position. We looked at the weaknesses of the market leader and how and why it was replaced by a rival. The reasons often have to do with sluggishness and lack of innovation on the part of the top company. Complacency usually pushes these leaders from their top positions, allowing a once-smaller competitor to take over the first place spot.

Read: The Nine Companies That Destroyed Their Largest Competitors

America’s top companies — in any industry — are unusually successful. There’s no better example than Apple (NASDAQ: AAPL), the largest corporation in the U.S. based on market capitalization. The iPhone is the most popular smartphone and the iPad is the most popular tablet PC. Apple’s lead position in its markets helps it to be the most profitable company in its industry. Its reputation as the  top consumer electronics company even helps it market products. Thinking it must be the best, many customers like to use the first place product.

However, there are disadvantages to being at the top. Market leaders are usually the target of competitors that want to gain market share. Take the premium streaming video business, where Netflix (NASDAQ: NFLX) holds the top spot with 25 million customers. Amazon (NASDAQ: AMZN), Walmart (NYSE: WMT), and Apple also want to be successful in the business. To do that, they naturally imitate Netflix’s service and prices in order to take its customers. They wouldn’t normally target the number three or four company in the sector.

Competition is but one of the challenges, and the first place position is hardly guaranteed. General Motors (NYSE: GM) was the world’s largest car company from the end of World War II until three years ago. Poor product decisions and high labor costs nearly took the company under, helping rival Toyota (NYSE: TM) move into the top spot. Blockbuster was the number one company in the video rental business until the model for the industry changed. Instead, DVD rentals by mail became popular because it is less expensive to mail DVDs than to run thousands of DVD stores. That’s when Netflix flanked Blockbuster by creating the DVD-by-mail business and becoming the top video rental company in the U.S.

Despite challenges, many companies have been able to keep the first place position in their industries for a long time. Walmart has been the largest retailer in the U.S. for almost 30 years. Exxon Mobil (NYSE: XOM) has been the largest American oil company since it was formed by a merger in 1999.

The following are nine companies that crushed larger competitors.