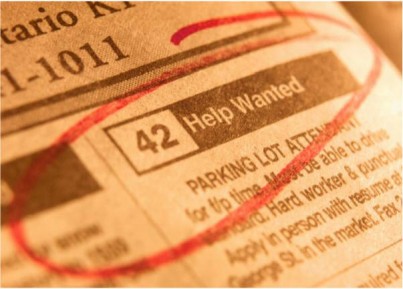 Going to college used to be a nearly sure way of getting a steady job. But as many recent graduates will attest, this is no longer the case. However, there are hundreds of thousands of high-paying jobs that don’t require a degree. 24/7 Wall St. has identified the ten highest-paying jobs that only require a high school education.

In order to identify the kinds of positions high school graduates without college degrees may want to consider, 24/7 Wall St. examined the Bureau of Labor Statistics’ Occupation Employment Statistics database. The government report, which provides the salaries and number of workers in every major job category in the United States, also provides information on salary and those job positions that do not necessarily require a bachelor’s degree. The results where then sorted by wage, in order to identify the ten jobs that have the highest median annual salary. Along with salary, we also show how much these jobs are expected to grow over the next 10-15 years, and which states have the highest concentration of these positions.

Our analysis indicates college education is not the only route to a high-paying job. Rather than spending hundreds of thousands of dollars on higher education, high school graduates can look to these high-paying sectors that are going to be adding thousands of new jobs over the next few years.

These are the ten highest-paying jobs that you can get with a high school degree.