MLB ticket sales rose more than 10% in the past decade. Some teams, like the Phillies, the Twins, and the Angels, saw sales increase by more than 50%. This is not the case with the Arizona Diamondbacks. Led by star pitchers Curt Schilling and Randy Johnson, the team won the world series in 2001. Then players began to leave, and its performance diminished rapidly. In 2004, the team had the worst record in baseball. It has only made the playoffs once since, in 2007. Since 2001, annual stadium attendance has dropped more than 25%, from 2.7 million to 2.05 million. 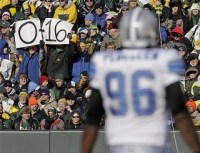 Nothing mirrors the hard luck of the city of Detroit more than the hometown football team. Once an NFL powerhouse, the Lions entered the 21st century with a respectable 9-7 season under their belt. From that point forward, nothing would go right for the team. Between 2001 and 2010, Detroit’s record combined for 39 wins and a staggering 121 losses. In 2008, the year the housing crisis decimated Motor City, the Lions had the honor of becoming the only team in the history of the modern NFL to lose every single game they played. 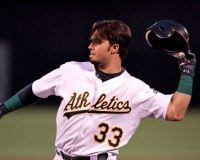 The novel and soon-to-be-released film Moneyball detail General Manager Billy Beane’s brilliant overhaul of the A’s. His unique statistical methods brought Oakland much success in the late 90’s and early 2000’s. However, the A’s have fallen on hard times lately, finishing in the bottom of the division in 2009. The number of people going to the games fell from 2.1 million in 2001 to 1.4 million in 2010, the second-worst attendance in baseball. 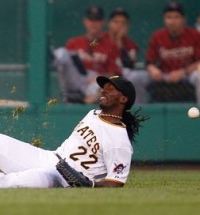 Pittsburgh is one of the most avid sports cities in America, with a competitive team for every major sport but professional men’s basketball. Much to the chagrin of Pittsburgh residents, The Pirates have not fielded an even moderately competitive team in more than a decade. Since 2001, the team has not finished better than third in its division (out of six) and has had among the five worst records in baseball nearly every single year. In 2001, the team had 2.1 million fans in attendance. By 2010, that number had dropped to 1.4 million.