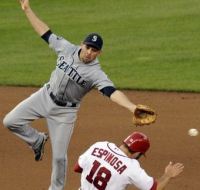 Seattle, led by powerhouse Ken Griffey Jr., had a solid team in the 90’s. In 2000, the team lost Griffey to Cincinnati, but gained a new star in Ichiro Szuki in 2001. In that year, the team had the best record in baseball. However, team play declined, and by 2010, it had the worst record in the American League. after 2001, the team hasn’t even made it to the playoffs. In 2001, seattle had an attendance of 3.5 million people, more than any team in baseball. In just ten years, that number has dropped to 2 million.

Also Read: The Highest-Paying Jobs With The Most Time Off 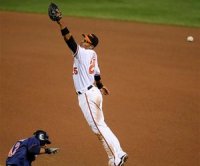 Baltimore’s golden years were arguably during the Cal Ripken Jr. era of the 90’s. The team was competitive nearly every year, and had the best record in the American League in 1997. After Ripken retired, the team’s talent — and most of its fan base — began to wane. The team is in a division with three of the best teams in the American League (the Yankees, the Red Sox, and the Rays) and the odds are stacked against it gaining a playoff berth. The team has not made the playoffs since 1997. In 2001, the annual stadium attendance in Baltimore was just over 3 million. Today, it is 1.74 million. 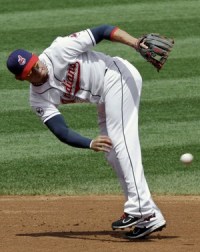 Cleveland set a Major League Baseball record in 2001 after selling out every single home game since June 1995. The tide changed in 2001, when it lost to Seattle in the first round of the playoffs. The team never performed again at the winning level it had in the 90’s, only making the playoffs again in 2007, losing a heartbreaking loss to the Red Sox in the American League Championship. Attendance then plummeted even further, dropping to just 1.39 million from 3.17 million ten years ago. In 2001, Cleveland drew the fifth-most fans in all of baseball. Last year, the team had the lowest attendance. The team also set a major league record for the lowest attendance in a single game — just 9,853 people showed up to the second home game of the season.

Correction: An earlier version of this story referred to Cleveland Indian’s loss against the Boston Red Sox in the World Series in 2007. In fact, Cleveland lost to the Red Sox in the American League Championship that year. Additionally, baseball player Kenneth Griffey Jr. left the Seattle Mariners in 1999 and did not play for the team between 2000 and 2010. Also, The Diamondback’s 2001 win-loss record was 92-70 (finished 1st in NL West) and not 85-77 (finished 3rd in NL West). Finally, Pittsburgh was listed as having a team for every major sport, but it does not have a men’s basketball team.