Eight Countries With Credit Ratings Set to Rise Next Year

Peru is rated by Moody’s as “Baa3” with a “positive” outlook.  If upgraded, it will move off the lowest possible rating for “investment grade” sovereigns.  S&P rates Peru as “BBB” (one-notch off the lowest investment grade) and has carried a “stable” outlook status since August.  Peru is a market that many U.S. investors overlook.  It recently reported 5.1% GDP growth and that was considered a disappointment due to a weaker manufacturing climate.  Strong private consumption and public spending are keeping the growth up and the central bank already has some economic stimulus in place.  Shares have pulled back in Peru by about 30% from the start of 2011.

Russia is rated by Fitch as “BBB” with a “positive” outlook, which gives the nation an “investment grade” status one-notch above the lowest of the prized ratings. It is also “BBB”-rated by S&P with a “stable” outlook, and rated “Baa1” by Moody’s, again with a “stable” outlook.  Russia may seem smaller than some investors recall because the former members of the U.S.S.R. are tallied up in 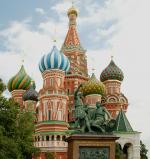 dividually now, but Russia has ambitions of becoming a much larger economic power.  It is very rich in natural resources and its central bank is continuing to accumulate gold and hard assets to maintain the value of its currency.  Russia has also recently been formally admitted to the World Trade Organization. The IMF has lowered Russia’s GDP growth outlook in 2011 from 4.3% to 4.1%. Russia’s economic ministry also put growth at 4.1%.  Russian stocks have lost nearly one-third of their value from the highs earlier in 2011.

South Korea (The Republic of Korea) is already “investment grade” at all agencies, but Fitch’s “A+” rating comes with a “positive” outlook.  That is higher than the “A” rating from S&P, which has had a”stable” outlook since 2005.  The recent death of North Korea’s Kim Jong-il has overshadowed any other positive developments in South Korea. If there is a reintegration of North and South Korea, we’ll have to go back to the playbook from when East and West Germany were unified. The issue of succession in North Korea brings up perhaps the greatest set of unknowns for South Korea’s ratings.  Korean stock prices are down nearly 30% from the year’s highs.

Turkey is rated by S&P as “BB” and has had a “positive” outlook since February of 2010.  Moody’s has a similar “Ba2” rating and “positive” outlook.  That requires two notches of upgrades for an “investment-grade” rating.  Fitch has a “BB+” rating — just one notch from “investment grade” — with a “positive” outlook.  Turkey’s ambition of getting into the euro is all but history now. With a young population and high unemployment, Turkey’s future “investment grade” status may take another round of global economic recovery and better internal governance. Recent lira weakness has been a concern as interest rates and inflation have been higher than across Europe. GDP growth was recently running above 8% on an annualized basis but is expected to be much lower amid tighter credit in 2012. Turkish equity prices were at one point down more than 40% from mid-2011 highs.