Eight Countries With Credit Ratings Set to Rise Next Year

Brazil is already at “investment grade.”  Moody’s carries a “Baa2” rating with a “positive” outlook, but S&P and Fitch both carry “BBB” ratings with “stable” outlooks.  It may be risky to count on further upgrades as Brazil has experienced reduced growth due to global uncertainty.  Fitch sees slower growth in 2012 of about 3.2% for GDP and the counter-cyclical policy moves of late may be tempered due to a weak global economy. Soccer’s 2014 World Cup and the 2016 Olympics are both expected to provide growth catalysts for the country.  Many Brazilian stocks have come back down to more reasonable prices of late and the BOVESPA is down close to 20% in 2011.

Also read: Nations That May Lose AAA Ratings – And Those That Won’t 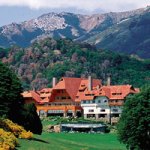 Chile is rated “A+” by S&P and its last change was to “positive outlook” in December of 2010.  Moody’s rates the nation a bit higher at “Aa3” with a “stable” outlook; Fitch carries an “A+” rating but a “stable” outlook.  Chile’s central bank has recently lowered expectations for 2012 GDP growth and inflation but Goldman Sachs said the bank has also now set the stage for rate cuts starting in 2012 due to signs that economic activity is decelerating. The central bank has also noted a tighter foreign financing climate. Chilean shares are down more than 25% in 2011.

China is currently rated “Aa3” with a “positive” outlook by Moody’s, and S&P has a “AA-” rating with a “stable” outlook. Hong Kong’s debt is currently rated by Moody’s as “Aa1” with a “positive” outlook and is already “AAA” at S&P.  Imagine having GDP growth of 8% considered a disappointment! China is often referred to as the growth engine of the world, and also as the world’s manufacturer.  Still, its stocks have been brutally pounded, with the key Shanghai Composite Index down by one-third from the highs seen in April. Many American investors now have dire mistrust of Chinese accounting and accountability standards due to multiple implosions of actively traded ADRs and reverse merger stocks listed in the U.S. Because of the number of funds and ETFs, compounded by the accounting woes in many ADRs, we have not included any individual Chinese companies.

Also Read: The 13 Countries That Own the World’s Gold

Indonesia has a “BB+” rating from S&P and a “positive”  outlook since April of 2011.  Moody’s raised Indonesia to “Ba1” with a “stable” outlook.  What is so important here is that one single upgrade from either agency will make Indonesian sovereign paper “investment grade.”  Fitch already carries an “investment grade” rating at “BBB-” with a “positive” outlook. One new driver for 2012 is the expectation that domestic and foreign oil and gas companies will invest somewhere close to $24 billion in upstream oil and gas projects. Xinhua News recently reported that Indonesia’s economy will likely survive the global economic crisis.  The central bank is forecasting 6.5% GDP growth for 2012. Private sector forecasts are not quite so strong but still come in above 6%.  While stocks were at one point down almost 30% from the year’s highs, the broader market is now effectively flat and that is actually a success for an emerging market in 2011.