The 13 Countries That Own the World's Gold 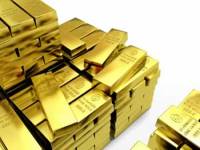 Central banks are contributing to world gold demand. The latest data from the World Gold Council indicate even more changes among the nations holding the most in gold reserves. Those are also some of nations whose creditworthiness is now under question during the debt crisis in Europe. 24/7 Wall St. looked at the 13 nations with the highest gold reserves, as well as two institutions, to see how each might affect future gold demand.

While investment demand was the key driver to increased gold demand during the past quarter, it is central bank gold buying and selling that is going to be a key factor for demand ahead. The council projected that central bank demand is expected to continue as creditworthiness woes of western governments has come front and center. In fact, the council also cited many new central bank entrants have emerged as they move to diversify reserves. Further, the council sees this increased central bank activity trend continuing into 2012.

24/7 Wall St. reviewed the top 13 nations that hold the lion’s share of the world’s gold reserves, according to the World Gold Council’s International Financial Statistics. Of course, many nations will have new gold reserve data in 2012. And some of the data remained unchanged from prior months. Our aim here is to show which nations probably are increasing or lowering their gold reserves into 2012 and why.

The European credit crisis and emerging market weakness are what is likely behind central banks’ demand. Total gold demand rose 6% in the third quarter from a year earlier to 1,053.9 tonnes. This equates to roughly $57.7 billion — an all-time high in value terms. Investment was the large driver for increased gold demand, while jewelry demand was soft.

These are The 13 Countries That own The World’s Gold.