Is Under Armour Becoming the Apple of Apparel? 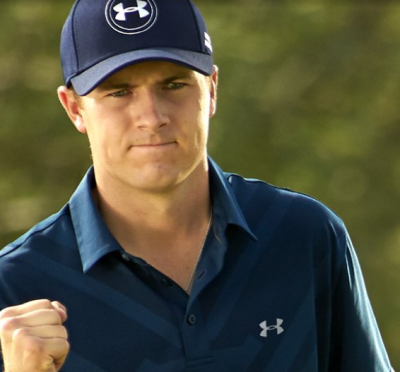 Source: UnderArmour.com
Under Armour Inc. (NYSE: UA) is perhaps acting like the perfect company, in the perfect industry, at the perfect time. Everything seems to be going right for the company. If the younger generation is flocking to Under Armour over Nike Inc. (NYSE: NKE) as so much of the scuttle and reports would indicate, it seems fair to ask if Under Armour is in the same position that Apple Inc. (NASDAQ: AAPL) was in a decade ago versus Microsoft Corp. (NASDAQ: MSFT).

The fight between Apple and Microsoft, or Apple and the personal computer (PC), offers a great lesson here in a comparison between Nike and Under Armour. There also needs to be some temperance on just how extreme that comparison can be made. Despite the rise of the Mac generation and despite the rise of iTunes, the iPhone and the iPad, businesses and consumers still buy PCs in droves.

A lesson here is simple: Under Armour may be growing and may continue to grow, but it may not be the death of Nike. In fact, there may be room for both Under Armour and Nike to keep growing.

Nike is now one of the fewer additions to the Dow Jones Industrial Average. That has to stand for at least something. Also, despite currency headwinds in Nike’s latest earnings report the company had a very impressive figure for future orders, once you back out the currency headwinds. Now keep in mind that the market cap of Nike is $85 billion. The company has double-digit earnings growth expected, and revenue growth is expected to be 10% in 2015 and then another 6% or so in 2016, to end up at $32.4 billion. Nike is also valued at 25 times expected earnings for a year ahead.

ALSO READ: The Biggest Stock Buybacks of All Time

Under Armour has now reached an $18 billion market valuation. Earnings are also growing in the double digits here, but the key difference is revenue growth. Sales are expected to rise over 23% in 2015 and another 23% in 2016, to end up at almost $4.7 billion. A key difference here versus Nike is that Under Armour’s valuation is all the way up at 59 times expected 2016 earnings, and that is at a December year-end versus May year-end for Nike.

Do current Under Armour investors care that the company pays no dividend? Almost certainly not. Those investors are buying growth and brand dominance. The Under Armour pact with Jordan Spieth is just one thing the company has going for it. If brands know one thing about advertising and sports legends, particularly emerging sports legends, it is that they cannot have all their eggs in one basket. Think about this: how many people are sitting around talking about which companies are endorsing Tiger Woods now?

So, what would a value investor review signal for Under Armour versus Nike? The forward price to earnings (P/E) multiples are one thing. Nike is valued at about 2.6 times next year’s expected revenue, while Under Armour is valued almost 4 times next year’s revenue — with the reminder that Under Armour’s fiscal year ends a full seven months later, so the numbers would be even wider than the 3.9:2.6 currently.

ALSO READ: The Worst Product Flops of All Time