The States With the Most (and Least) Divorces 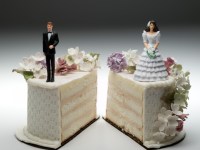 The status of relationships across the United States is difficult to reduce to a data set. Partnership is an intensely personal matter and marriage, a legal recognition of partnership, is a major life event. Not all marriages last forever, however, and a large segment of the American population are forced to experience the extremely unpleasant personal and economic consequences of breaking ties with a spouse.

Click here to see the states where the most people are divorced.

Click here to see the states where the fewest people are divorced.

While marriage has become the ultimate sign of mutual love and companionship for many Americans, choosing a spouse is also an economic decision, for better or for worse. Combined incomes can empower families and improve living standards. Financial considerations are an incentive to get married and stay together. According to Leora Friedberg, professor of economics at the University of Virginia, “People stay married if there’s something to gain, [something] to share from the marriage.”

On the other hand, low incomes and the associated financial challenges can make marriages more difficult and increase the likelihood of divorce.

Indeed, states with low incomes and higher poverty rates tend to have higher shares of divorced residents. All 10 of the states with the highest divorce rates have median household incomes below the national median. Of the 10 states where divorced people make up the smallest share of the population, nine had median incomes above the national median. Friedberg explained that this may have to do with increased stress levels on families with low income.

She added that low-income married households simply have less to mutually benefit from, and this may result in higher divorce rates. She explained: “When income is low and wealth is low, there’s just not going to be as much for the couple to share, and there’s less value to staying together.” For wealthier couples, marital status can be far more lucrative.

Another factor that affects the number of divorced people in each state is how many people get married in the first place. In some cases, the sheer number of marriages in a state impact the share of a state’s divorcees more than the circumstances that lead to failing marriages. States where more people get married tend to have more divorced people. All 10 of the states where the most people are divorced had higher-than-average shares of the population that had been married at least once. Of the 10 states with the fewest divorced people, all but two had below-average marriage rates.

To identity the states where the most (and fewest) people are divorced, 24/7 Wall St. reviewed the percentages of each state’s population over the age of 15 who were divorced from the U.S. Census Bureau’s 2013 American Community Survey (ACS). The percentage of state residents currently married, separated, and who had never married in each year between 2005 and 2013, in addition to relationship data by age cohort, also came from the ACS. Socioeconomic factors such as household median incomes, poverty rates, and educational attainment rates are as of 2014 and came from the ACS. Annual 2014 unemployment rates were provided by the Bureau of Labor Statistics. It is important to note that this figure is not the traditional divorce rate, which measures the number of divorces in a given year, relative to the number of new marriages. Instead, our rank measures the total number of individuals who are divorced. These data do not capture individuals who were divorced and remarried that year.

These are the states with the largest (and smallest) divorced populations.