The Most Unusual Causes of Death By State 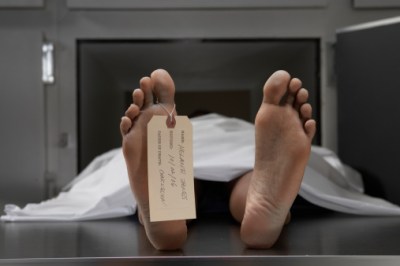 Source: Thinkstock
The leading causes of death tend to be the same across the country. A majority of deaths are due to heart disease, followed by cancer and chronic lower respiratory disease. However, some causes of death affect some state residents far more than others.

The Centers for Disease Control and Prevention (CDC) recently released a report, “The Most Distinctive Causes of Death by State, 2001-2010,” detailing causes of death most out of proportion to national rates. In some states, the results are intuitive. In others, unusually common causes of death are much more surprising.

The data in this report is particularly interesting because it highlights both issues with “standard” reporting systems and significant disparities in various causes of death by state. Several states, most notably Maryland and Utah, frequently use vague, catch-all categories, like death from “events of undetermined intent,” which make it difficult to draw conclusions.

Some of the results are startling: Hawaiian residents, who live in one of the most fertile states in the country, are three times more likely than their fellow Americans to die of nutritional deficiencies. In Louisiana, deaths from syphilis, an easily treatable and preventable infection, are five times the national rate.

There are also some more predictable outcomes. Deaths from influenza are far more likely in the colder Northern states. And mortality from respiratory diseases, like “black lung,” is more prevalent in states like Kentucky and West Virginia, where mining is still a significant industry. West Virginia, in fact, has a mortality rate over twelve times the national average from such diseases.

Based on the methodology described in “The Most Distinctive Causes of Death by State” report, 24/7 Wall St. identified the most unusual causes of death by state. We relied on data from the CDC’s epidemiology database, which stores the coded causes of death as reported to each state. These codes, referred to as ICD codes, provide a standard way for diseases, symptoms, and other health-related data to be referenced and recorded. They are used internationally for morbidity and mortality statistics, reimbursement systems, and other automated health care decisions, such as whether or not an insurance company will pay for a medical test.

In addition to data cited in Dr. Boscoe’s report, we also considered the percent of adults who have smoked at least 100 cigarettes in their lifetime and percent of residents who could not see a doctor because of costs from the Centers for Disease Control and Prevention’s Behavioral Risk Factor Surveillance System. The percent of adults who were obese in 2013 and firearm death rate per 100,000 for 2013 also come from the CDC. From the U.S. Census Bureau’s 2013 American Community Survey, we considered portion of the population without health insurance and poverty rate. Percent of the population with limited access to healthy food in 2012 came from the United States Department of Agriculture. From County Health Rankings & Roadmaps, we used data on the number of residents per primary care physician.

These are the most unusual causes of death in each state and the District of Columbia.