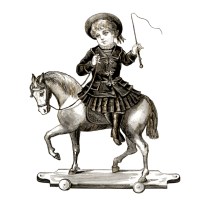 Most people are called the name they were given at birth for their entire lives, and for that reason, the name of a child is often given intense consideration. Like most aspects of child-rearing, naming is a very personal decision. Yet, a large number of parents end up selecting the same name as many others. The 1,000 most popular names accounted for nearly three-quarters of all names in 2014.

The U.S. Social Security Administration (SSA) has been tracking baby names since before the turn of the 20th century. There are thousands of names in the database. Some names come and go as fads, and popularity often spikes inexplicably. Others have remained en vogue for more than a century. Sometimes, in rare cases, names that were popular long ago and have faded into obscurity undergo a sudden resurgence. 24/7 Wall St. identified nine such names – two boys and seven girls – that had all but vanished and are now among the top 100 names preferred by parents.

It is extremely difficult to identify the underlying cause of a particular baby naming trend. For example, it is unclear as to how the names on our list all but disappeared. Given that in many cases, they were close to the 1,000th least popular name for a given year, it is even more difficult to explain how these same names returned to popularity.

Unlike the names making comebacks on our list, some names have maintained their popularity for decades. For example, the name Michael has been in the top 100 boys’ names since at least 1900, and was the number one pick each year from 1961 through 1998. Including Michael, there are thirteen boys’ names that have been in the top 100 every year since 1900.

The popularity of girls’ names, on the other hand, fluctuates far more than naming trends for boys. Only the name Elizabeth has consistently appeared in the top 100 every year since the start of the 20th century.

Over time, as the popularity of a name can vary, so can the preference for one spelling over another. For example, the names Caitlin, Caitlyn, Kaitlin, Kaitlyn, Kaitlynn, Katelyn, and Katelynn all have been more or less popular at different points. One of the old-fashioned names making a comeback was popular at the turn of the century was Lillie, and now is much more widely spelled as Lily.

To identify the oldest names reclaiming their popularity, 24/7 Wall St. reviewed the thousand most popular baby names for each gender in each year between 1900 and 2014 from the Social Security Administration. To be considered a comeback, a name had to be among the 100 most popular boy or girl names at some point from 1900 up to, but no later than, 1930, and no earlier than 2010. The name then needed to re-enter the top 100 at some point after 2009.

These are the 9 old-fashioned names making huge comebacks.