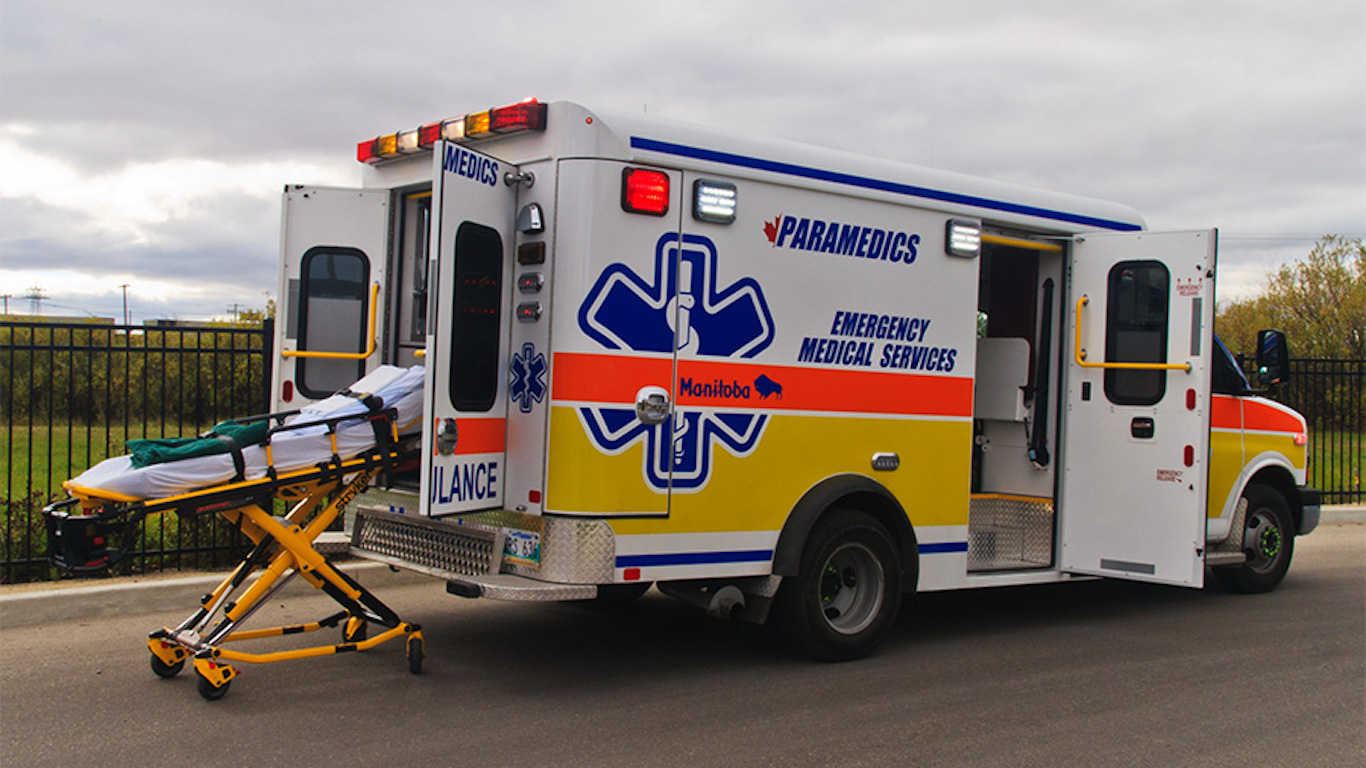 Stryker is a developer and manufacturer of orthopedics, neurotechnology, and medical and surgical equipment. The company, which claims its ultimate mission is to improve the lives of hospital patients, also appears to improve the lives of its employees — or at least provide them with a favorable work environment, according to employee reviews on Glassdoor. Based on more than 1,000 reviews, employees gave the company and average rating of 3.9 stars, one of the highest ratings of all companies operating in the United States.

Positive reviews regularly laud the company for providing a great work environment, outstanding benefits, and a good work-life balance. Among the most popular benefit is the company’s 401(k) match program. Stryker matches employee 401(k) contributions up to 7% of their respective salary.

Since its founding in 1997, Total Quality Logistics has grown to become the second largest freight brokerage firm in North America. The company employs approximately 3,200 workers, and reported $2.2 billion in revenue in fiscal 2015. Many TQL employees enjoy the company’s “work hard, play hard,” as one reviewer said, atmosphere and positive work environment.

According to CEO Kenneth Oaks, the high earnings potential at the company helps attracts new college grads. Entry-level sales associates earn commission and have an unlimited salary cap, which many employees cite as a major advantage to working at TQL. The average compensation for a second-year employee is $60,000, which becomes $81,000 in the fourth year, and $112,000 in the fifth year — all above the typical salary of a sales representative at other companies, according to the BLS. 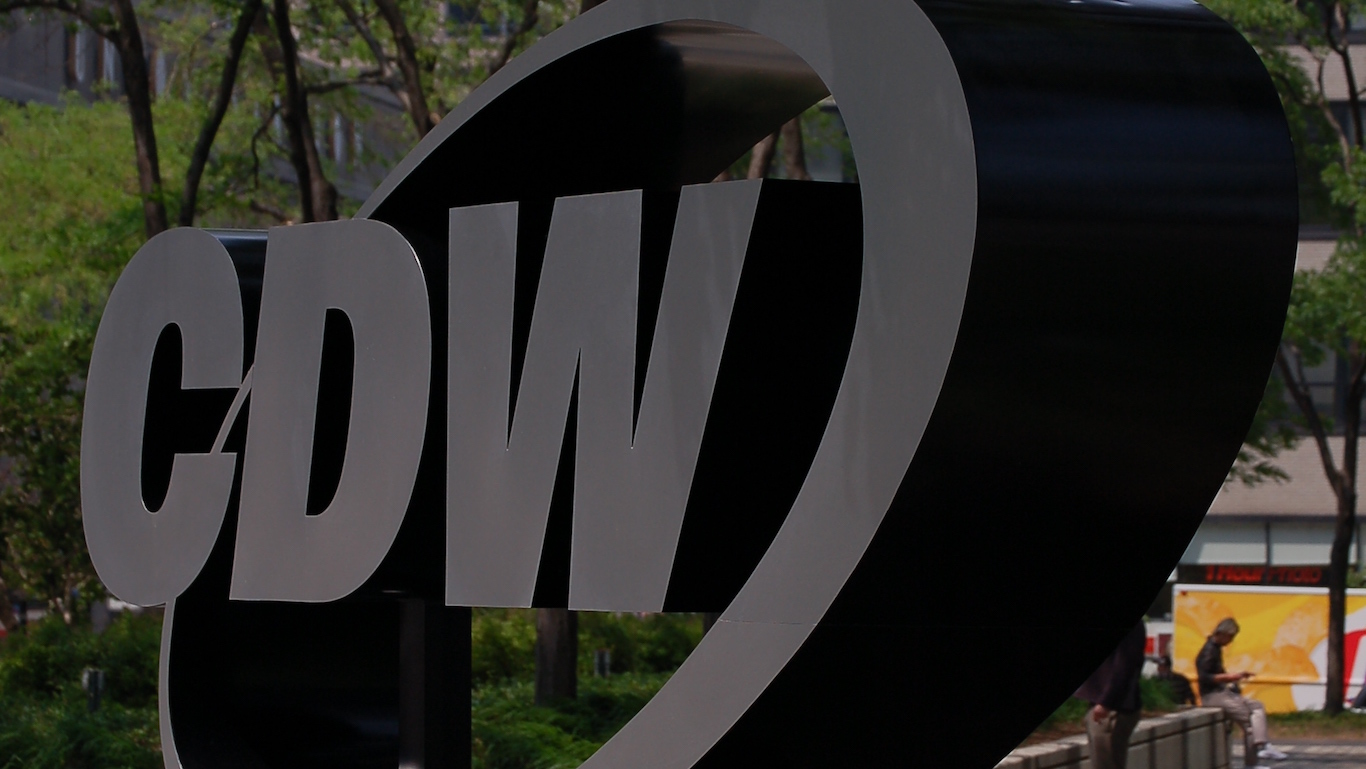 Formed in 1982, CDW has since grown to employ more than 5,000 people. The company provides technology solutions to business, government, education, and health care organizations. Sales are a large part of the company’s day-to-day operation. Many sales employees cite a positive work environment and the ability to earn a high salary as advantages to working at the company. Employees rate CDW 3.9 stars out of five on average, one of the highest scores of any U.S. company.

Employee satisfaction tends to be higher when they also approve of a company’s CEO. According to Glassdoor, 94% of CDW employees approve of CEO Thomas Richards, far higher the 68% average CEO approval rating across all companies. 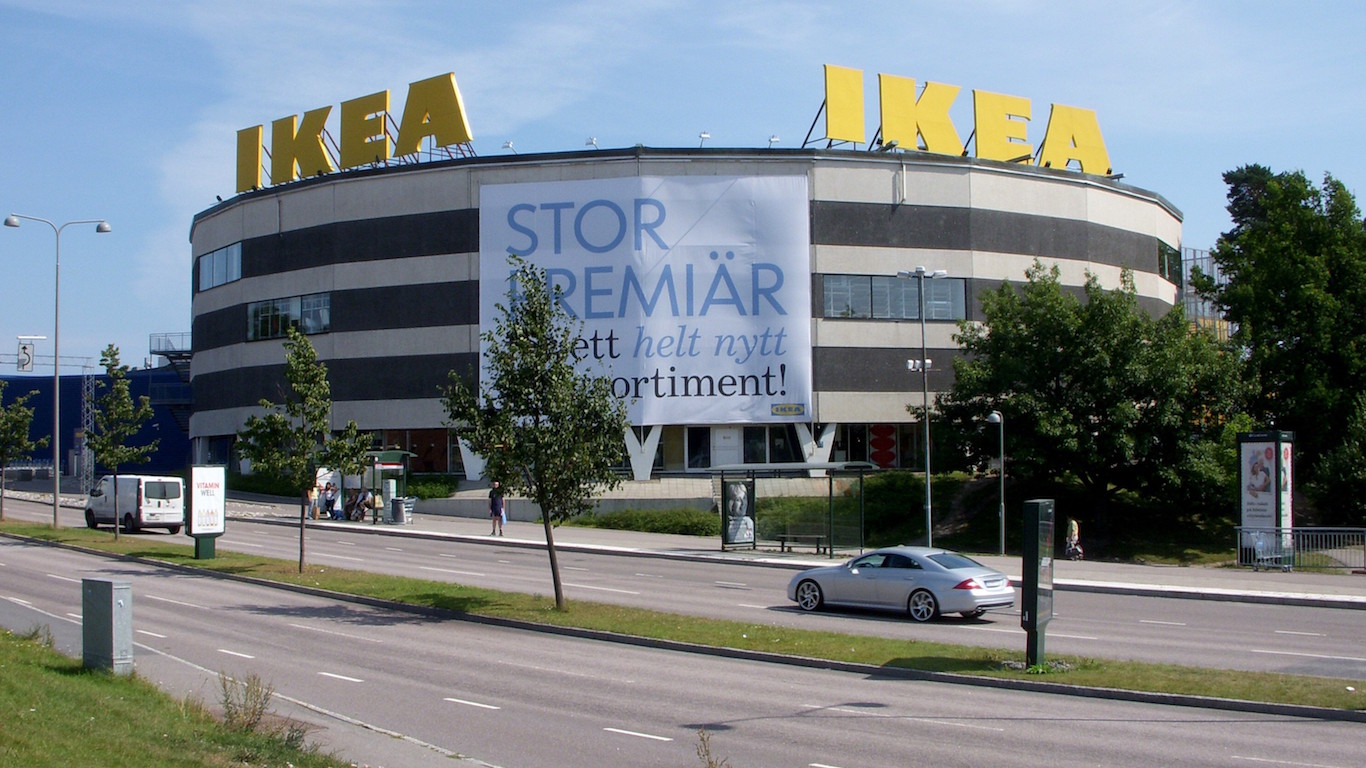 Swedish home furnishing store Ikea is known for its wide array of simple, inexpensive, and functional furniture and appliances. The company has more than 15,000 employees at various locations around the United States, and a total of over 125,000 employees around the world. As advantages to working at IKEA, employees cite the different benefits, including health benefits, vacation, and short-term and long-term disability.

According to the Human Rights Campaign Foundation, Ikea provides an equal and fair working environment to all employees regardless of their gender or sexuality. The company received a perfect score on HRC’s 2016 Corporate Equality Index. 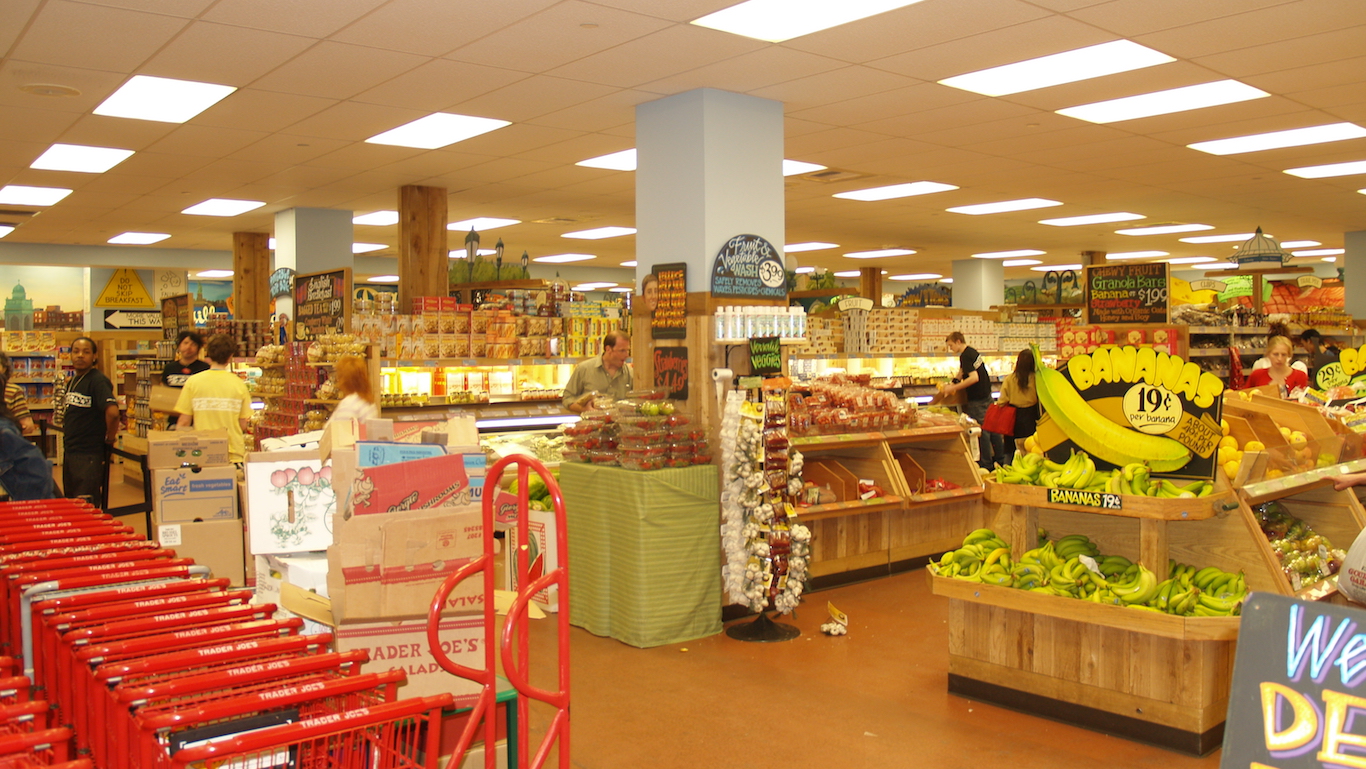 With just a few hundred U.S. stores, supermarket chain Trader Joe’s is by no means the largest grocery store in the United States. However, it is owned by German-based discount supermarket chain Aldi Nord, which is one of the largest retailers in the world. Like Aldi’s discount stores, a very large share — about 70% — of Trader Joe’s sales are of private-label items. Stocking fewer, but perhaps more unusual, products is part of the chain’s cost-cutting strategy. Industry analysts often measure these savings against higher wages for lower-level employees, which may help explain the high satisfaction among current and former employees. According to salaries reported on Glassdoor, the typical crew member at Trader Joe’s earns $14 per hour, which together with additional forms of compensation amounts to an average of $27,658 annually. By contrast, the national average annual salary for a cashier is $18,560.

Unlike most highly rated companies, however, fewer than three in four employees approve of CEO Dan Bane.