The typical Indiana household earns about $5,000 less than the national median income level. Low incomes often occur in places with low levels of education. In Indiana, 24.9% of adults have a bachelor’s degree, one of the lowest college attainment rates in the country and more than 5 percentage points below the national rate. Statewide, homes have relatively low values at a median of just $131,000, or more than $60,000 below the national median home value of $194,500. 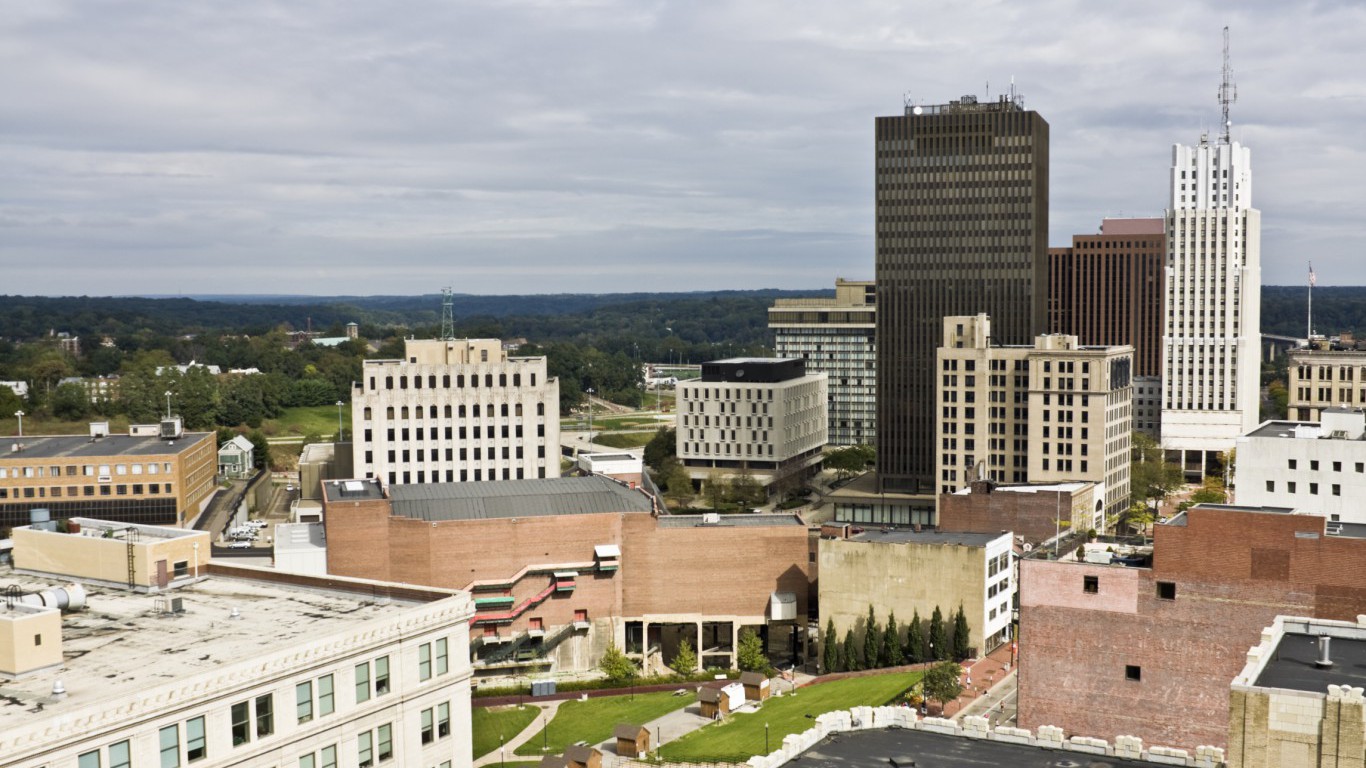 Ohio has a median household income of $51,075, about $4,700 less than the national median income. Places with lower incomes tend to have less valuable real estate. In Ohio, homes are valued relatively low at just $136,400, or more than $50,000 below the national benchmark of $194,500. Low incomes in the state may be tied to the relatively small share of adults with a college education. In Ohio, just 26.8% of adults have a bachelor’s degree. Conditions may be improving slightly in the state as the share of Ohio’s population living in poverty has declined from 16.4% to 14.8%. 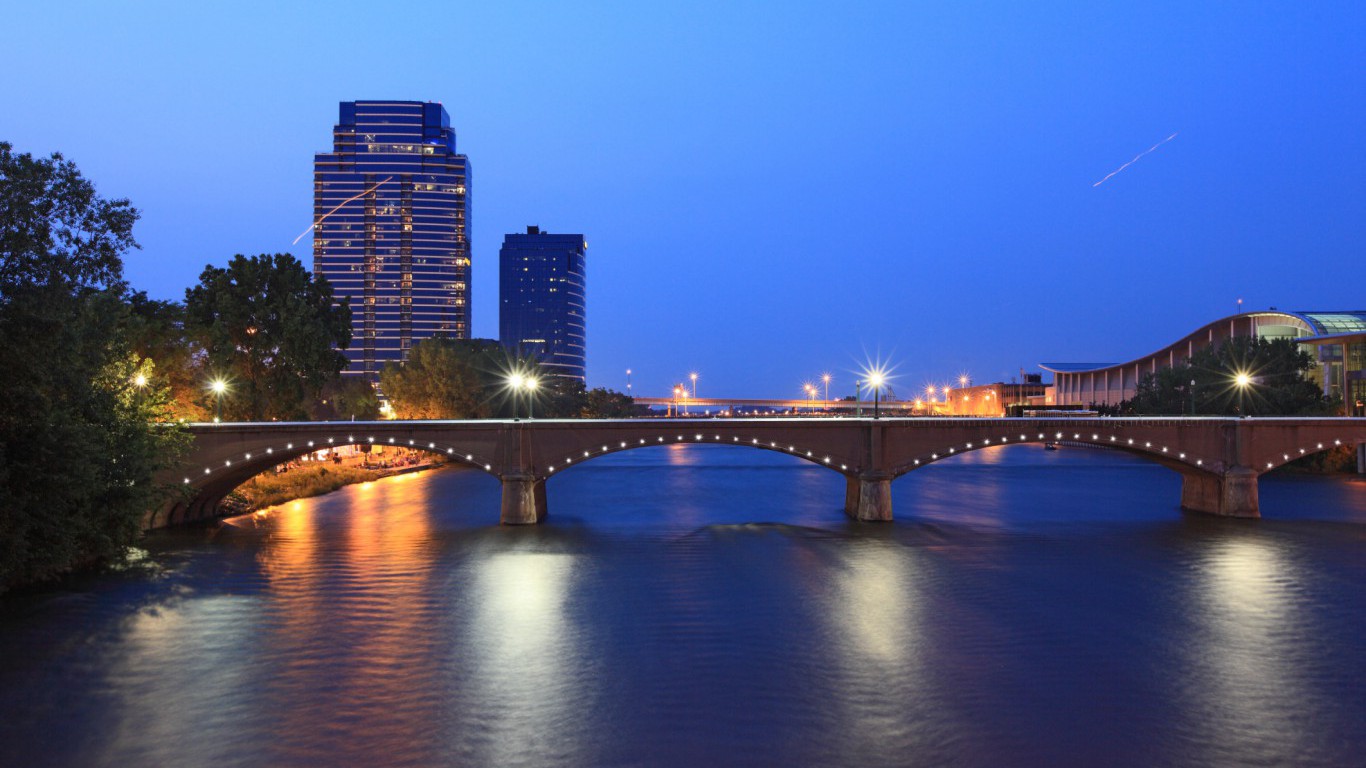 Michigan’s median household income of $51,084 In many states with lower household incomes, poverty is also a problem. Michigan has the 15th highest poverty rate in the country at 15.8% of residents. A weak job market can be a drag on incomes. At 5.4%, the state had one of the highest unemployment rates in the country in 2015. Low incomes often correspond with low educational attainment, and Michigan is no exception. In Michigan, 27.8% of adults have a bachelor’s degree compared to a national college attainment rate of 30.6%.

While not a perfect correlation, poverty tends to be more common in low income states. Georgia’s poverty rate of 17.0% is ninth highest in the country. To help alleviate conditions for those living below the poverty line, the government assists a disproportionate number of Georgia families. The 14.1% of state households relying on food stamps is the 15th highest such share in the country. The state’s low incomes are also likely tied to its relatively weak job market. At 5.9%, the state had one of the higher unemployment rates in the country in 2015.

States with high unemployment tend to have lower incomes. Arizona’s 2015 annual unemployment rate of 6.1% was the eighth highest in the country. Matching another trend among low-income states, Arizona also has the eighth highest poverty rate in the country at 17.4%. The state’s low incomes may be tied to the relatively small share of adults in the state who pursued higher education. Just 27.7% of adults in Arizona have a bachelor’s degree.