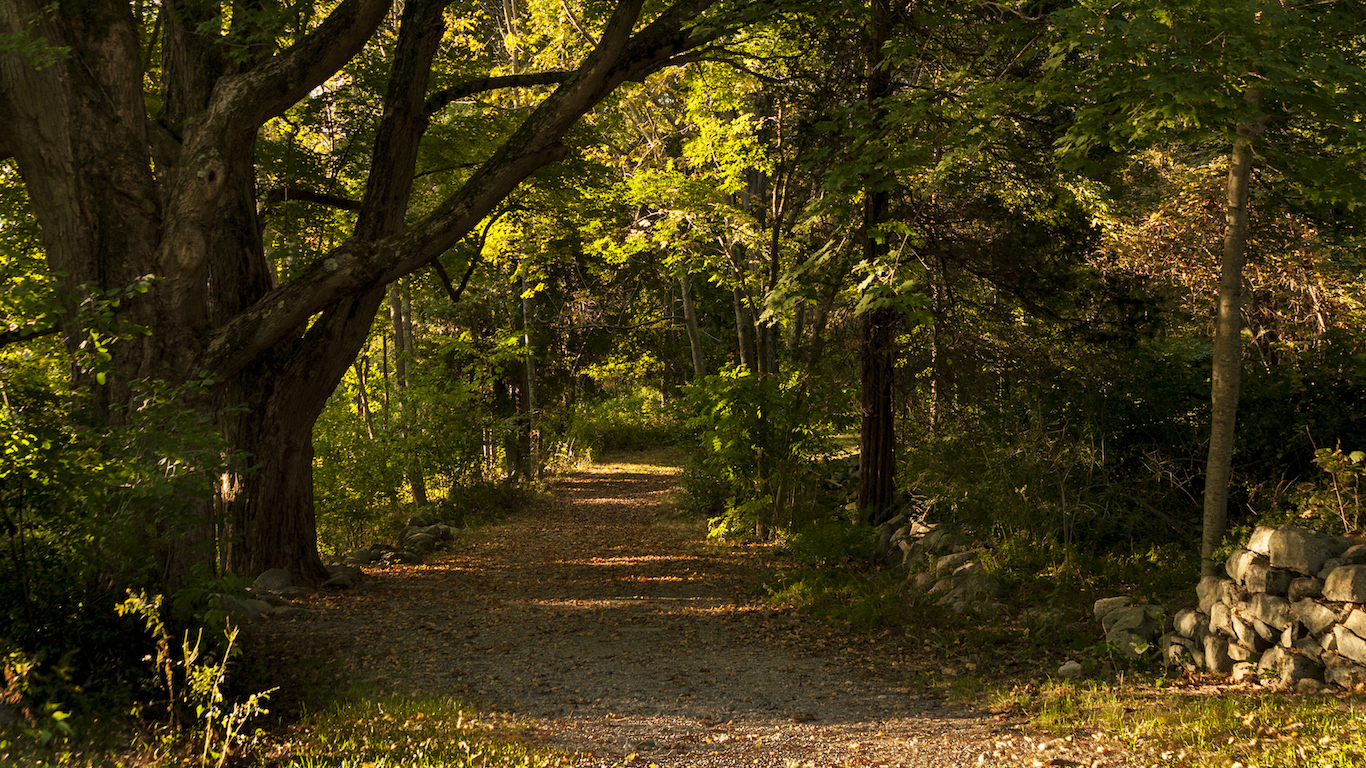 Sharon, Massachusetts, is home to about 25,000 residents, with about 26% of them 14 years of age or younger. Only about 15 miles southwest of downtown Boston, there are 10 stores in and around Sharon that provide a wealth of costumes options. 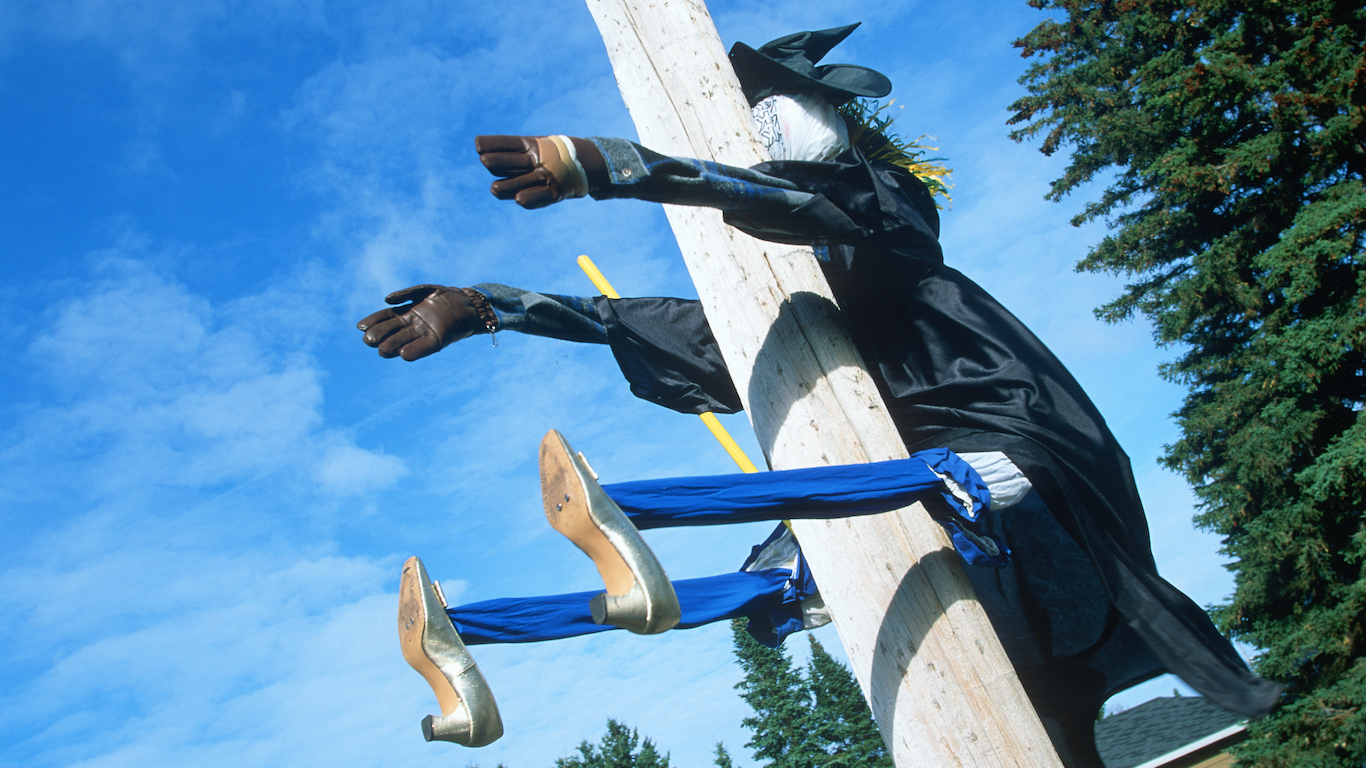 East Grand Rapids is chock-full of Halloween-esque attractions, most notably haunted houses and an amusement park called The Haunt. This 20,000 square foot indoor facility has been inducing fear — and thrill — in western Michigan residents since 2001. With one-quarter of its population kids 14 years and younger, passing out candy to innocent trick-or-treaters should keep residents busy. 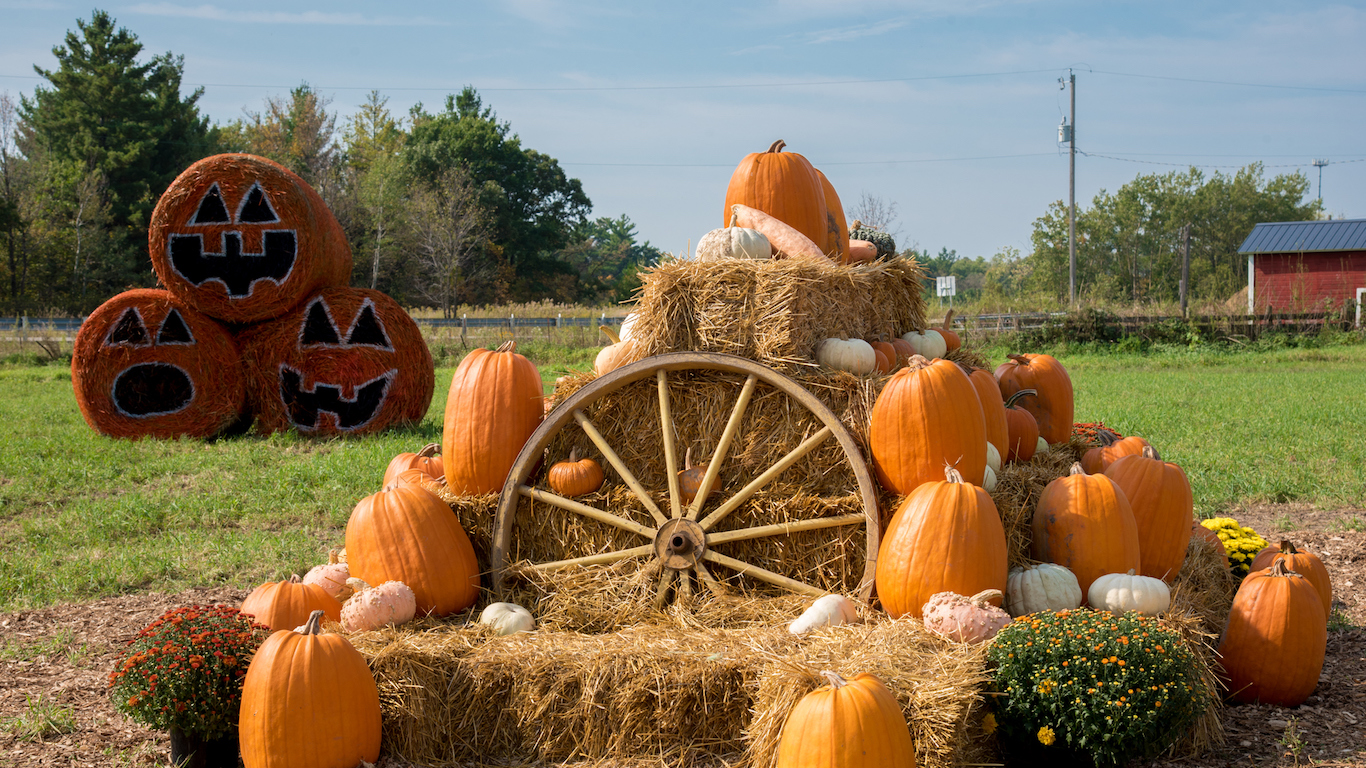 For some, the costume makes or breaks the Halloween experience. In Farmington, Minnesota there are 10 costume stores within a short radius from the town, so there are plenty of options to construct the perfect outfit for the occasion. With more than 1 and 4 residents in the town 14 years or younger, the trick-or-treat scene is bound to be a popular event. Luckily, the town has minimal violent crimes, with only 43 incidences reported per every 100,000 residents. 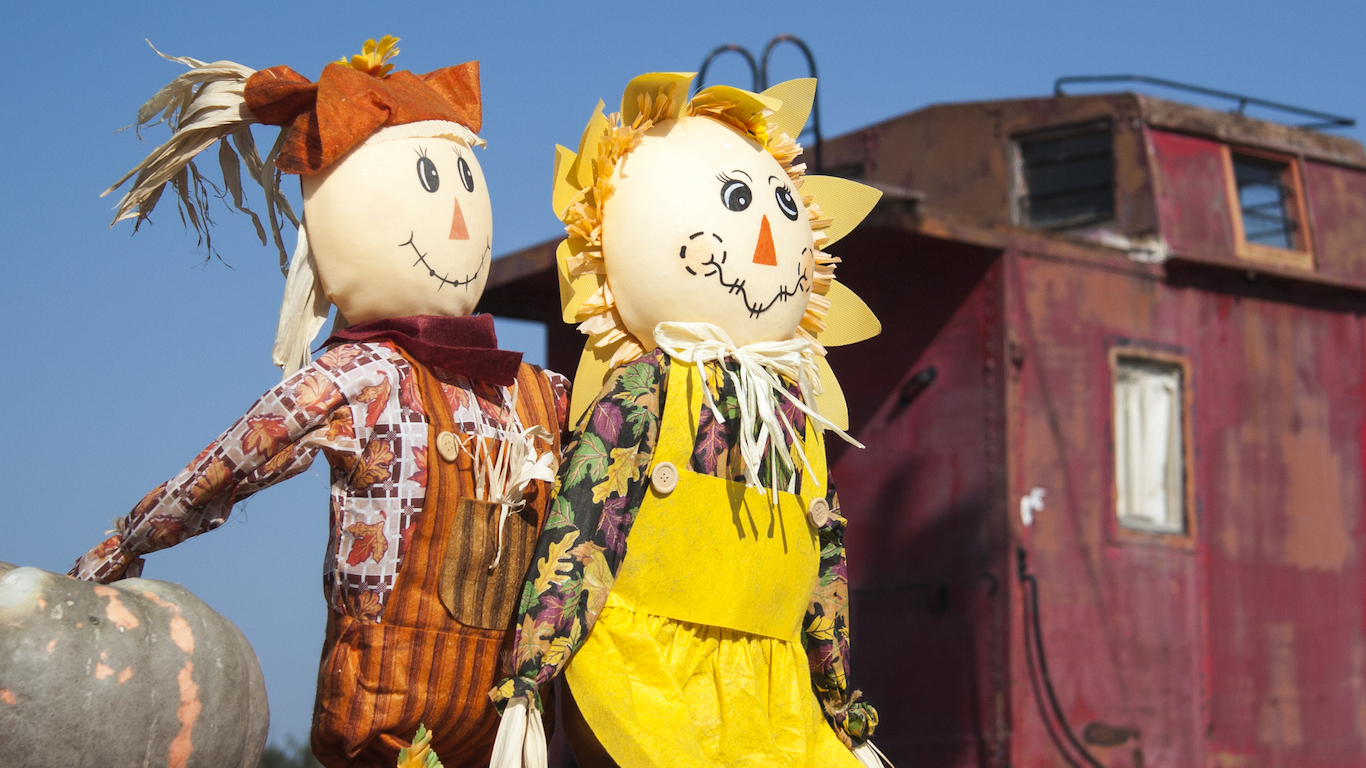 The average temperature in late October in Brandon, Mississippi — a southern state — is a warm 64 degrees. Trick-or-treaters, and their parents, can wander around their respective neighborhoods with a sense of security. Only 62 violent crimes are reported per every 100,000 residents, the fourth lowest violent crime rate out of all 37 Mississippi towns. 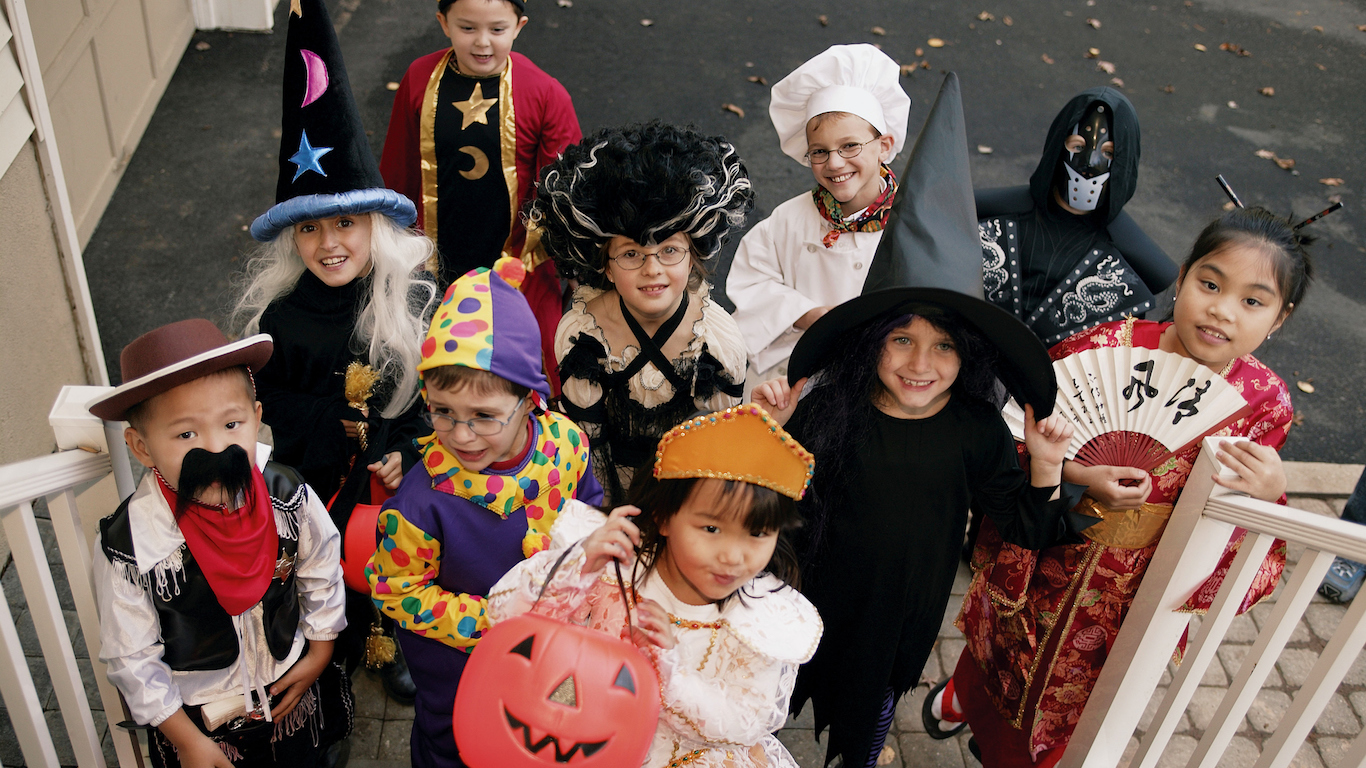 Glendale, Missouri, is home to fewer than 6,000 people, with over one-quarter of the population 14 years and younger children. Being only a 20 minute car ride away from the big city of St. Louis, Glendale has a myriad of costume stores nearby, 10 to be exact, including Johnnie Brock’s Dungeon, a costume rental warehouse.