The Stories Behind America's Corporate Logos 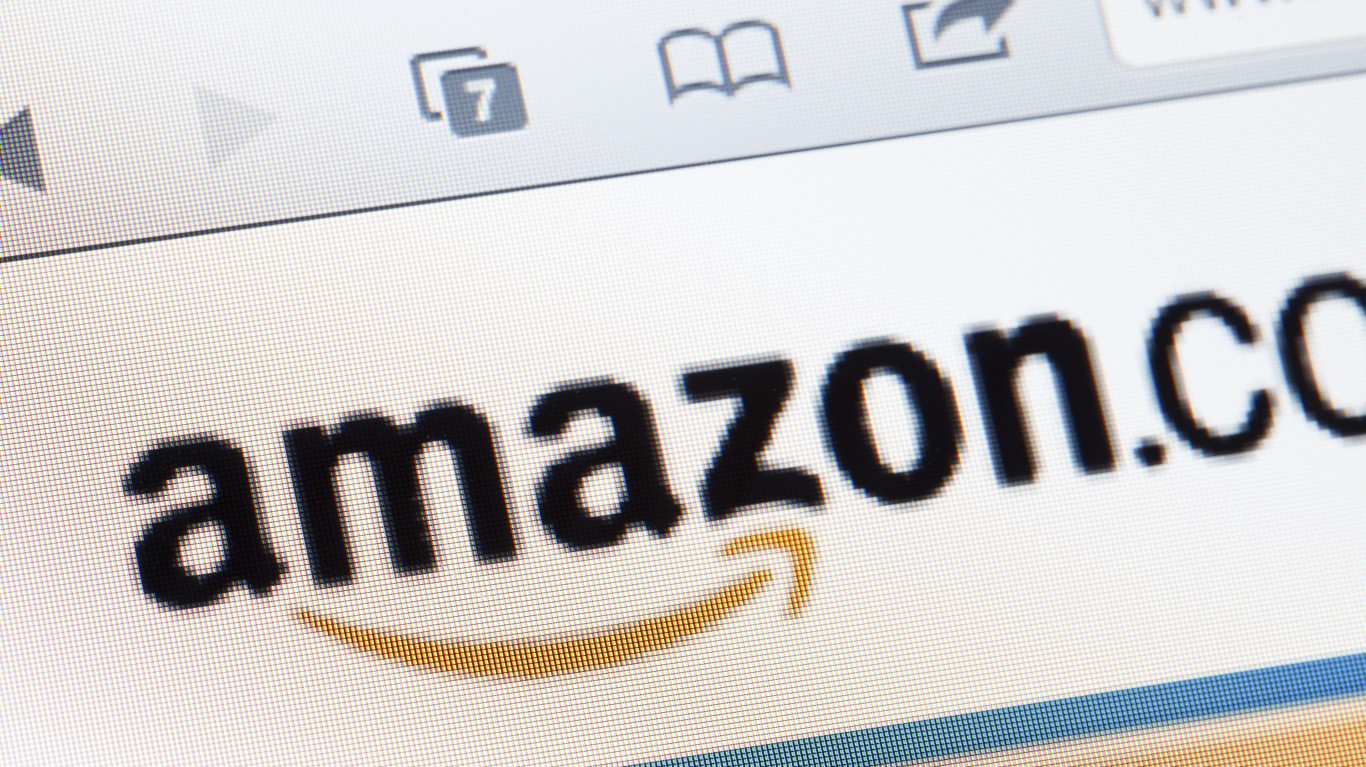 Amazon.com’s logo went through three iterations in the company’s 24-year history, starting with variations of a capital “A” icon featuring a curvy profile of a river, a nod to the company’s namesake. Jeff Bezos had settled on the name because it included the letters “a” and “z” to represent the wide range of books offered on the platform. Eventually, the “A” icon was scrapped, and the company experimented briefly with different typesets of “Amazon.com.” Later, the company hired creative agency Turner Duckworth to create Amazon’s versatile logo, with its whimsical smile-shaped arrow that connects the “a” with the “z.” 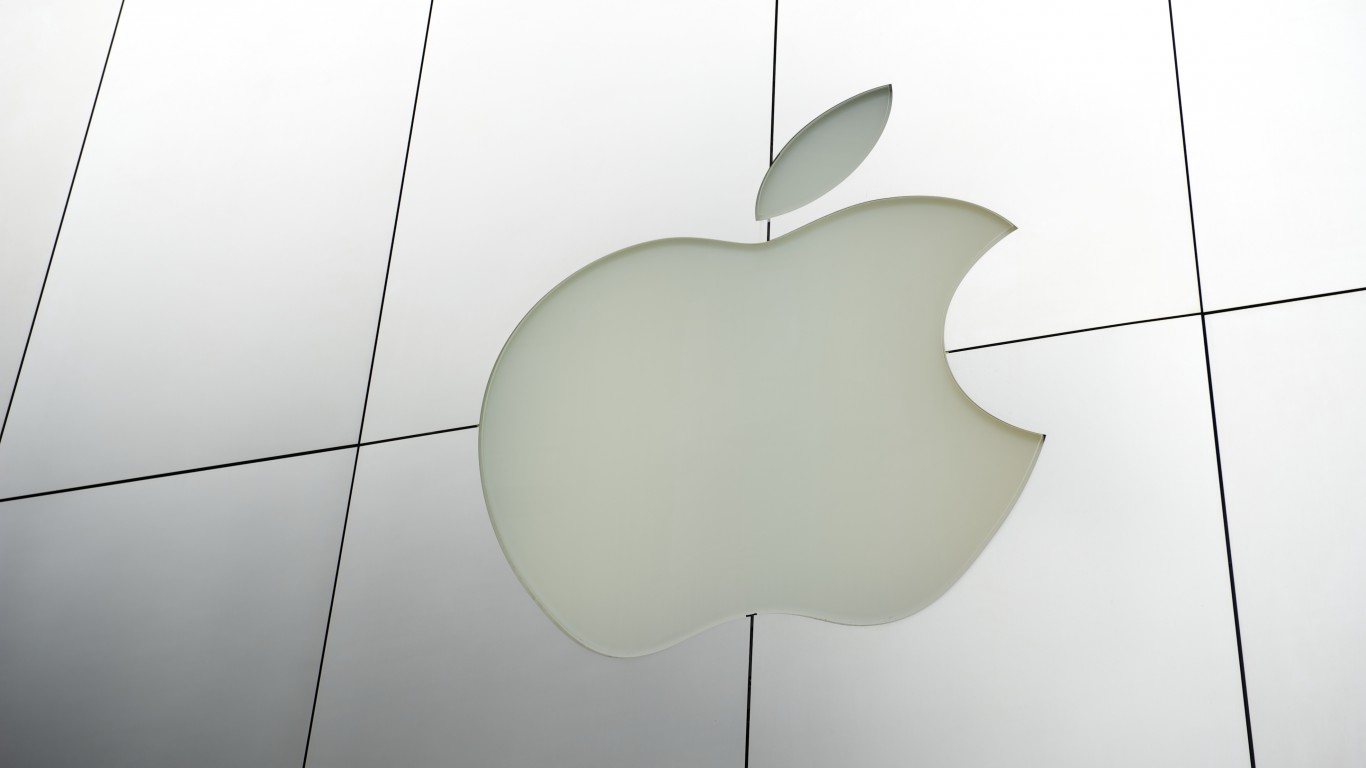 Apple’s logo looks significantly different than the hand-drawn original produced in the 1970s by company co-founder Ronald Wayne. Wayne was inspired by the (fictional) story of an apple falling on Isaac Newton’s head that gave the 17th century scientist his “eureka!” moment regarding the theory of gravity. The logo was short-lived because co-founder Steve Jobs reportedly found it to be too old fashioned for a forward-thinking computer company. But Wayne’s idea of using Newton’s apple as a symbol of science and innovation was so fitting that the simple Apple icon has endured for more than 40 years.

24/7 Wall St.
The Oldest Corporate Logos in the World 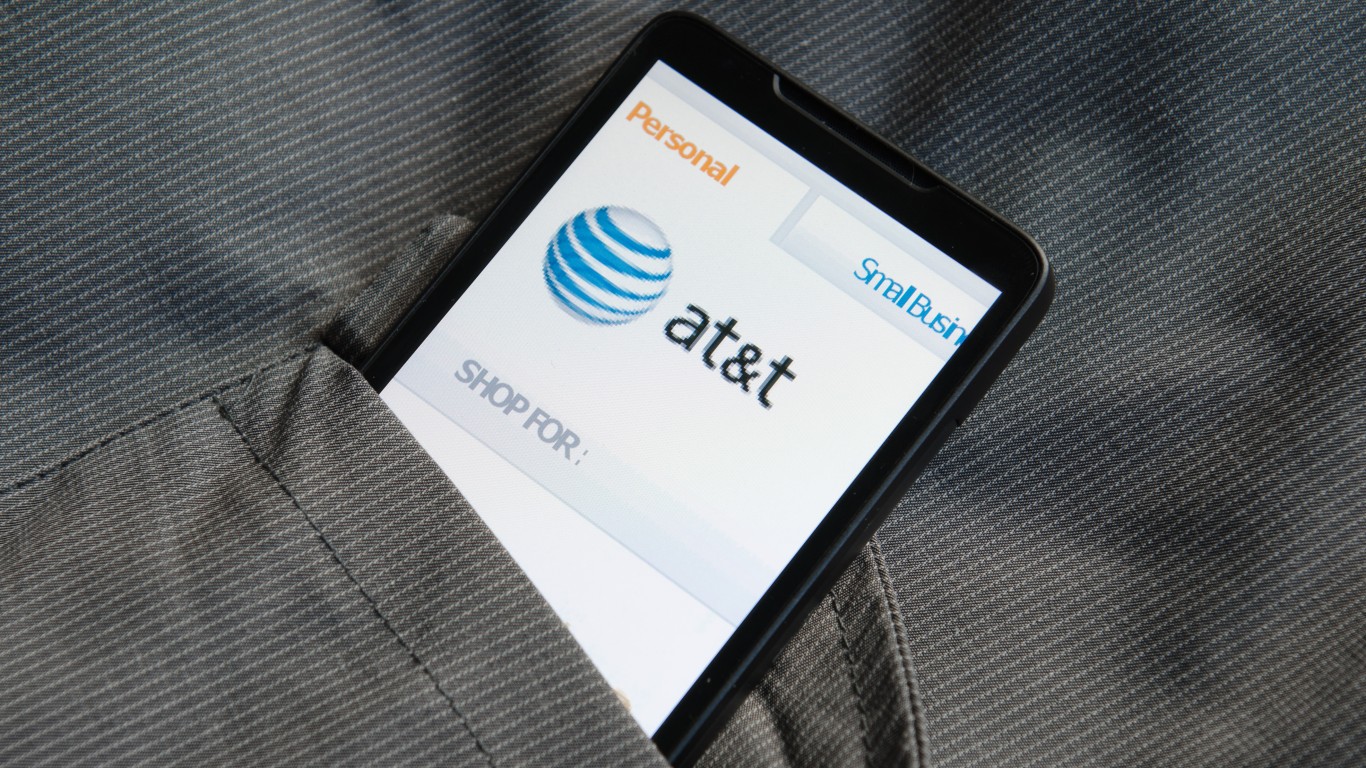 For nearly a century, AT&T used a bell in its logo as a homage to its founder, Alexander Graham Bell. The Scottish-born telephone inventor founded in 1877 the Bell Telephone Company, which later became AT&T. After AT&T settled in 1982 with the U.S. Department of Justice to break up its local phone service monopoly, the company scrapped the bell icon to better reflect its pivot to global long distance services. Since 1983, AT&T has used different iterations of its banded globe logo to reflect its global reach, a logo that continues to work well in the era of broadband internet. 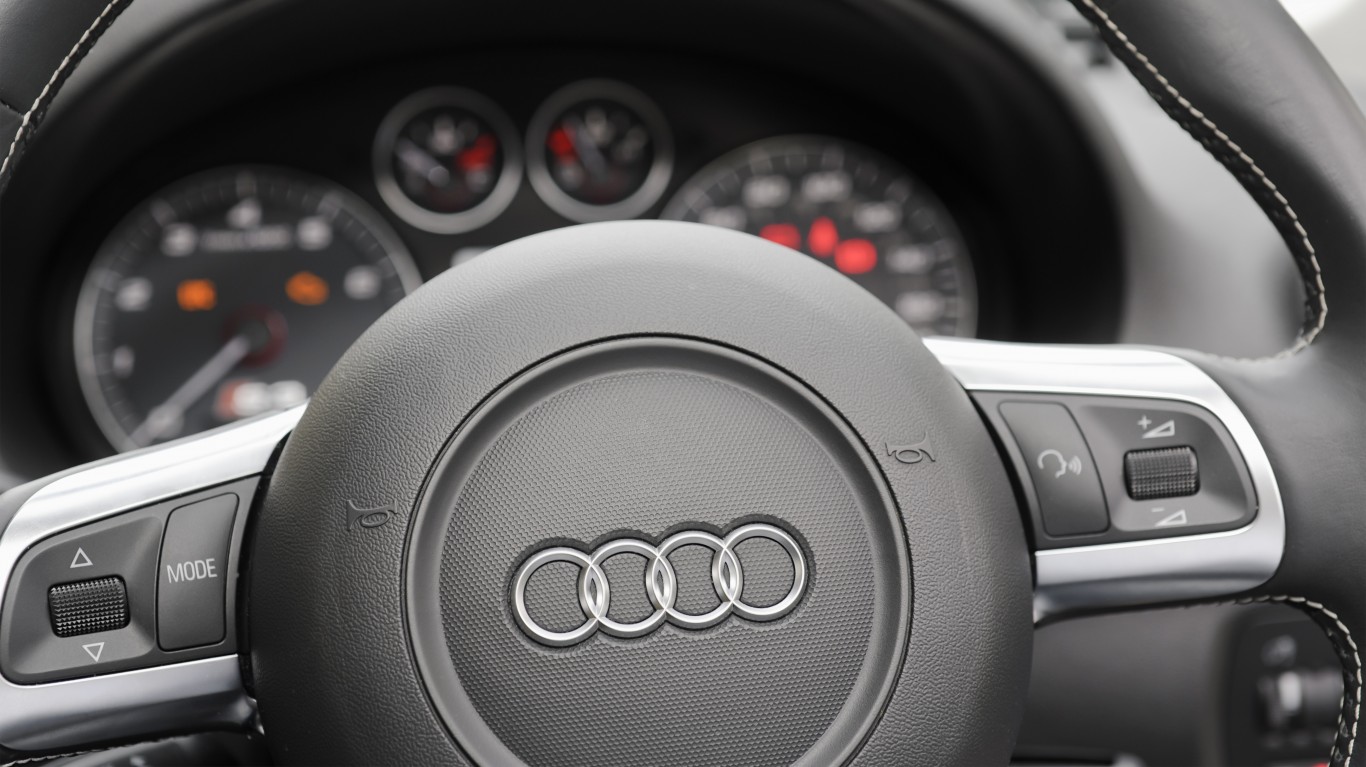 Audi’s logo has been four interlocking circles since 1932, after the company that was founded in 1909 absorbed three other automakers — Horch, DKW, and Wanderer. Each ring represents one of the companies. Horch was named after renowned German auto engineer August Horch, who founded Audi after leaving his namesake company. Audi has been part of Volkswagen Group since the 1960s. 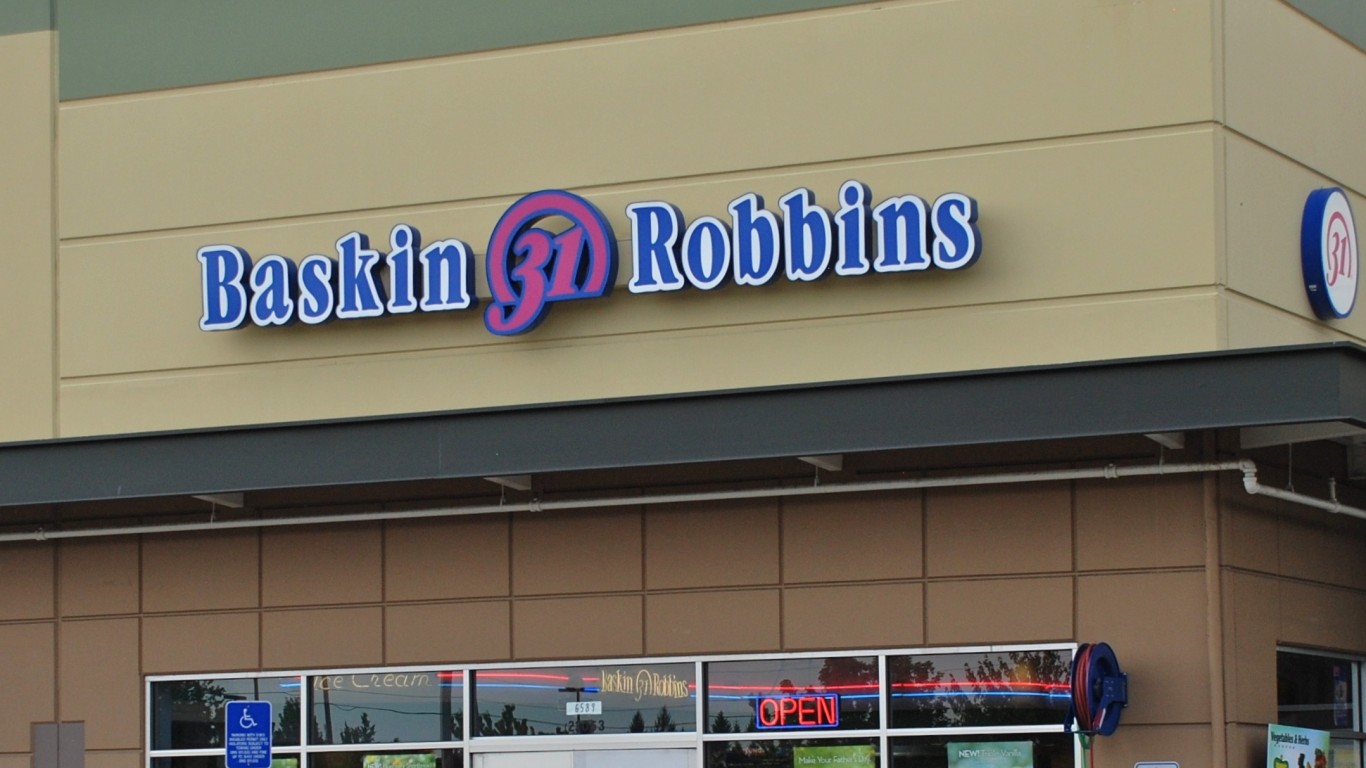 The U.S.-based global chain has been dishing out icy treats for more than 60 years. Since 1953, the company has used its “31 flavors” identity to signify its diverse selection of ice cream flavors — one for every day of the month. The “31” trademark and candy-color palate has endured through the decades. In 2007, the company overhauled its brand, but preserved the “31” number by incorporating it into the “B” and “R” of the new logo. Baskin-Robbins and its much larger Dunkin’ sibling company are both owned by Dunkin Brands, which has been working to bring the two stores together under one roof.