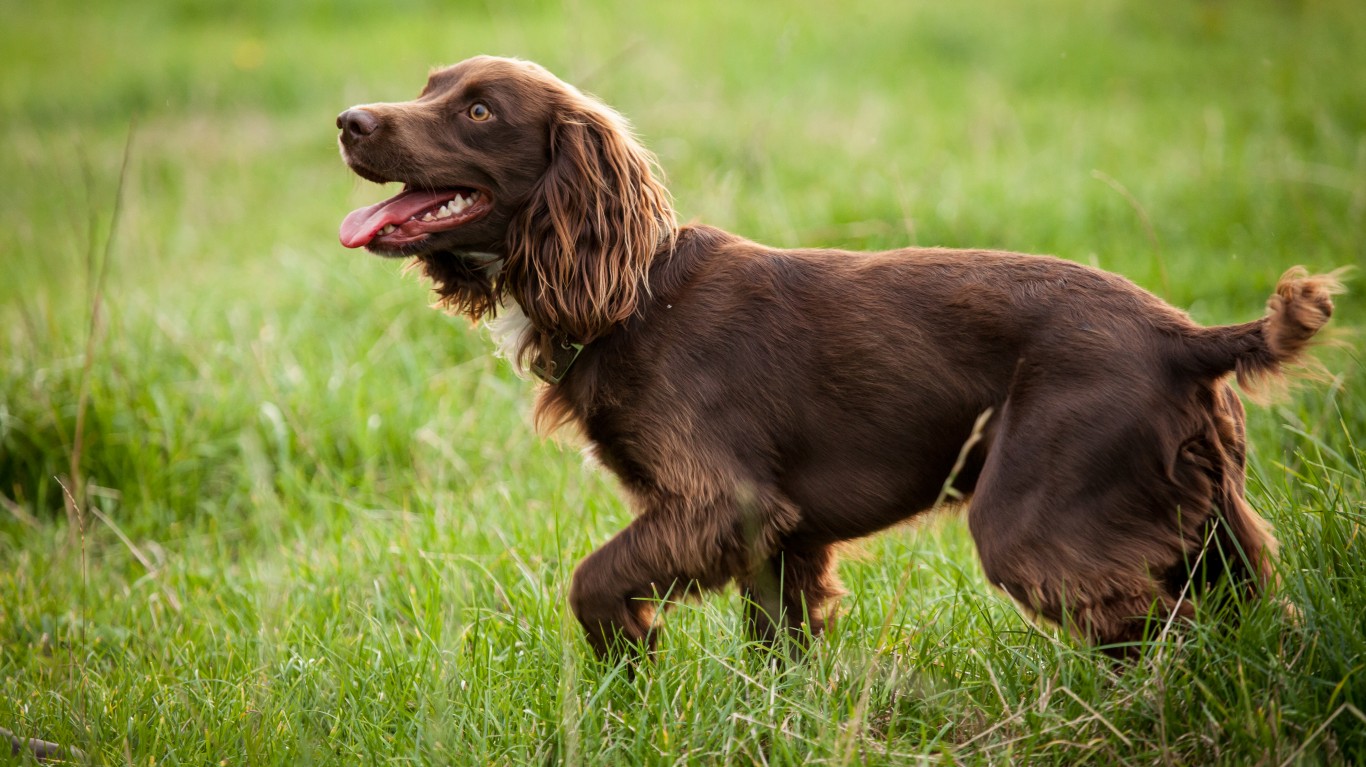 The Boykin spaniel is named after L.W. “Whit” Boykin, who created the breed in the early 1900s to hunt ducks and wild turkeys in South Carolina’s swampy terrain. Conditions there required a rugged dog that could retrieve birds on land and water and could fit in a small boat. The Boykin spaniel became the official state animal of South Carolina in 1985. 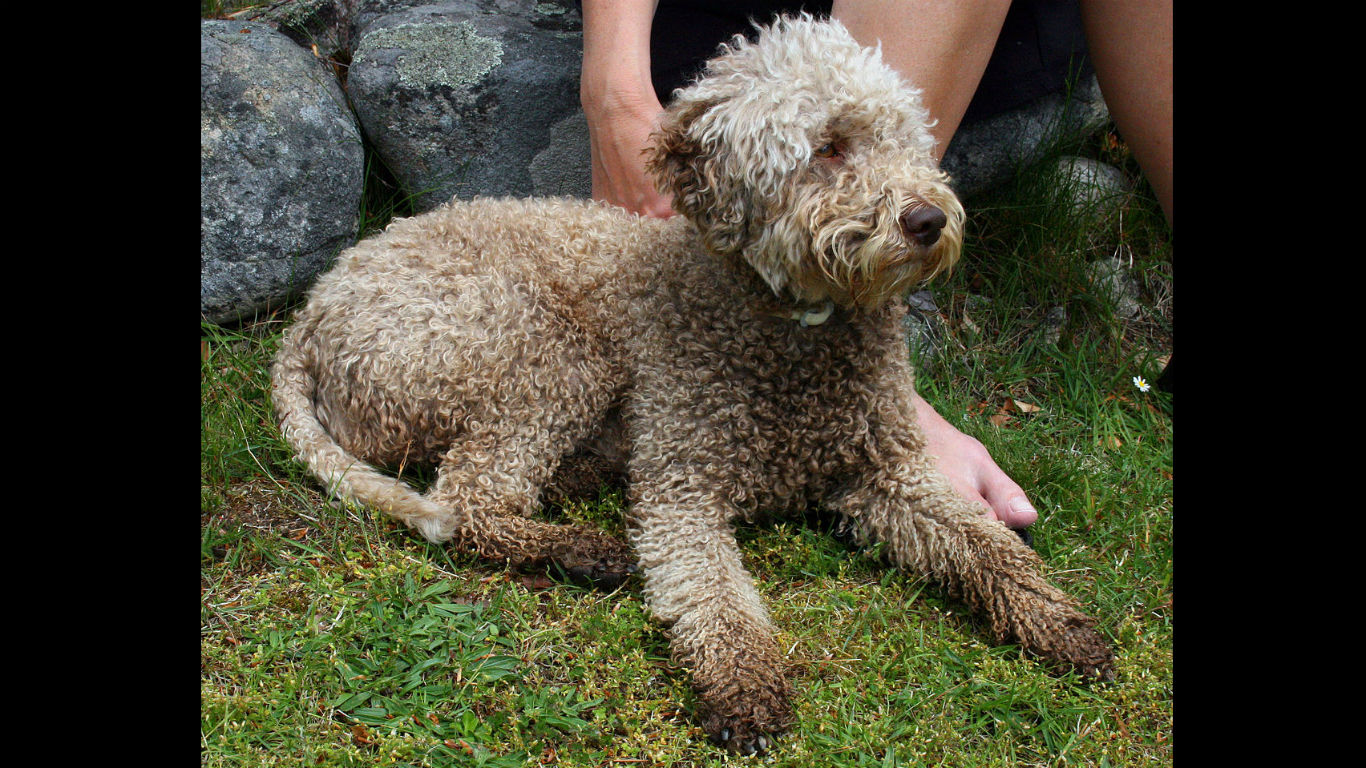 Lagotti Romagnoli (singular: Lagotto Romagnolo) were originally bred as waterfowl retrievers but have become best known for truffle hunting because of their fabulous sense of smell. They have a curly coat that is more like human hair than fur. 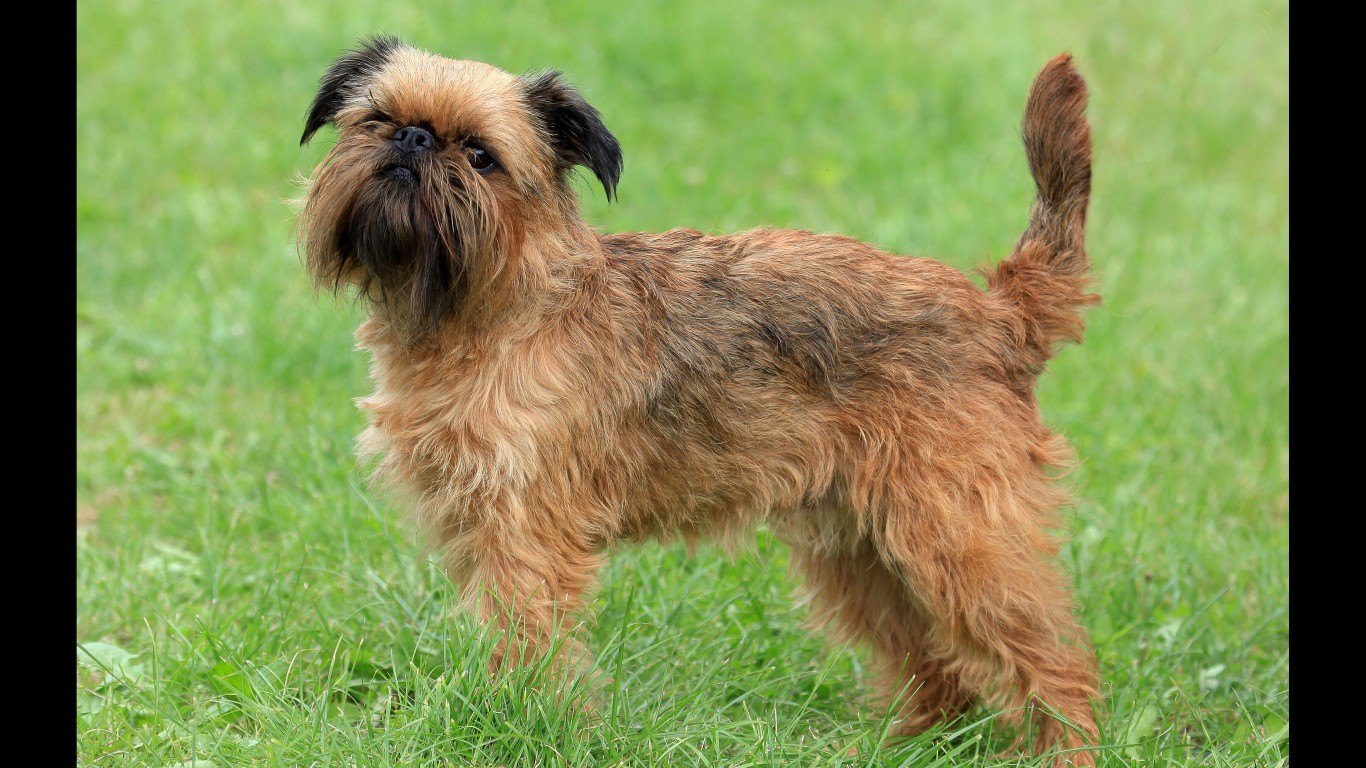 The Brussels griffon is an affectionate breed with big black eyes and a beard. It has a noisy bark and makes a good watchdog, despite its small stature — it’s typically less than 10 inches tall and weighs less than 15 pounds. It has a long life expectancy of up to 15 years. 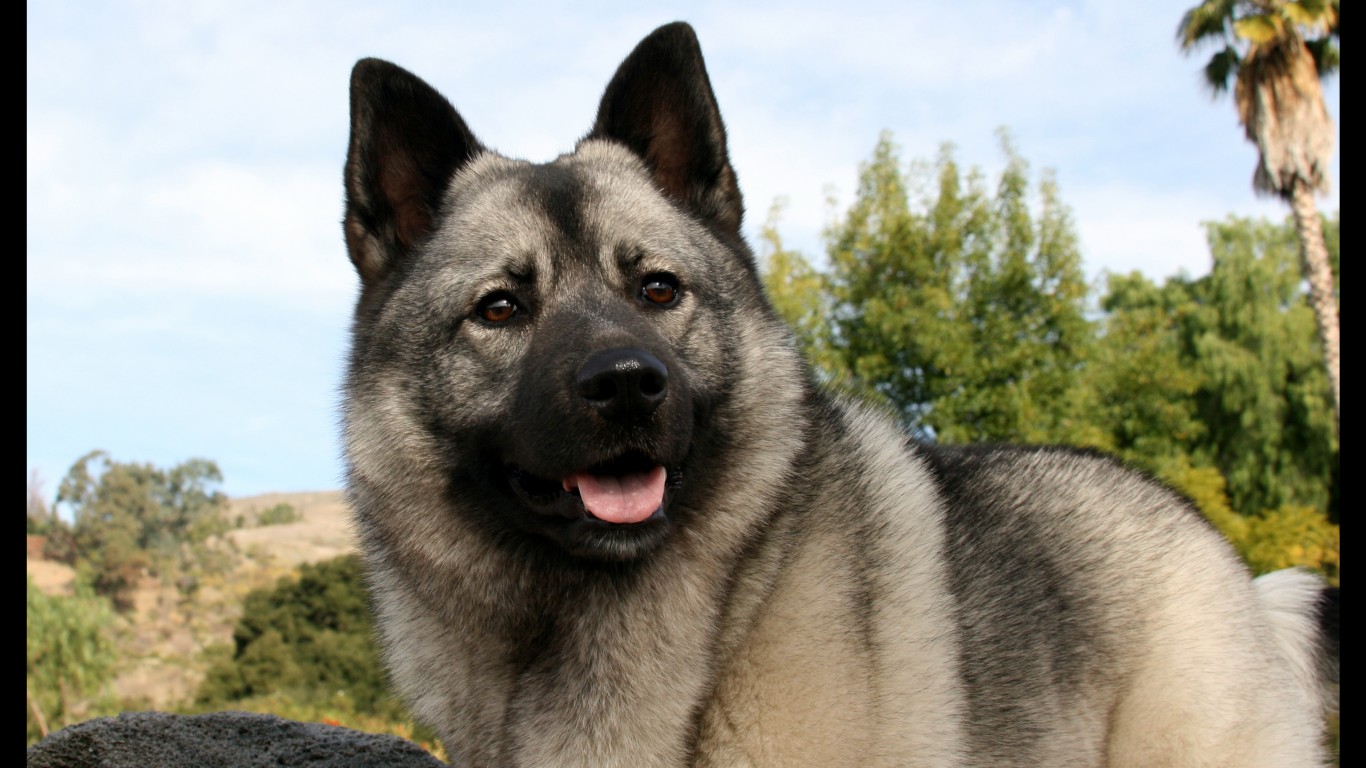 The Norwegian elkhound is an ancient spitz-type dog. As the name suggests, it was bred to hunt the giant elk, a formidable foe. It was popular with the Vikings and sailed with them on their voyages of exploration and conquest. 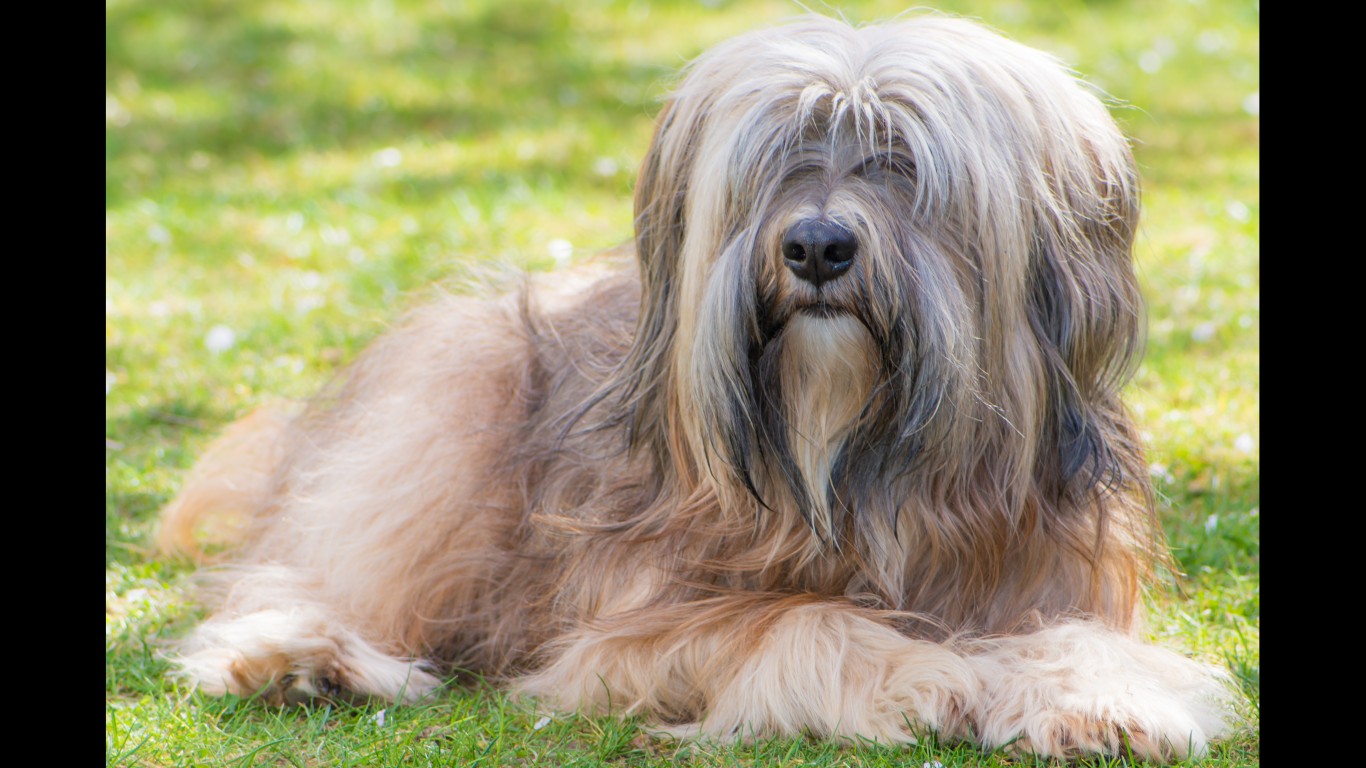 The Tibetan terrier is a double-coated dog that was bred as a watchdog for Buddhist monasteries. It has also served as a herder and guard dog. It is similar in appearance to its smaller cousin, the Lhasa apso. 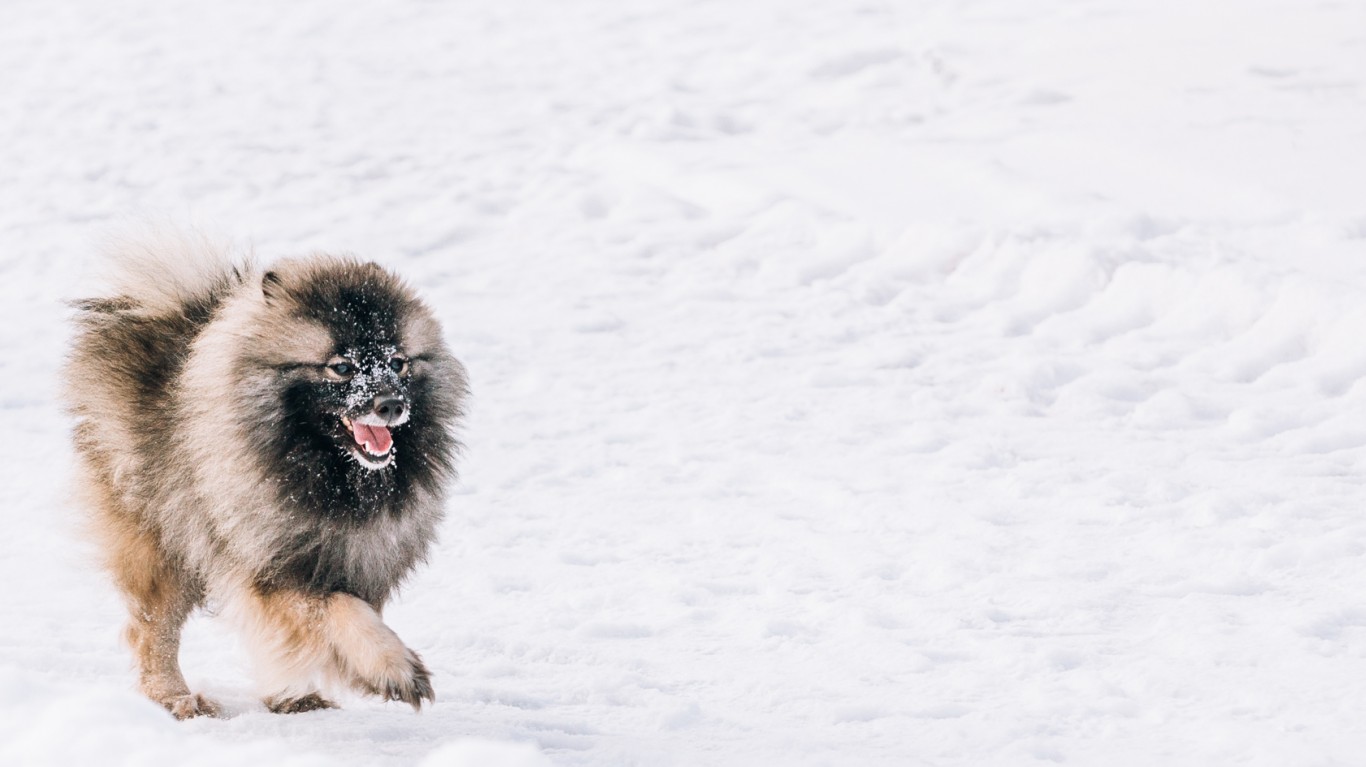 The keeshond is a medium-sized dog with a fox-like face and markings and shadings around the eyes that resemble spectacles. It is cute, friendly, and excels as a therapy dog. The keeshonden kept Dutch sailors company as they prowled the waters around the Low Countries. 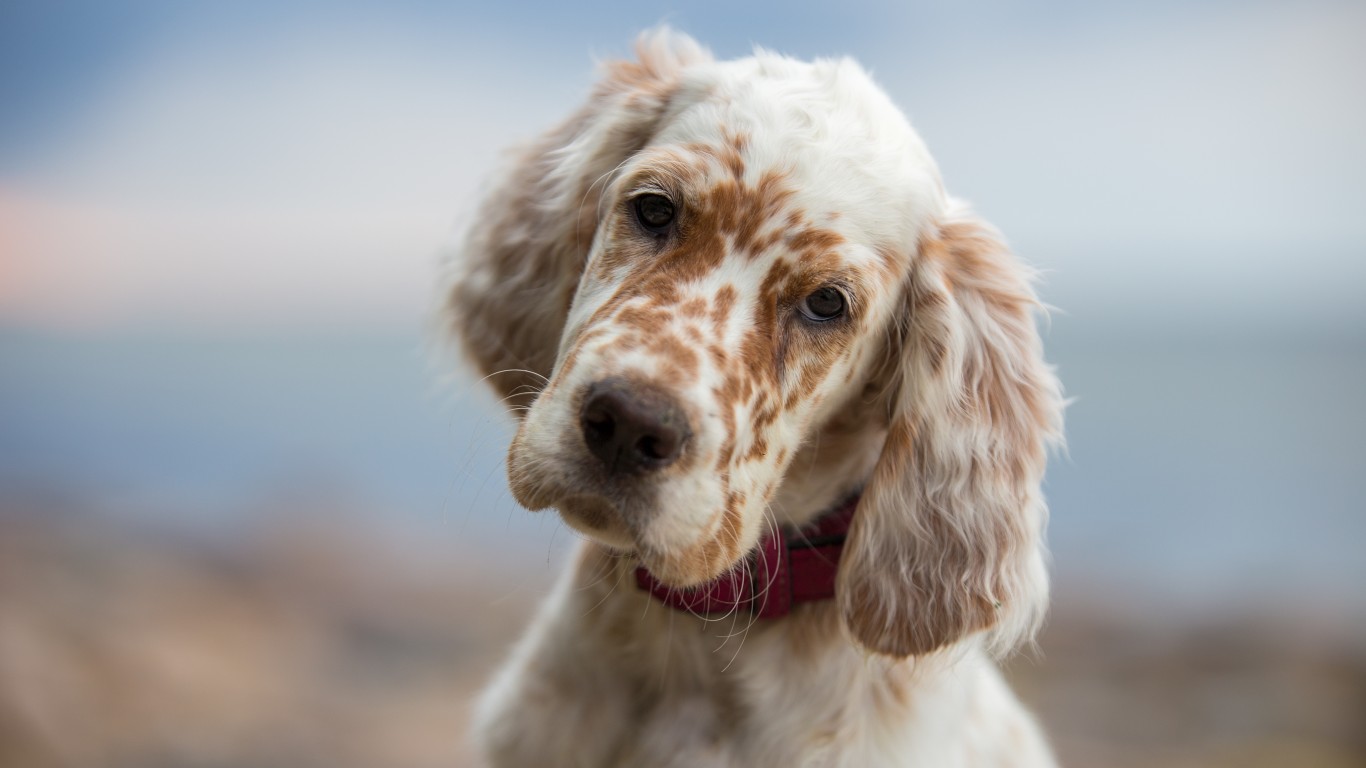 The English setter’s name says it all — it was bred in England by country gentlemen who crossed spaniels and pointers to create a breed that would “set” — or crouch low — after finding game birds. English setters have a unique speckled coat pattern that can include such colors as orange and lemon. 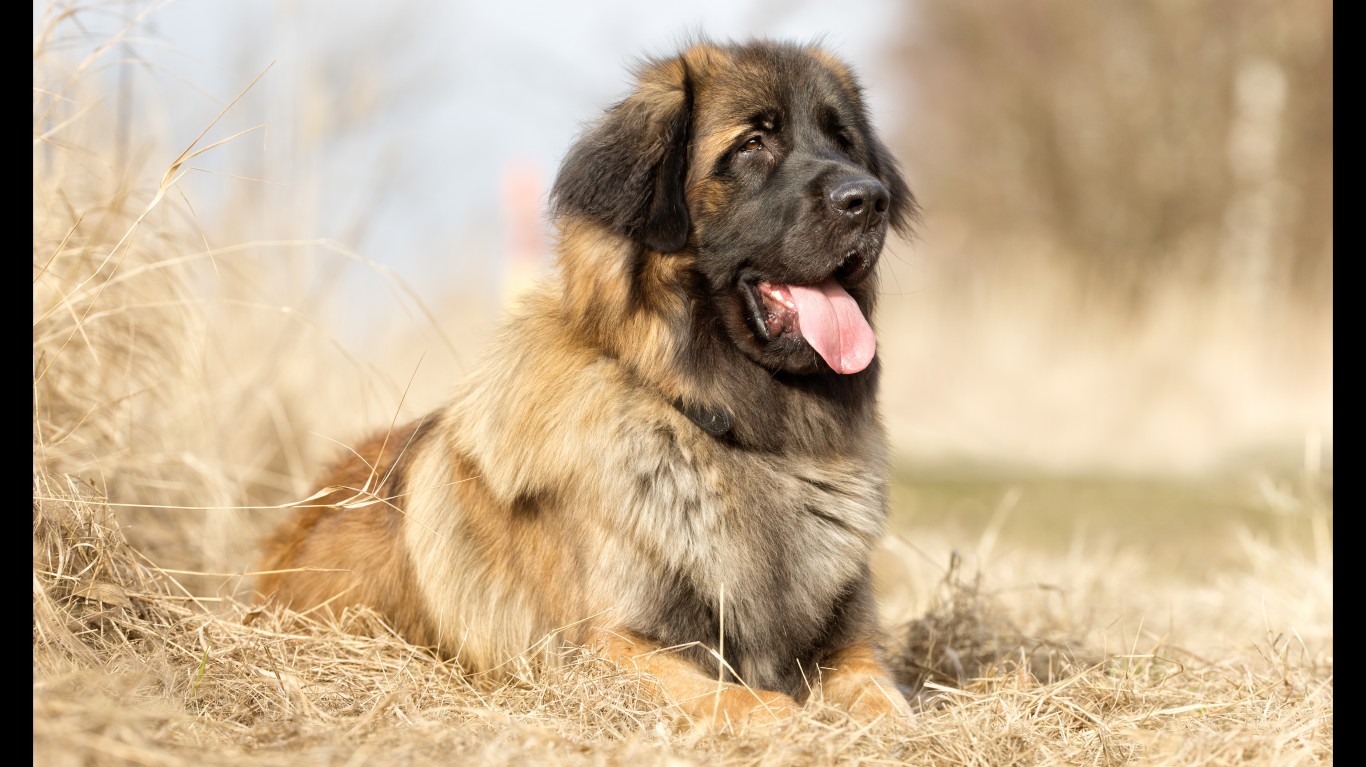 Leonbergers are large and powerful dogs that can weigh as much as 170 pounds, but they have a gentle and playful temperament. The breed is named after the German city of Leonberg, where the breed originated. Leonbergers came to the United States in the 1970s and became part of the AKC Working Group — dogs specially bred to work at jobs like guarding, pulling sleds, or rescuing people — in 2010. One caveat: They have a short life expectancy of only nine years. 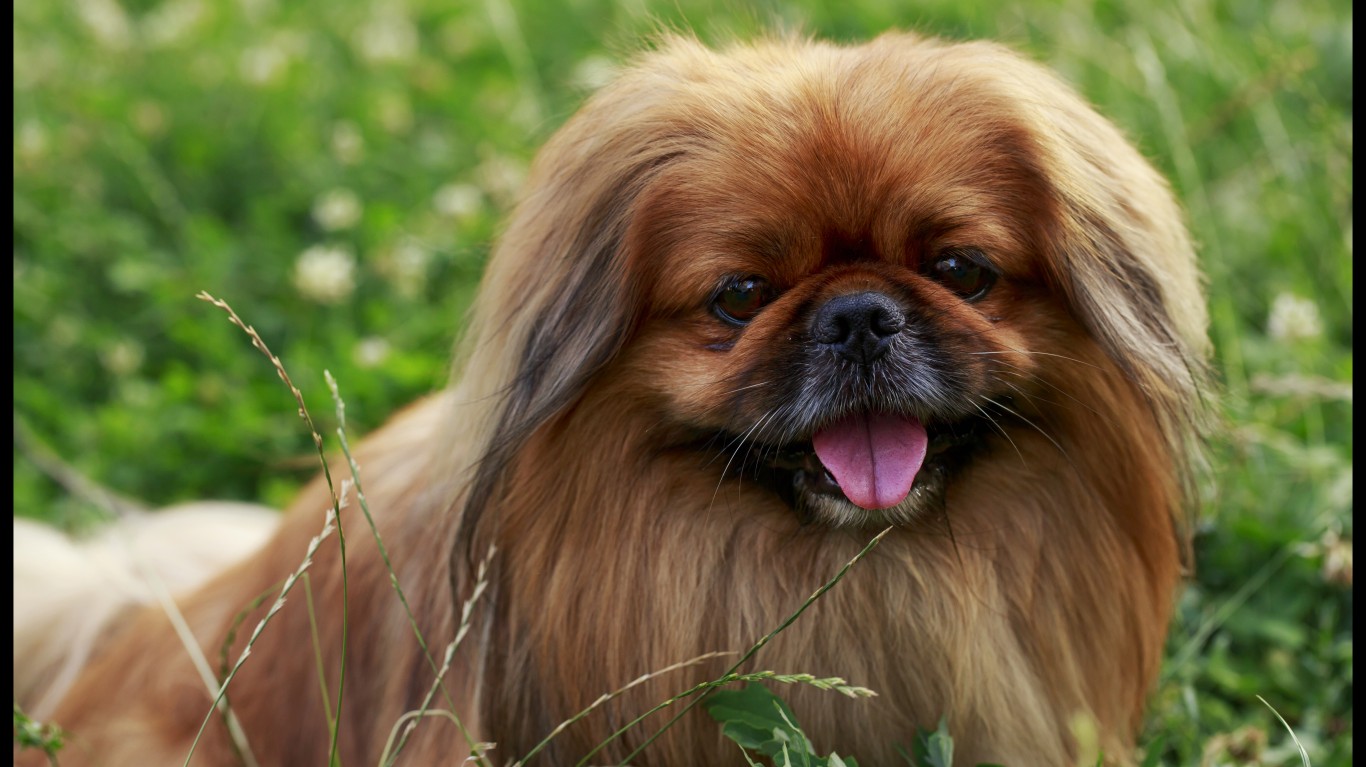 The Pekingese was bred to be a small enough lapdog for Chinese royalty to fit inside the huge sleeves of ancient Chinese garments. Even so, it was used as a guard dog. The Pekingese is a survivor — one of the two dogs to escape the Titanic was a Pekingese named Sun Yat-sen. 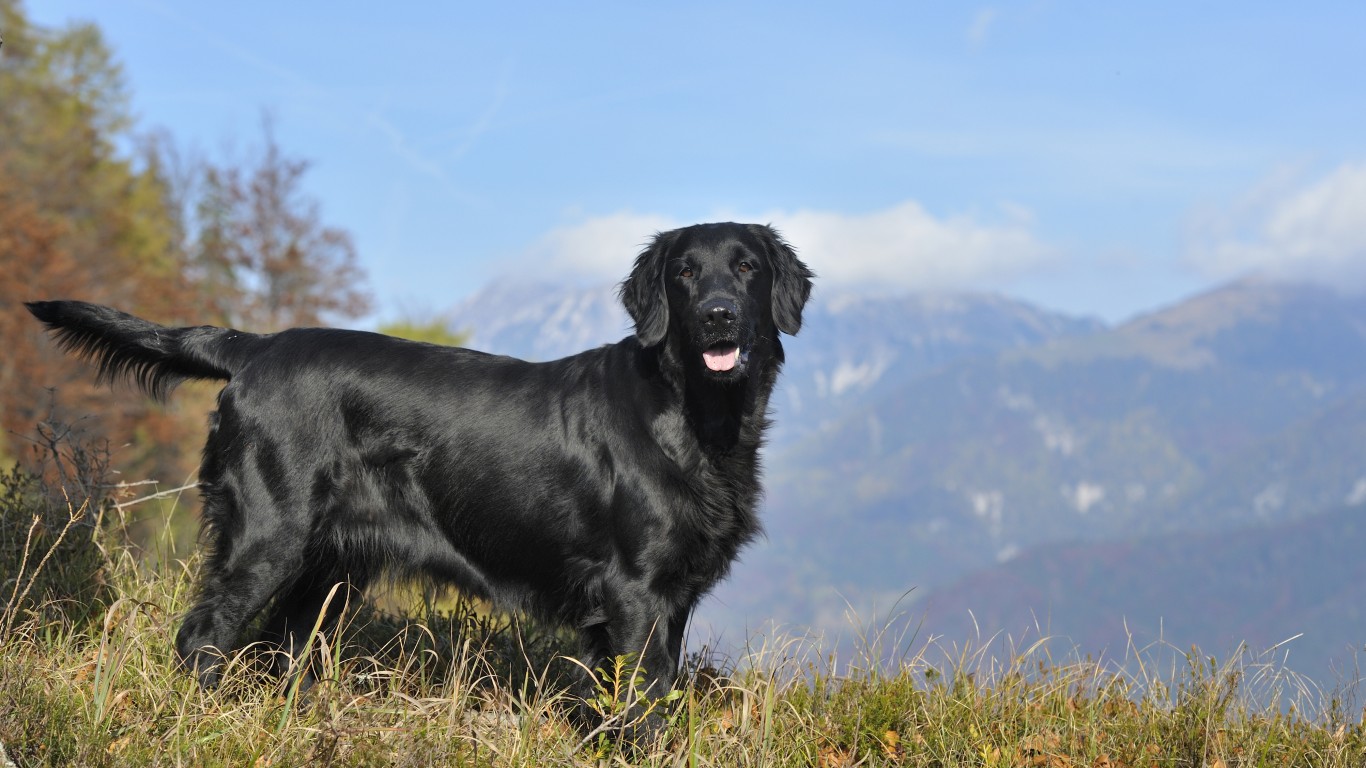 The flat-coated retriever is one of six retriever breeds recognized by the AKC. It was first bred in Britain in the mid-19th century and was known as the “gamekeeper’s dog” because of its widespread use on estates. It is not just distinguished by its lustrous coat, but also by its long head, which is unique among retrievers.