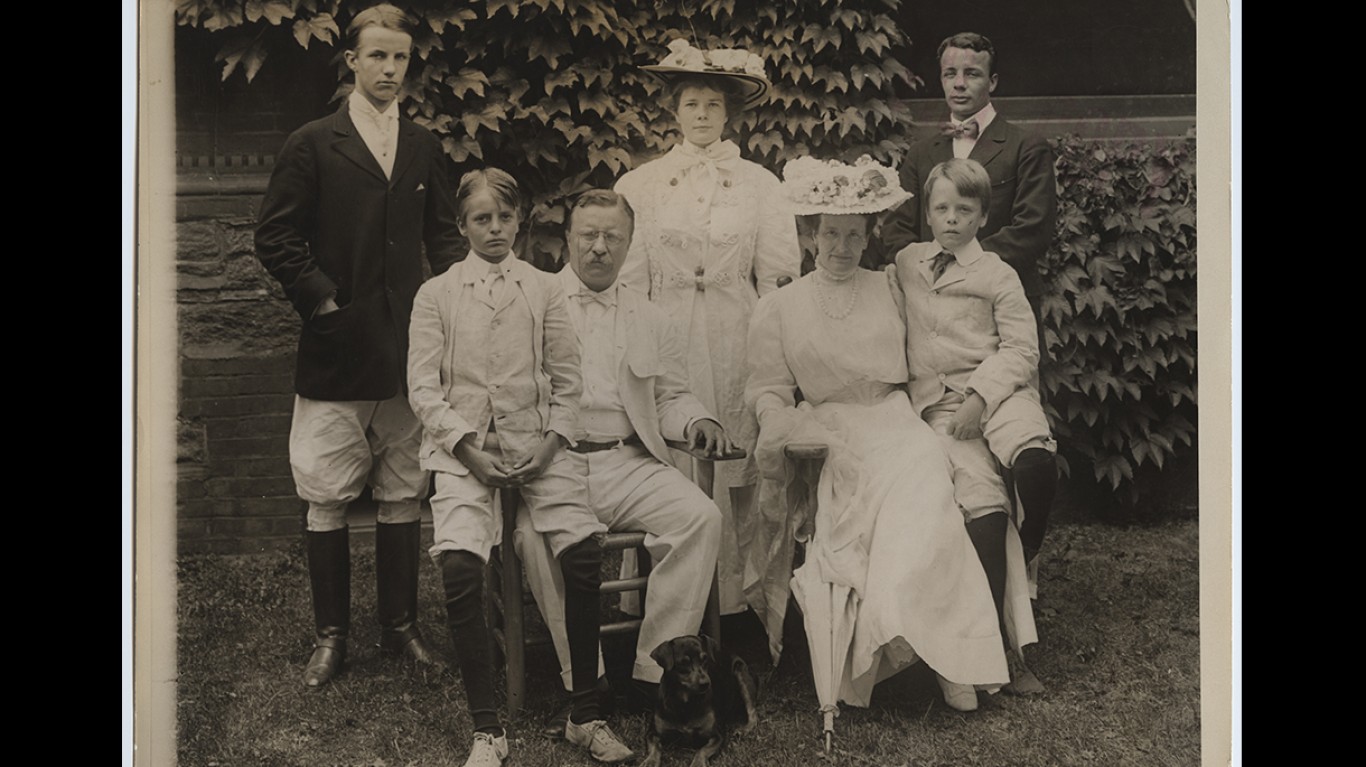 No American president had more animals than Theodore Roosevelt, who was known to be an animal lover. The White House during his term was comparable to a zoo. There were horses, snakes, a rabbit, several kinds of rodents, birds, cats, and dogs. One of the dogs who lived in the White House was Skip. The dog was a short-legged black and tan mongrel terrier that Roosevelt had brought to the White House from a bear hunt in Colorado. 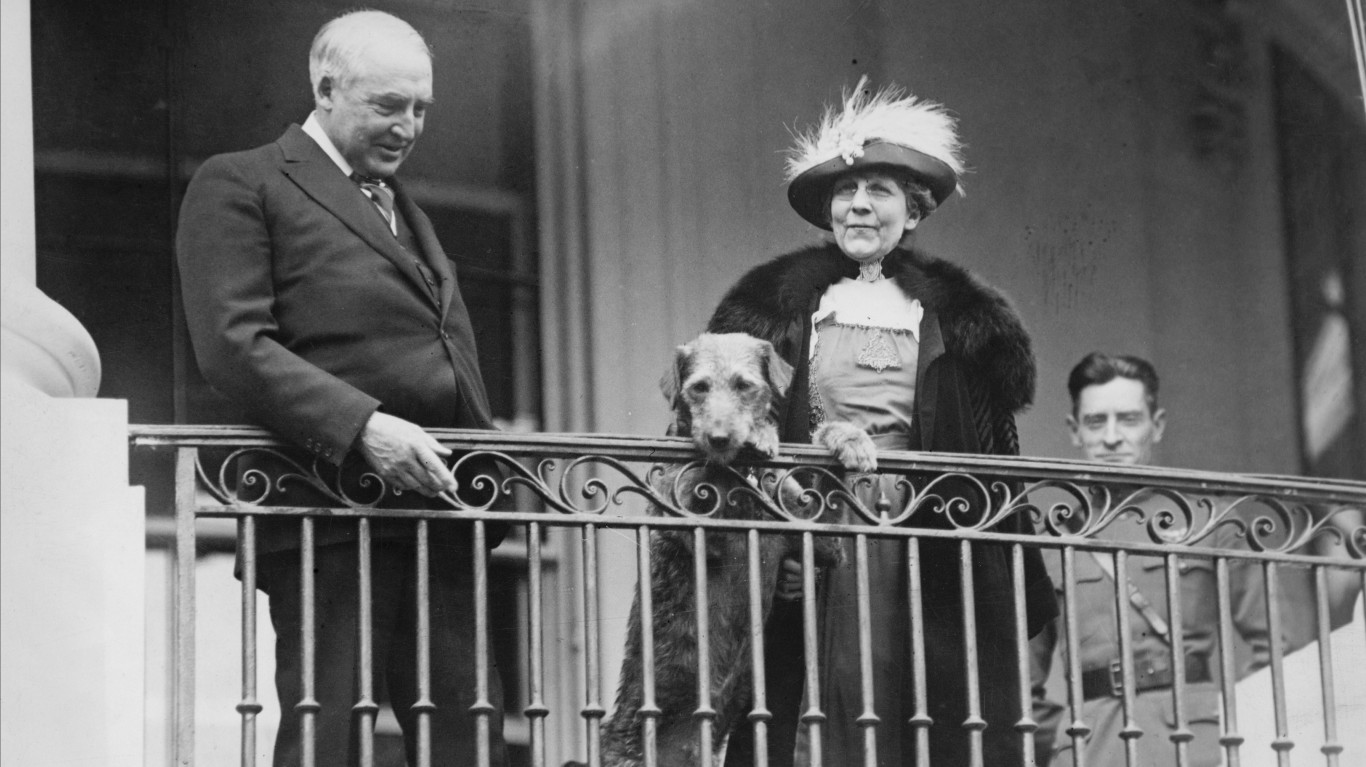 Laddie, an Airedale terrier, was the White House’s first celebrity dog, according to a 2009 Smithsonian Magazine article. Owned by President Harding and his wife, Florence, Laddie even had an official portrait of his own. Laddie was present in many daily events at the White House, including greeting official delegations and cabinet meetings. 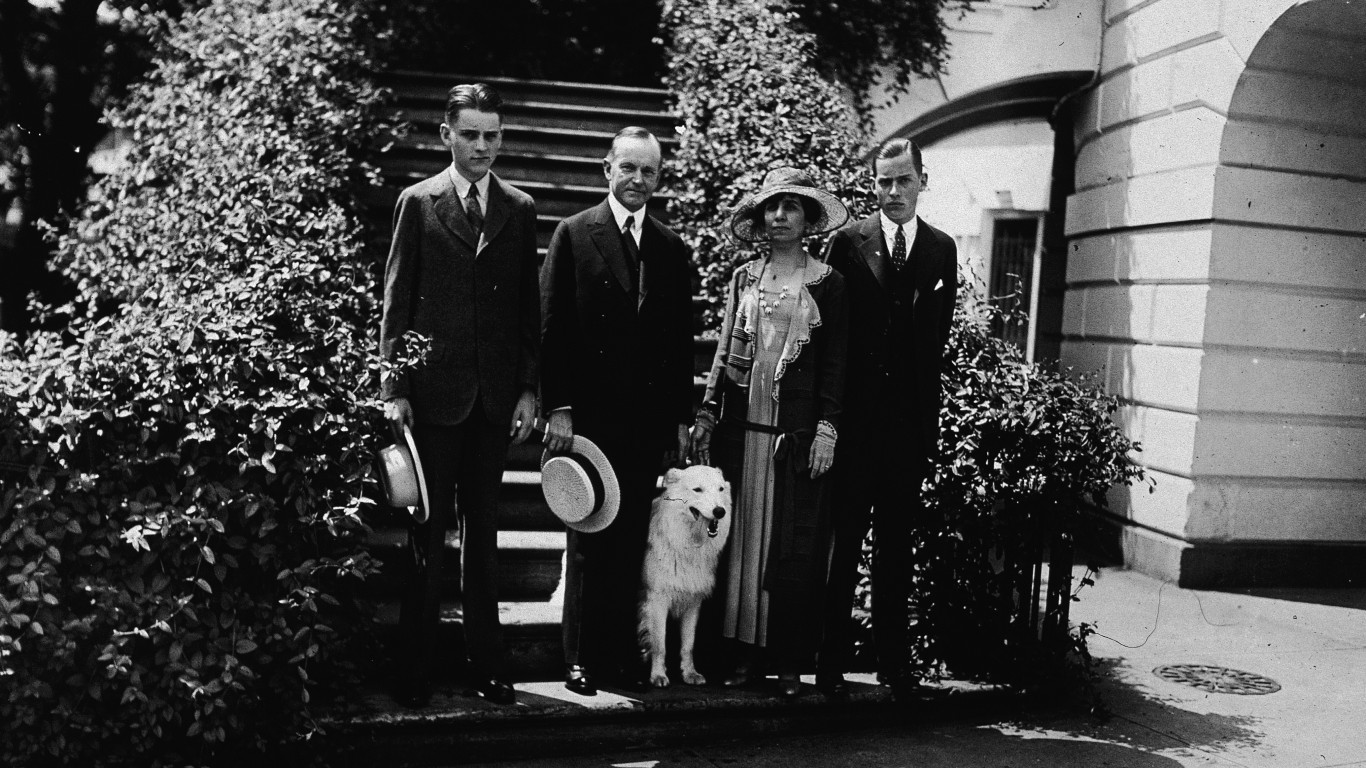 The Coolidge family had many pets, including cats, birds, and dogs. First lady Grace Coolidge was particularly fond of collies. She often included their two white collies Rob Roy and Prudence Prim in White House official photos. Rob Roy is the one painted next to the first lady in the 1924 White House watercolor portrait. 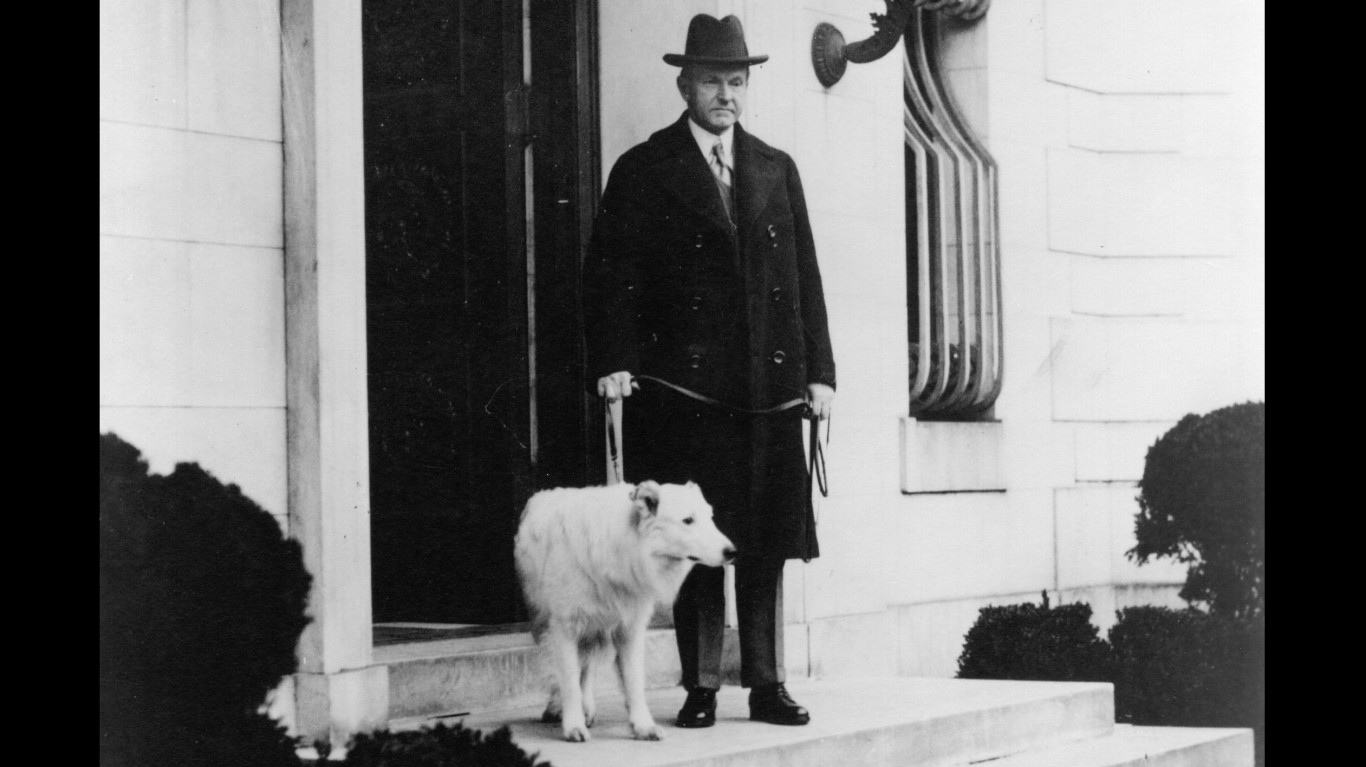 Prudence Prim, the second white collie in the White House during Coolidge’s term, came to live with the Coolidges in 1925. She was the first lady’s favorite pet and even slept by her bed at night. Coolidge wrote in his autobiography that the two white collies were his favorite dogs. Prudence Prim ate from his cereal every morning. 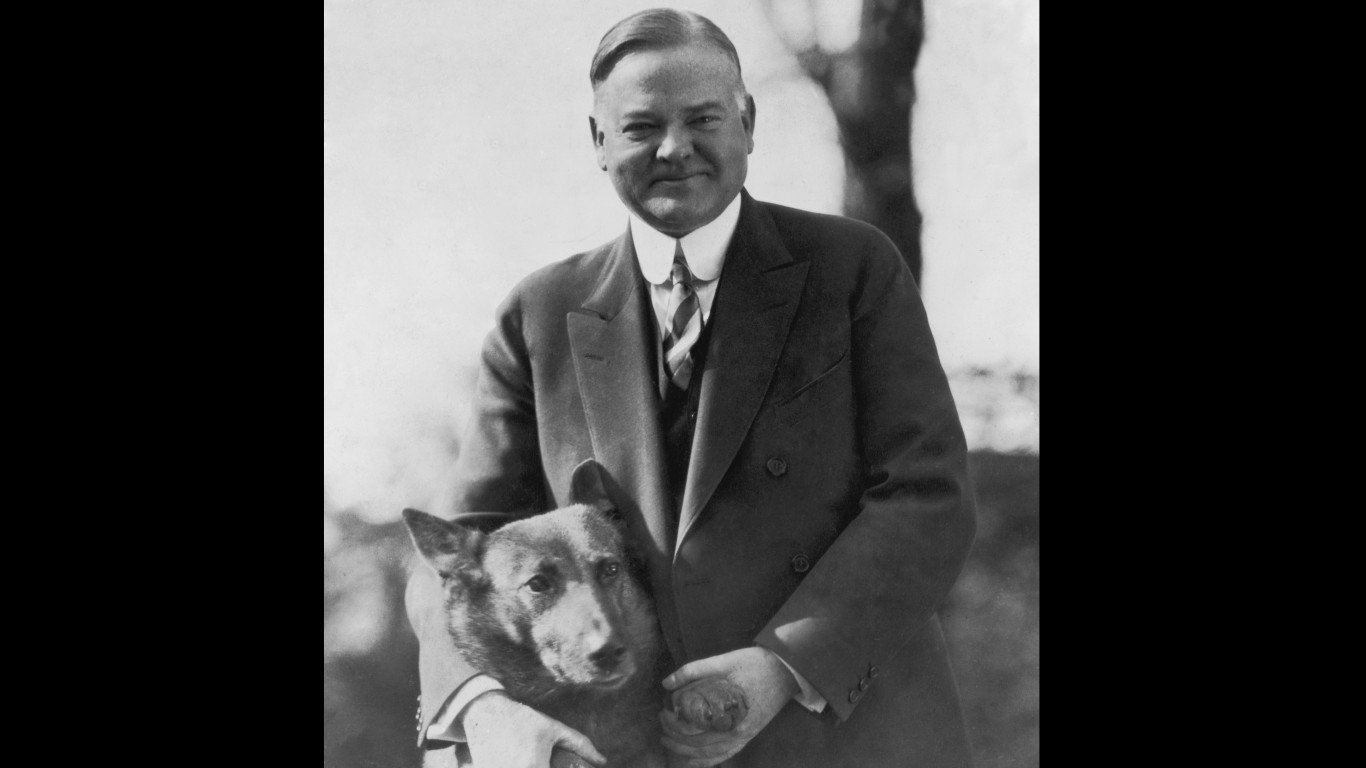 King Tut was a Belgian shepherd and a police dog that President Hoover had had since before taking office. Hoover’s favorite dog, King Tut was credited with fixing the public image of the president, who was perceived as cold and uncaring during the presidential campaign, according to the White House Historical Association.