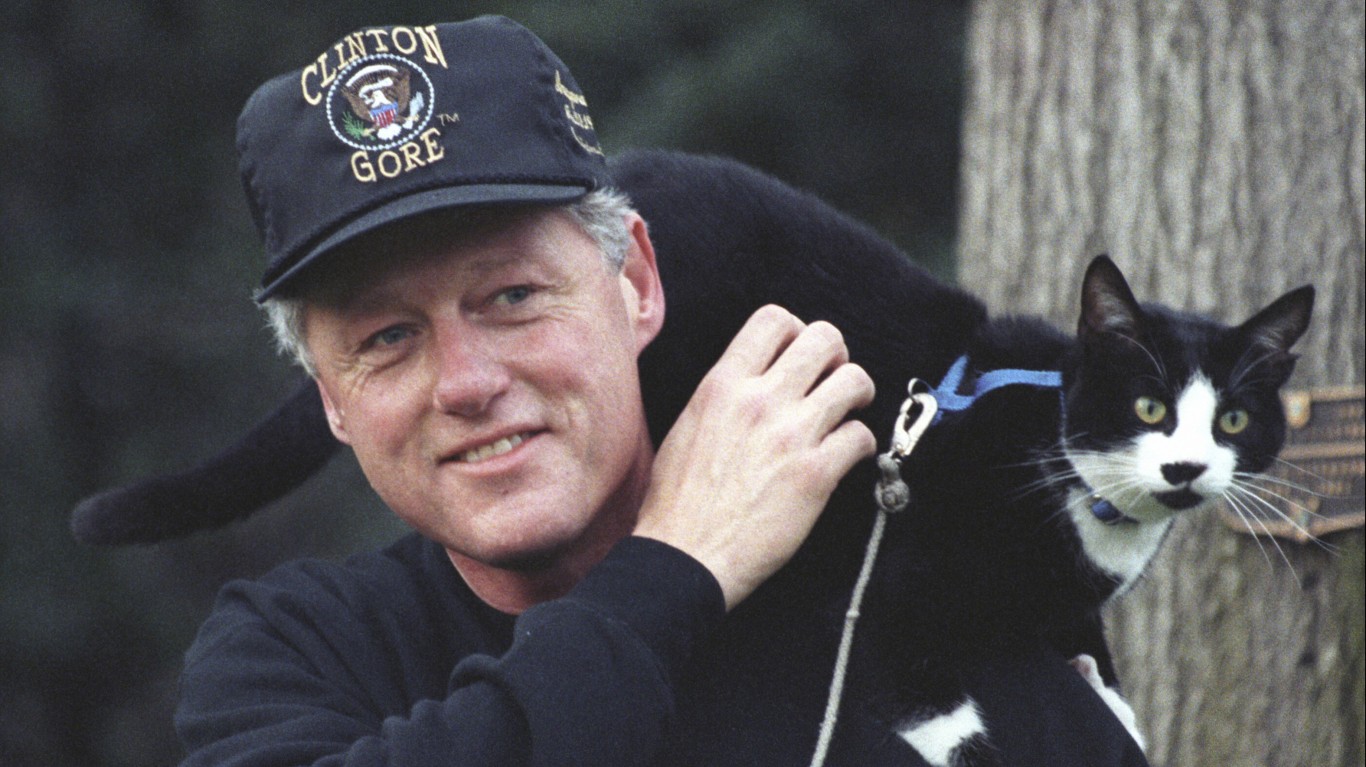 Socks was the pet cat of Bill Clinton and his family while he was in the White House. A domestic short-haired cat, Socks was adopted by Chelsea Clinton while her father was governor of Arkansas. Socks was the subject of an episode on the popular TV comedy “Murphy Brown,” in which the star of the show unintentionally kidnaps the cat from the White House. 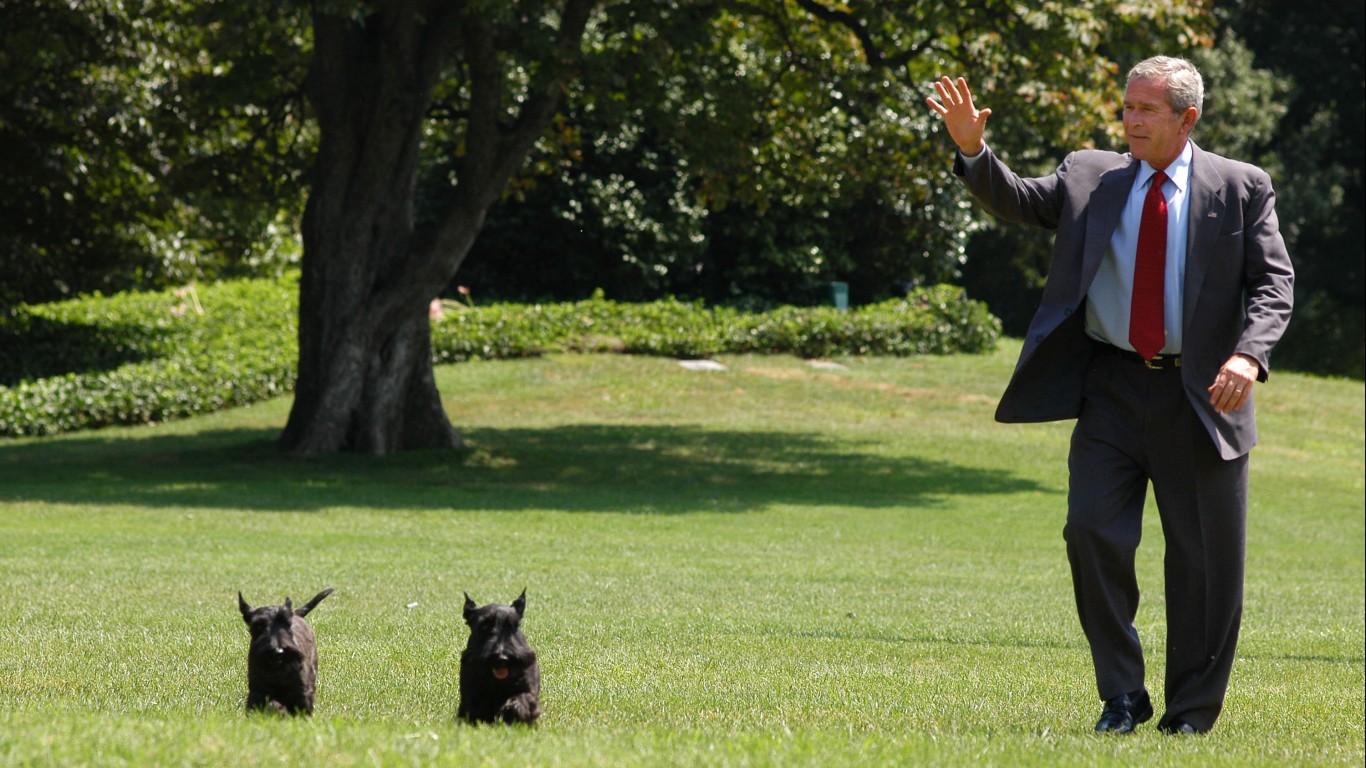 Barney became famous in 2002 when the Scottish terrier wandered through the White House with a small video camera attached to his collar and recorded the dog’s eye view of the White House Christmas decorations. The video was so popular it became an annual Christmas tradition while Bush was in office. 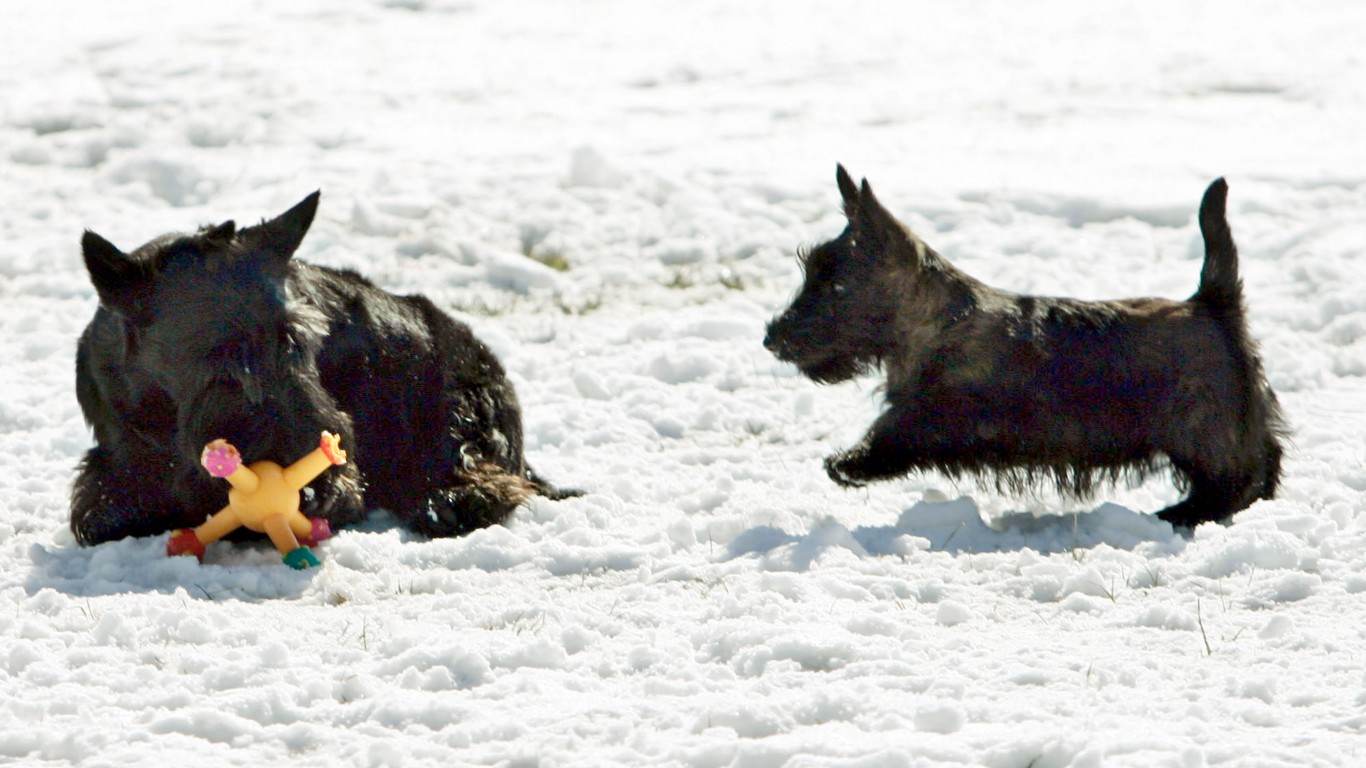 Miss Beazley was a birthday gift from the president to first lady Laura Bush in 2005. She named the dog after a character from a children’s book by Oliver Butterworth, “The Enormous Egg.” The two Scottish terriers, Barney and Miss Beazley, were best friends and were almost always seen together. Miss Beazley, too, was a video sensation and starred in the White House Christmas video “A Very Beazley Christmas.” 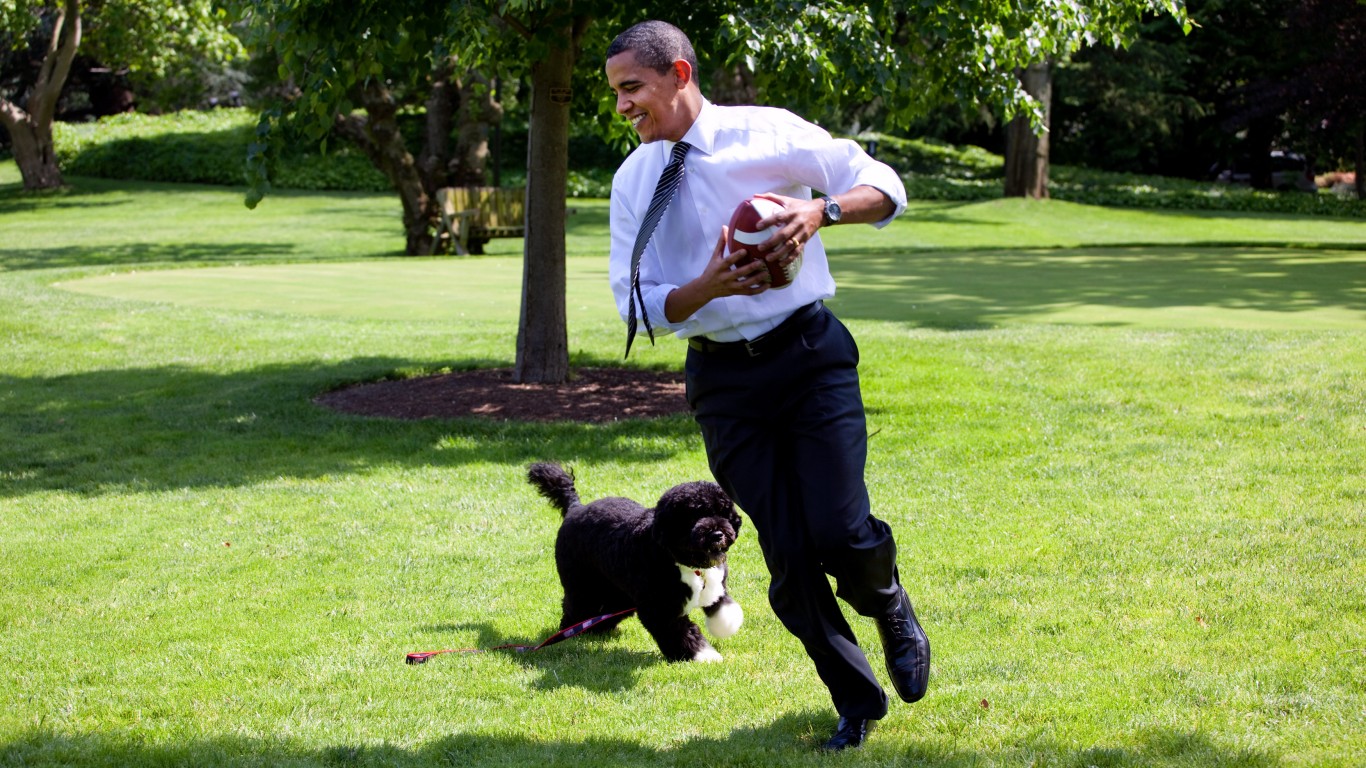 Bo, a male Portuguese water dog, came to the White House in April 2009 as a gift for President Obama’s two daughters from Sen. Ted Kennedy and his wife, Vicki. 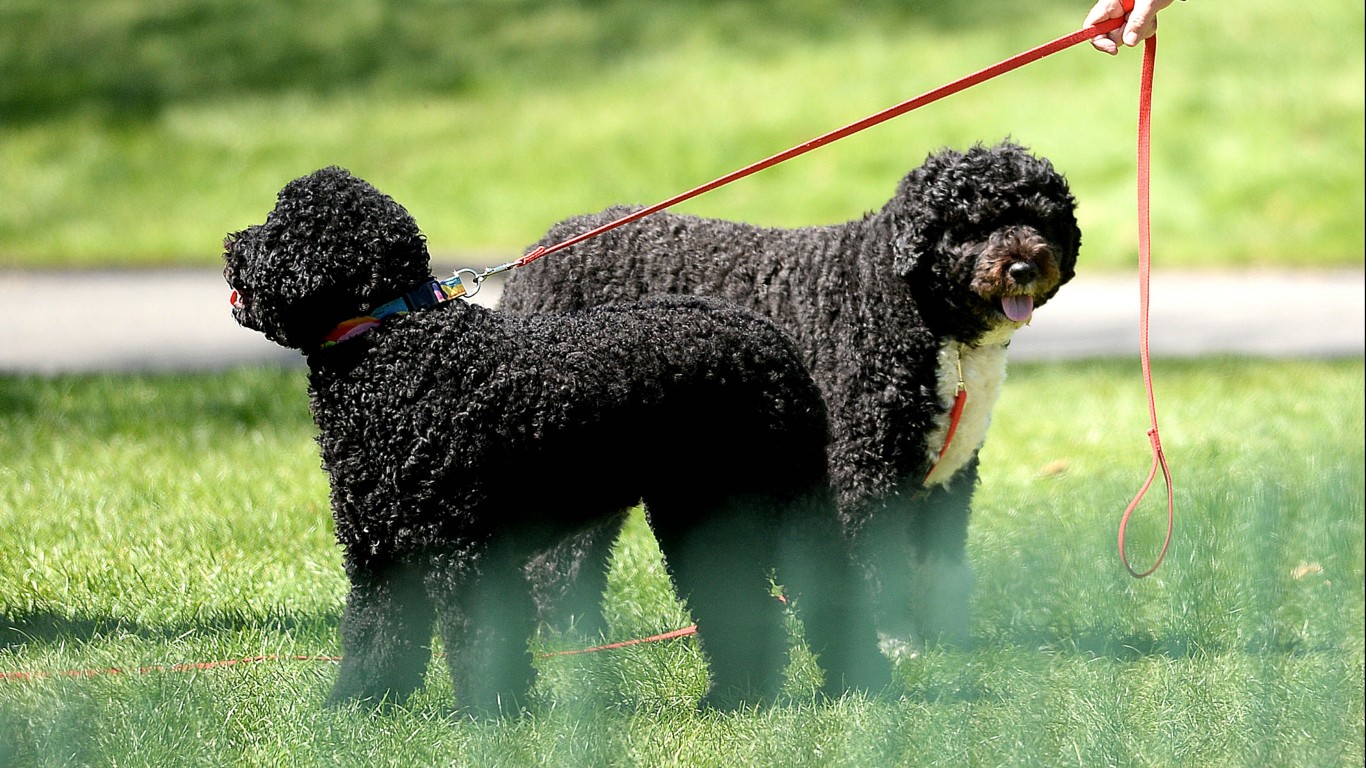 Sunny joined the first family in 2013. Together with Bo, the two Portuguese water dogs were often seen around the White House. They often greeted visitors at the annual White House Easter Egg Roll. The dogs even sported fancy collars and bows for a 2014 State Dinner for French President François Hollande.