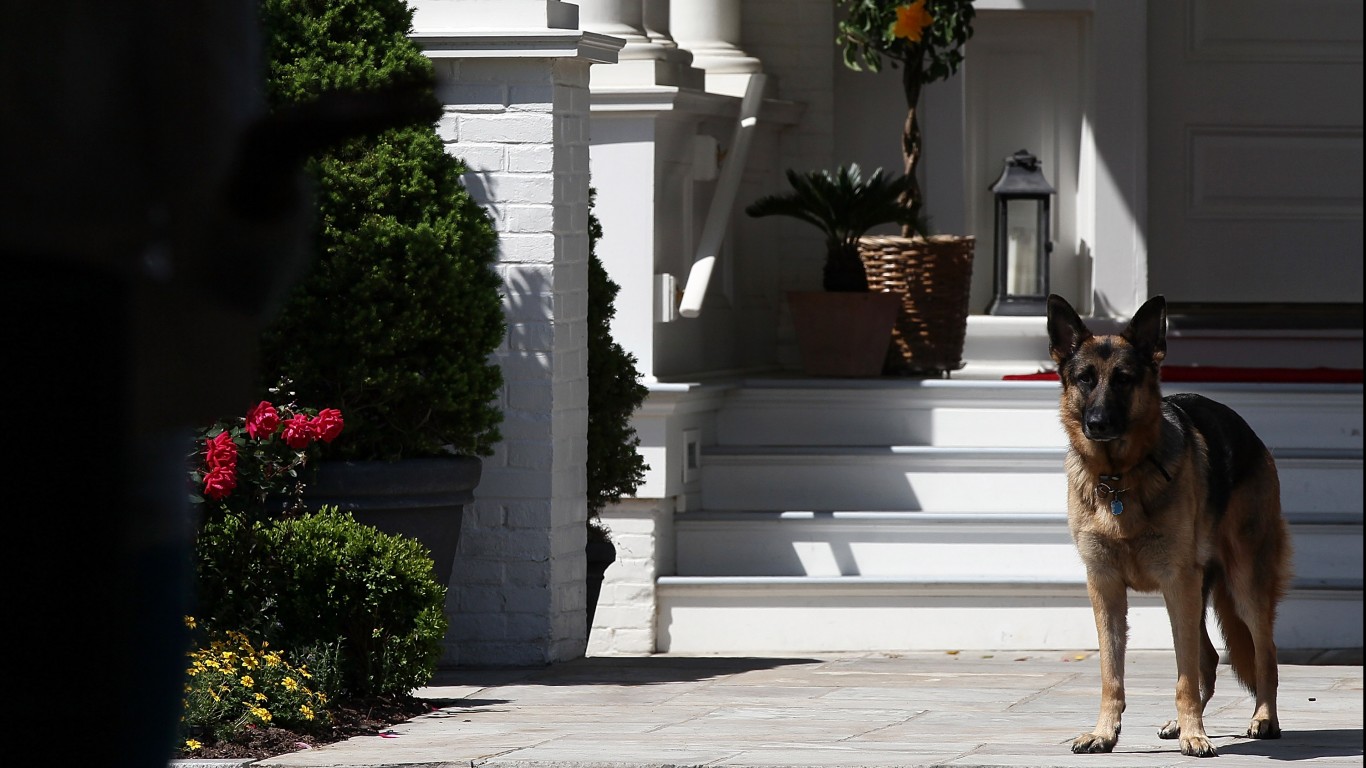 The Bidens’ two German shepherds joined them in the White House a few days after the inauguration. Champ has been part of the family since 2008. Major was adopted in 2018. He is the first presidential dog who had previously been in a shelter.