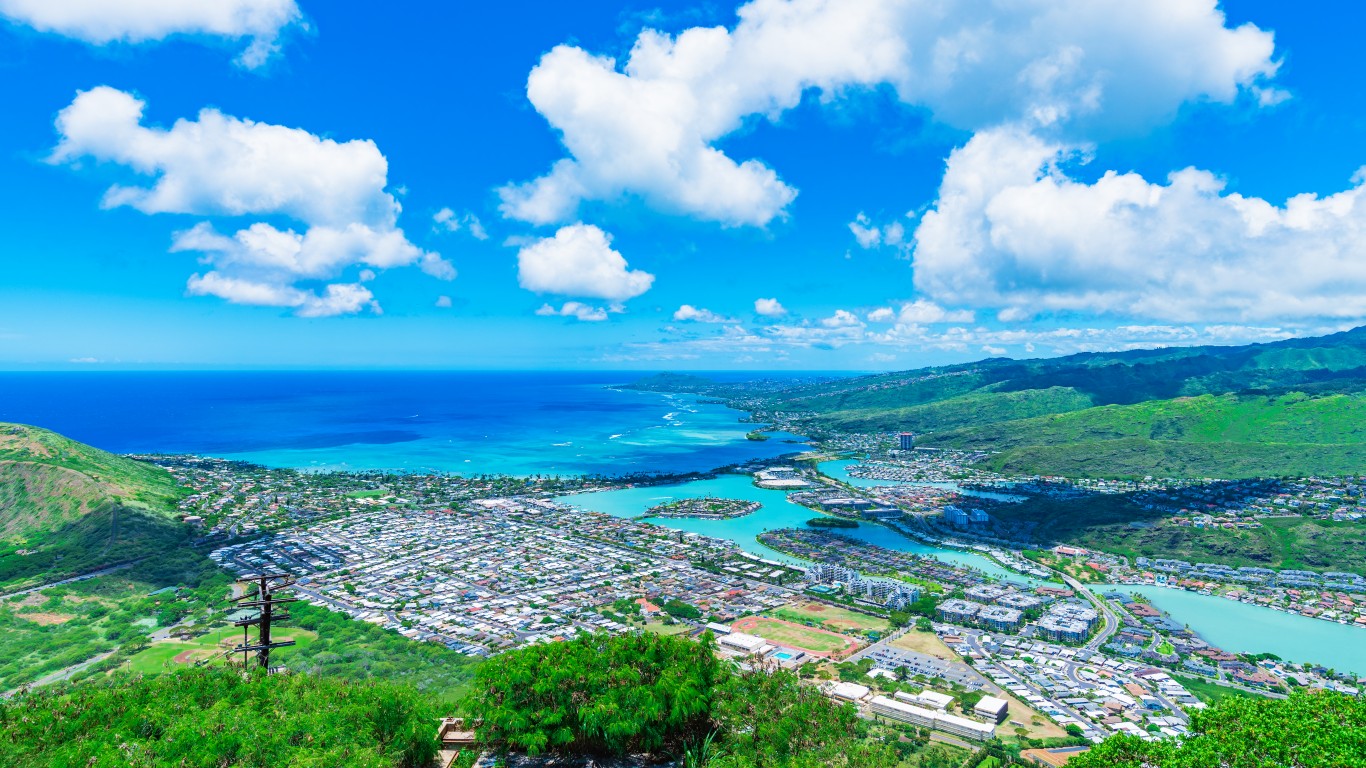 Honolulu, a city-county and the capital of Hawaii, reported 16 deaths from drug overdose per 100,000 residents a year between 2015 and 2019, very slightly above the other four counties in the state and the statewide rate of 15.5 overdose deaths per 100,000.

Drug overdoses in recent years have come to affect more people, including those who earn higher incomes, and Honolulu is an example of a relatively wealthy county having the highest drug overdose death rate in its state. Honolulu’s median household income is the highest in Hawaii and the county’s unemployment rate is the lowest in the state. 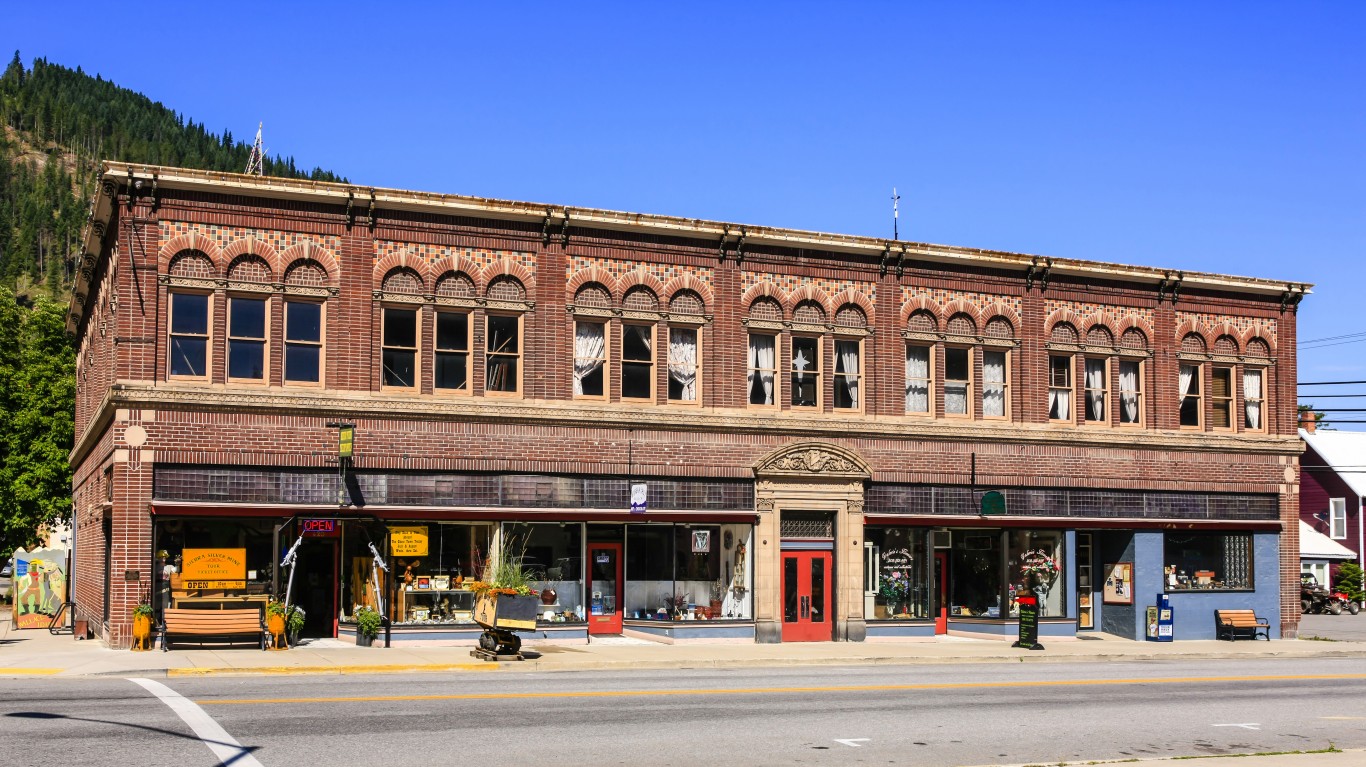 Shoshone County makes up some of Idaho’s panhandle and runs along the state’s border with Montana. The county is fairly rural, with fewer than 13,000 residents. Rural areas have been hit especially hard by the opioid epidemic, with the rate of fatal overdoses increasing fourfold in these areas from 1999 to 2015.

24/7 Wall St.
COVID-19: States Doing the Best in the Race to Roll Out Vaccines 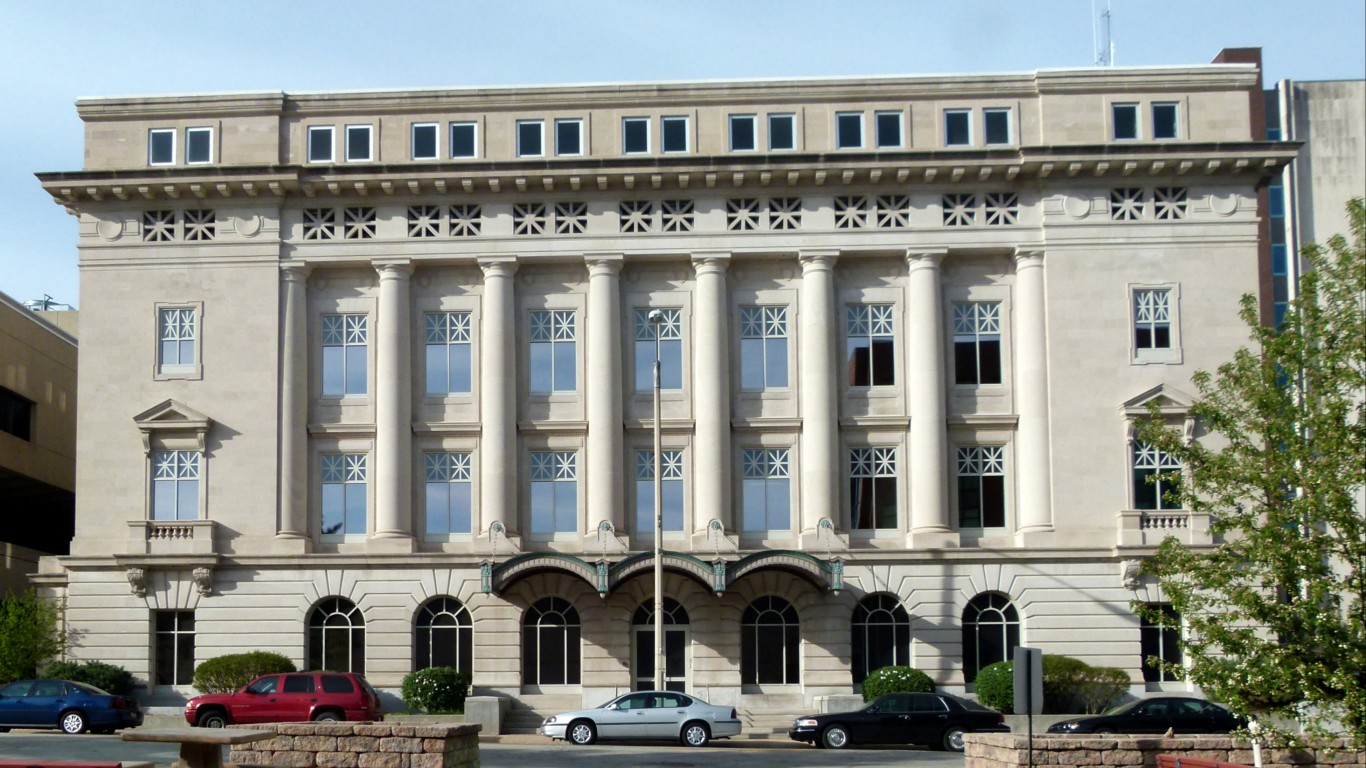 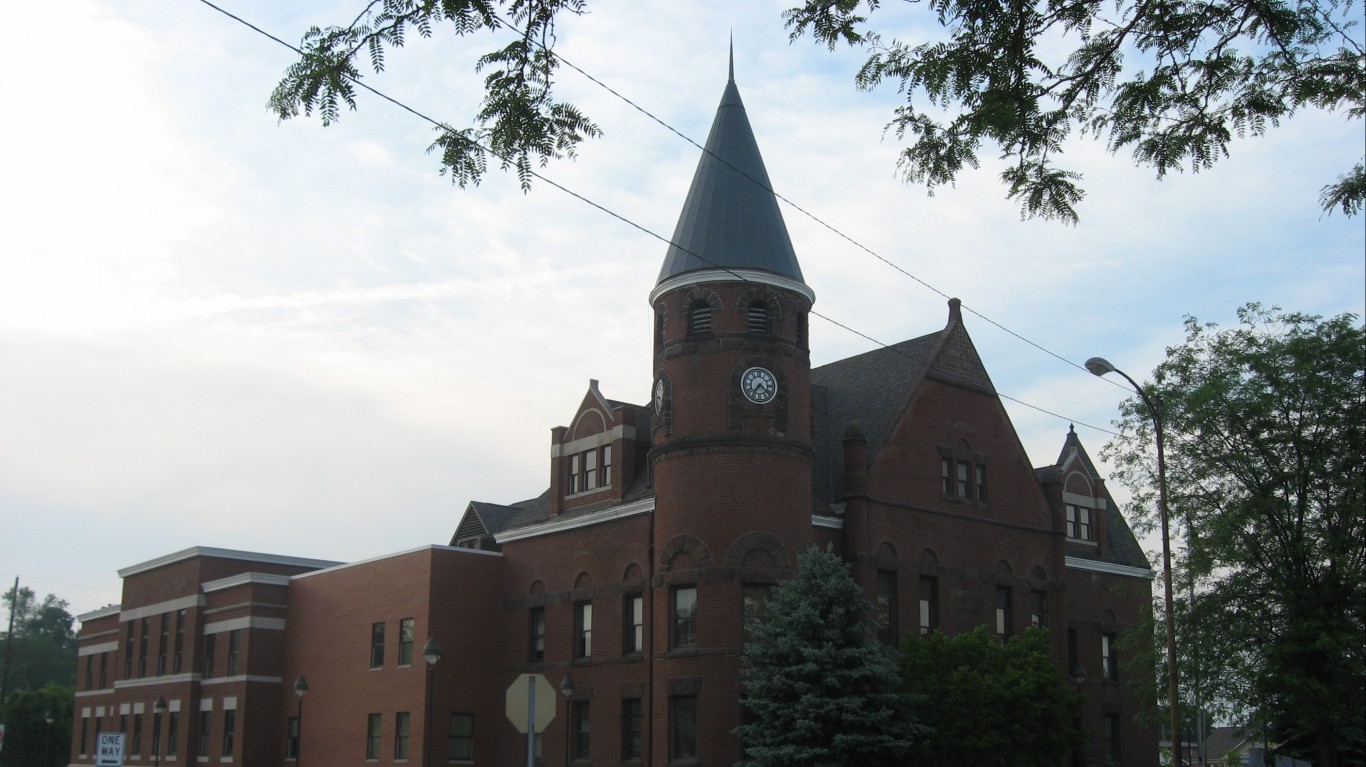 With an average of 75 drug overdose deaths per 100,000 residents annually, Indiana’s Fayette County has the highest overdose mortality rate in the state and one of the top 10 in the U.S. Opioid drugs like heroin and fentanyl are the main drivers of fatal drug overdoses. Many people who are addicted to drugs are also diagnosed with other mental disorders, and vice versa. About 15.1% of adults in Fayette County report 14 or more days of poor mental health per month, one of the highest shares in the state.

Fayette County shares similar socioeconomic characteristics with other counties with the highest drug overdose death rate in their state, including significantly higher poverty and unemployment rates than the state as a whole. 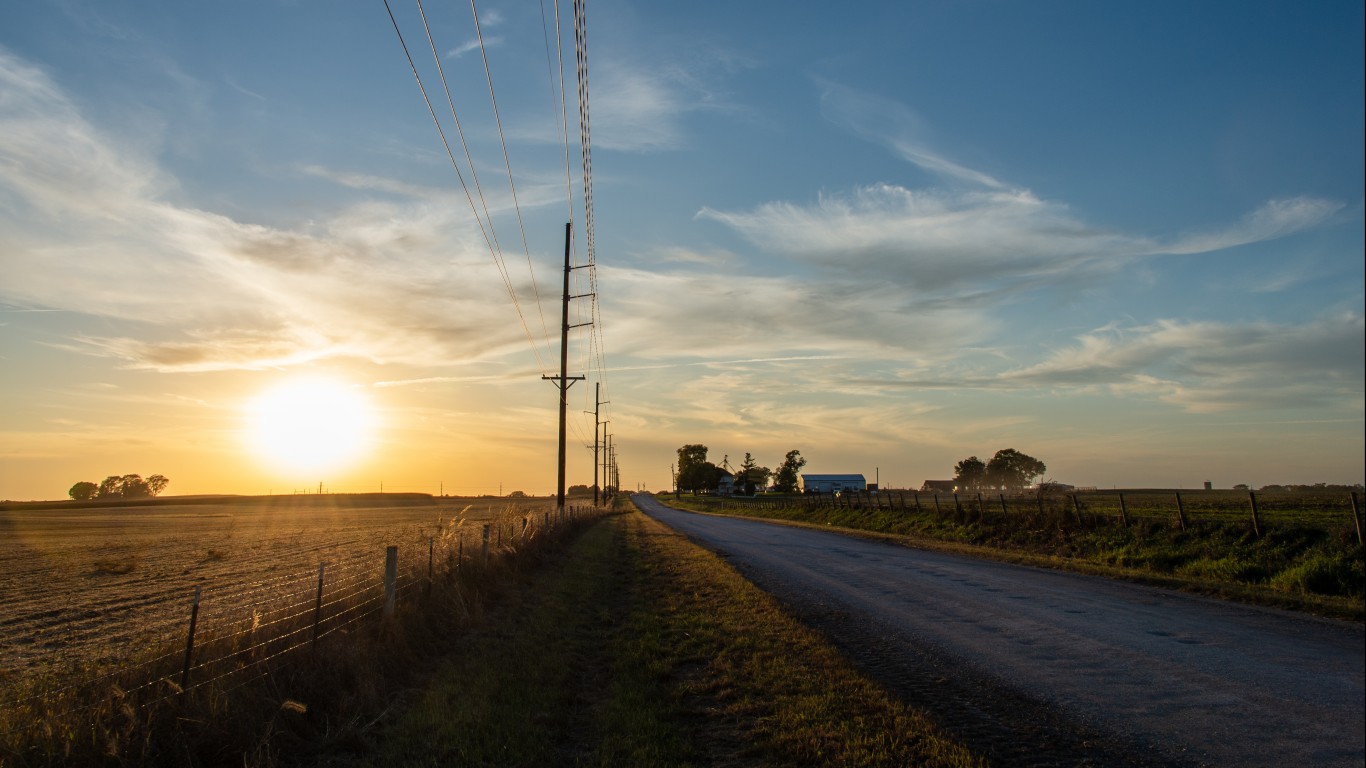 Polk County, which encompasses Des Moines and the surrounding area, stands out from other counties with the highest drug deaths in their state in that it has relatively low premature death rate, poverty rate, and unemployment rate.