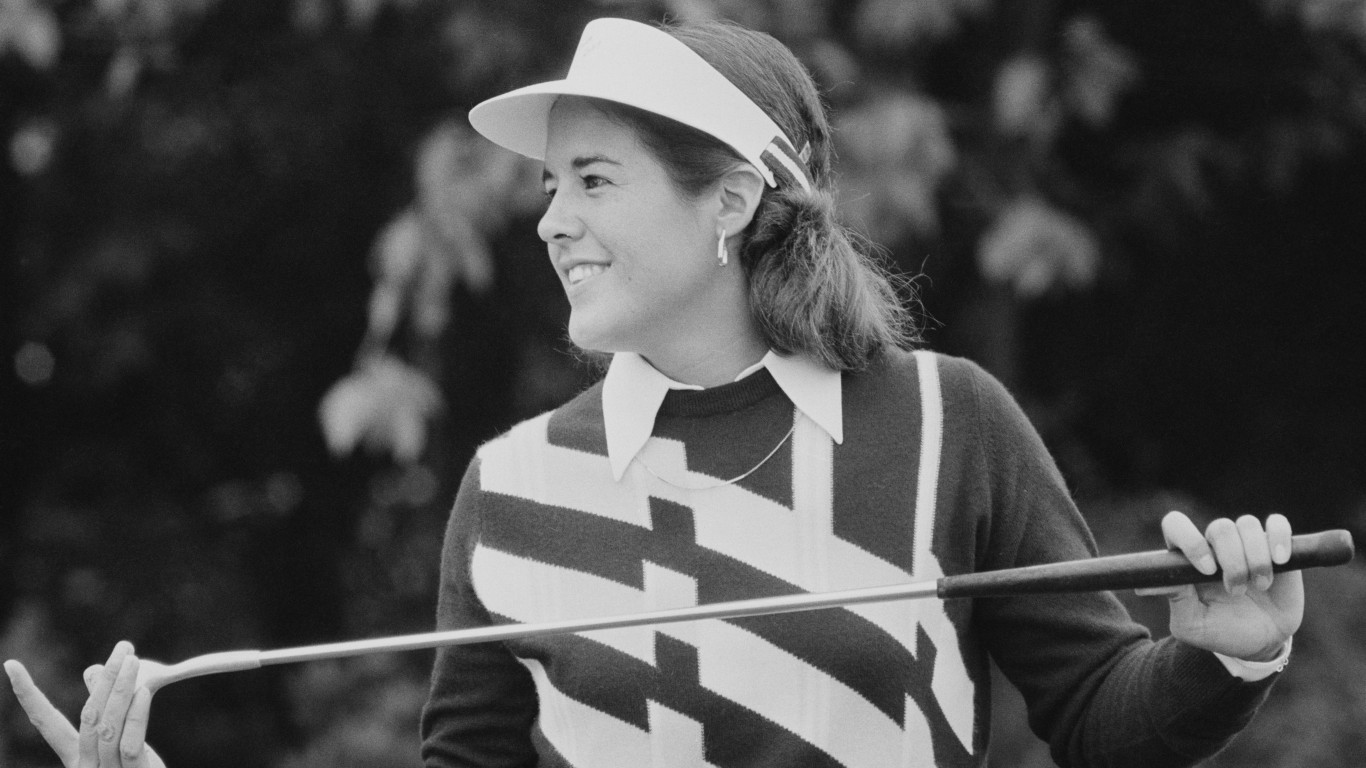 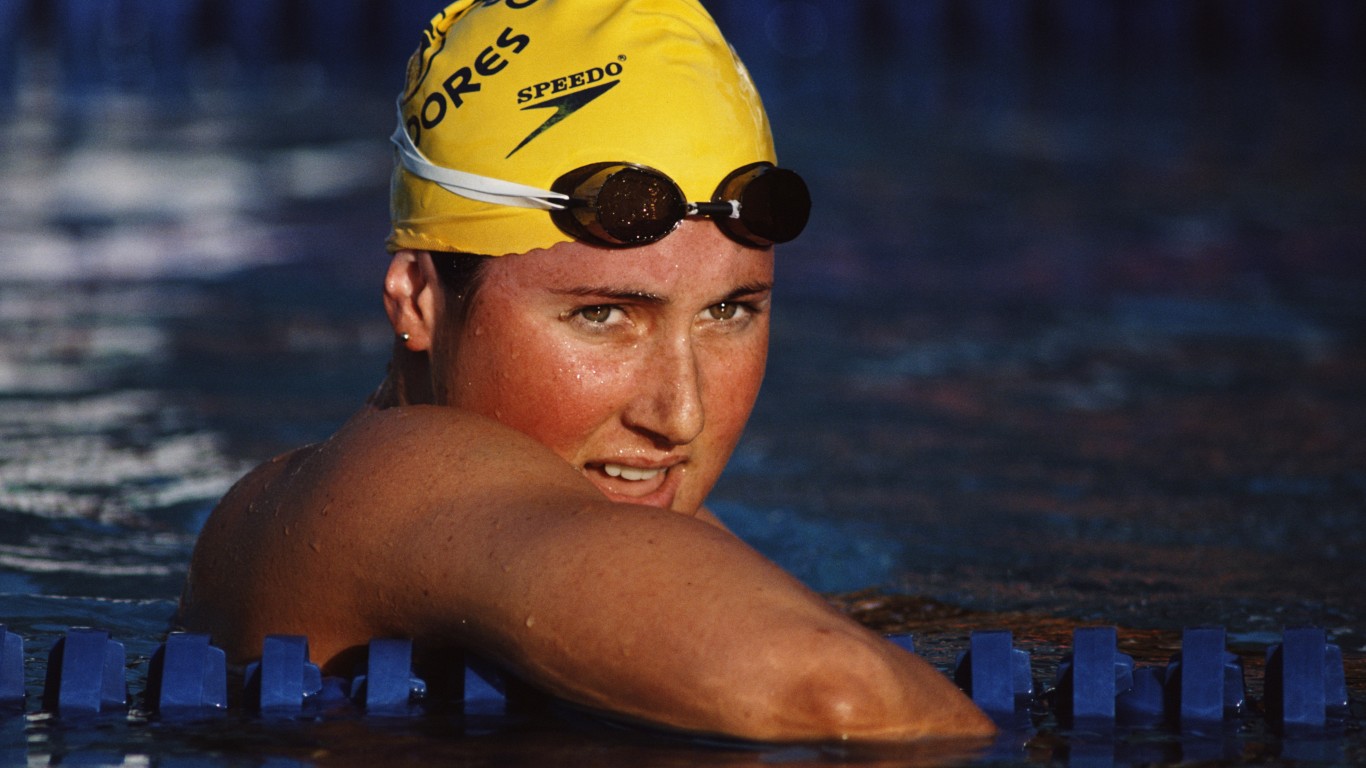 The United States has had many female swimmers distinguish themselves at the Olympics, and Mary T. Meagher was one of them. She was a triple gold medal-winner at the Summer Olympics in Los Angeles in 1984, and held the world records in 100m and 200m butterfly for almost two decades, earning her the nickname “Madame Butterfly.”

24/7 Wall St.
The Greatest Female Tennis Players of All Time 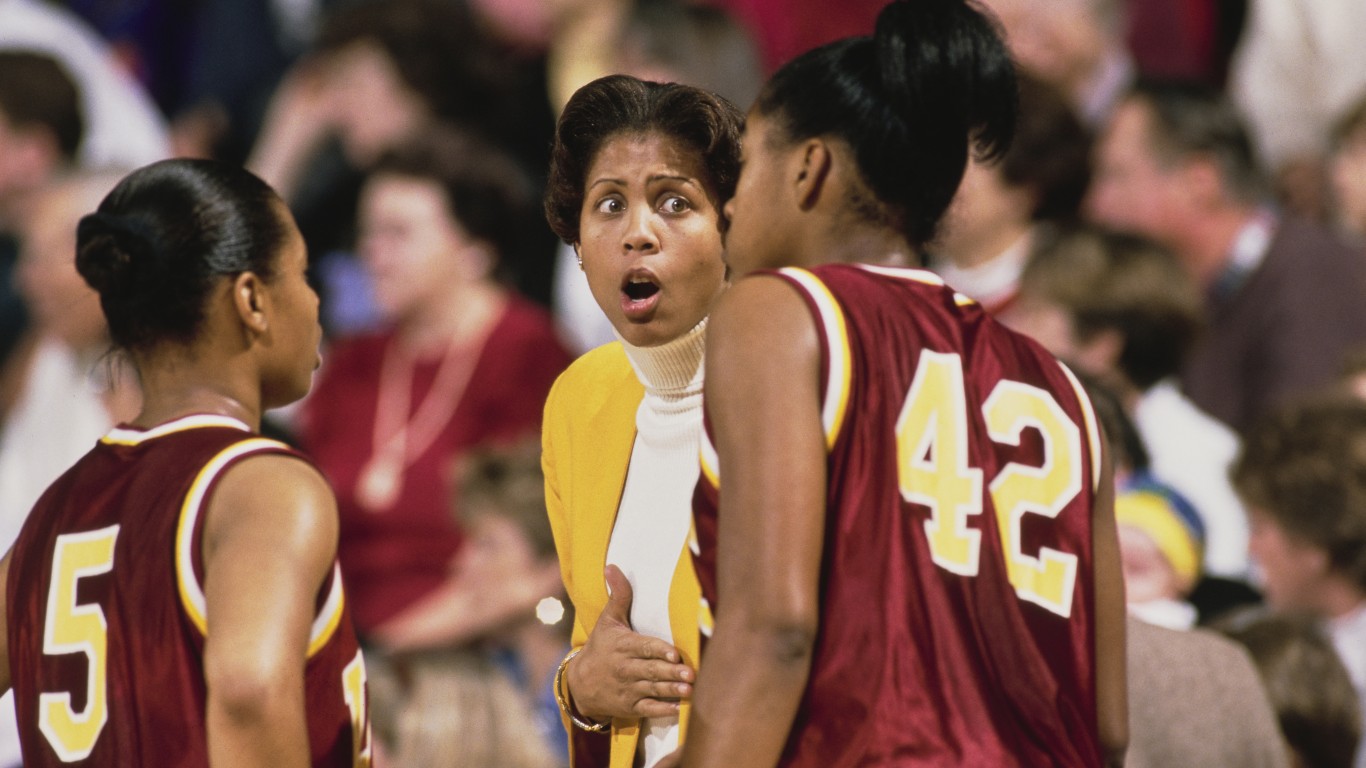 Cheryl Miller was one of the greatest female basketball players of all time and is credited with popularizing women’s basketball. She led USC to back-to-back national championships. Miller was a three-time NCAA player of the year and the first basketball player to have her jersey retired at USC. She helmed the U.S. national women’s team to the gold medal at the 1984 Los Angeles Summer Olympics. It was her misfortune to have competed before the formation of the WNBA. 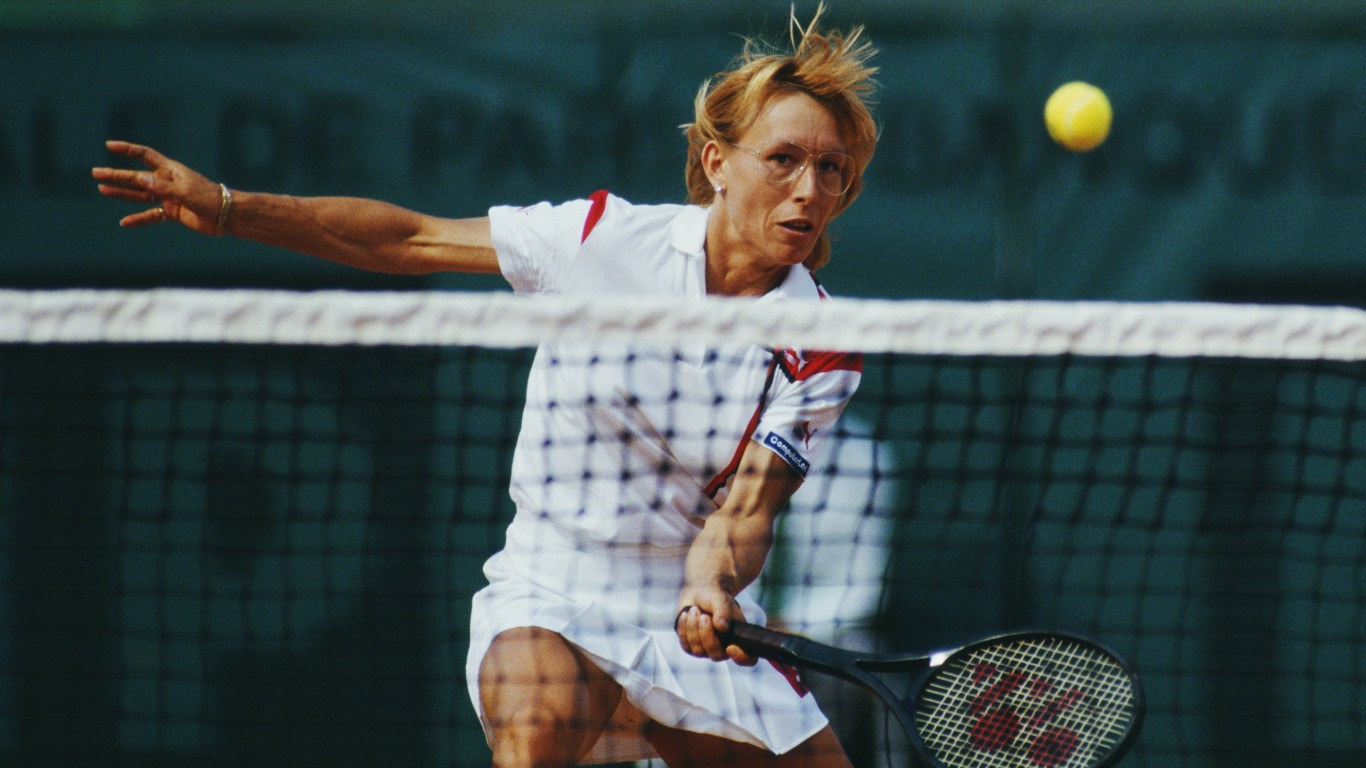 Martina Navratilova, who defected to the United States in 1975 from Czechoslovakia, took women’s tennis to a higher level with an unprecedented demonstration of power and physical conditioning to become one of the greatest women tennis players ever. She won 59 Grand Slam titles – 18 singles championships, 31 women’s doubles victories, and 10 mixed doubles titles. Navratilova triumphed at Wimbledon a record nine times. She won her final Grand Slam event at age 49 in 2006, a mixed doubles win at the U.S. Open. Navratilova was the World Tennis Association’s “Tour Player of the Year” seven times 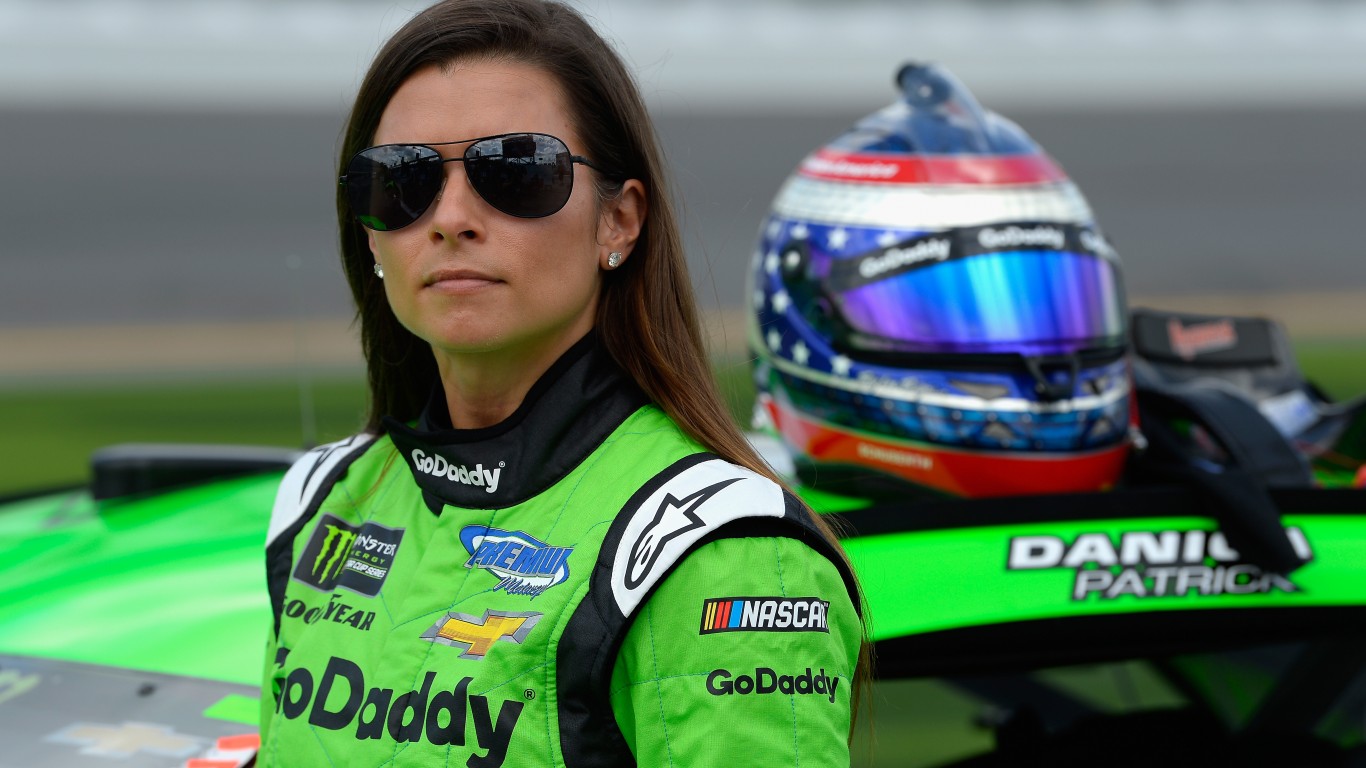 Danica Patrick, barrier-breaker and auto-racing pioneer, is one of only two women to ever complete in both the Indianapolis 500 and the Daytona 500. When she won the 2008 Indy Japan 300, it was the first time a woman had ever won an IndyCar Series Race. In 2013, Patrick became the first female NASCAR driver to win a NASCAR Sprint Cup Series pole. She holds the record for most top-10 finishes for any female in the NASCAR Cup Series with seven.