Will Apple's Rumored Digital Wallet Work Where Others Have Failed? 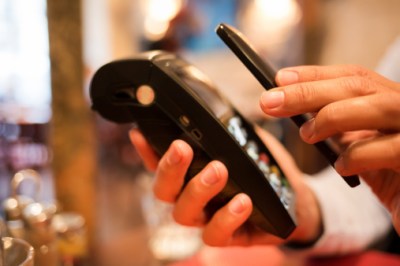 Source: Thinkstock
Reports hit the web Sunday that Apple Inc. (NASDAQ: AAPL) had signed an agreement with American Express Co. (NYSE: AXP) to work on an iPhone payment system that will allow iPhone 6 owners use their mobile phones just as if it were a credit card. Well, sort of.

Electronic mobile wallet schemes are a dime a dozen and they all have one thing in common — they didn’t attract merchants, banks, credit card companies or users in sufficient numbers to be declared a success. Google Inc.’s (NASDAQ: GOOG) Wallet has been less than a smash hit, and Apple’s own Passbook digital wall has done little better. The only truly successful digital payment scheme is eBay Inc.’s (NASDAQ: EBAY) PayPal, which has been around for nearly two decades and accounts for about 80% of all digital wallets currently in use.

For consumers the principal drawback to digital wallets is security. The second big problem is usefulness when compared with credit cards or cash. The third problem is visibility — lots of people don’t even know that digital wallets exist, let alone how they work.

So how does Apple solve the problems? It attacks the all three problems at once with its brand recognition and its deep pockets. Everything Apple does attracts notice, so the third problem noted above is solved. Visibility is not a problem Apple has to deal with. Plus Apple already has collected credit card numbers for about 800 million iTunes customers. That’s a big head start.

The reported deal with American Express plus similar rumored deals with Visa Inc. (NYSE: V) and MasterCard Inc. (NYSE: MA) solve part of the usefulness problem. The other part of the problem is getting merchants at brick-and-mortar stores to sign up. Many chain stores already have the terminal equipment — for example, Starbucks Corp. (NASDAQ: SBUX) — but local mom-and-pop shops have been slow to adopt the technology.

It also remains to be seen how the chip-and-PIN transition goes in the United States. Both Visa and MasterCard have said they will introduce the more robust technology by October of next year. The new cards will work the same way that the iPhone works, plus the magnetic stripe will still be there for use in stores that don’t have the new terminals. How much more convenient is a card than a phone? Or vice-versa? We’re about to find out.

The reported inclusion of an NFC (near-field communications) chip in the iPhone 6 is crucial. NFC allows the iPhone to be waved at (or touched to) a payment terminal in much the same fashion that a credit or debit card is now swiped. The iPhone wirelessly communicates payment information to the store. Getting the technology into the hands of local merchants is both more costly and trickier and is a longer term project. The new chip-and-PIN cards have an advantage here.

Apple addresses the security issue with its fingerprint recognition system, but whether that’s enough remains to be seen. So far the company has been able to protect its vast collection of credit card information, but the new technology will be a tempting target for criminals, and the more widely the system is spread the easier it becomes to find a hole. Can Apple convince consumers that the system is secure and safe? If it cannot, then no company can and the whole grand experiment will be over.