Weekend Movies: Will Scarlett Johansson Beat Up on 'The Rock'? 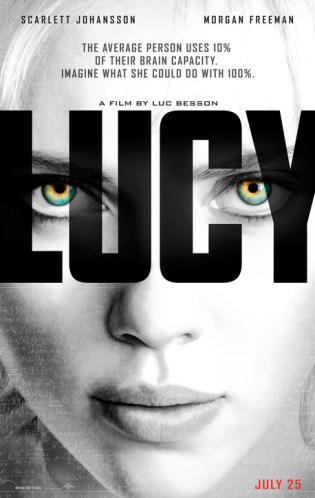 Source: Universal Studios; Comcast Corp.
Last week’s big movie, “Dawn of the Planet of the Apes,” pulled in more than $100 million in its first week, after an opening weekend of $72.6 million, but managed only about $50 million in second-week total domestic ticket sales. Last week’s number 2 movie, “Planes: Fire & Rescue,” posted an opening weekend gross of $17.5 million and has put up a domestic total to date of nearly $24 million. This week’s new movies are not going to touch the ape extravaganza, but two of this week’s openers are projected above $30 million in gross receipts for the weekend.

“Hercules” stars Dwayne “The Rock” Johnson and is opening on 3,595 screens. Paramount Studios, which is owned by Viacom Inc. (NASDAQ: VIAB), estimates an opening weekend in the mid-$20 million range, according to Box Office Mojo. For a movie that cost more than $100 million to make, that is something of a disappointment. The studio probably expects more robust sales overseas.

The new release winner for this weekend is “Lucy.” It stars Scarlett Johansson and Morgan Freeman, in an R-rated high-concept movie about a woman who uses more of her brain than the rest of us mere mortals. Released by Comcast Corp.’s (NASDAQ: CMCSA) Universal Studios, the film is expected to take in $30 to $40 million over the weekend. “Lucy” is opening on 3,172 screens.

The third major release is “And So It Goes,” starring Michael Douglas and Diane Keaton, which is being distributed by Clarius Entertainment and is opening on 1,760 screens. The movie was directed by Rob Reiner and is expected to post gross receipts of around $5 million for the weekend.

Another notable movie opening this weekend is Woody Allen’s “Magic in the Moonlight,” although it is showing on just 17 screens.