The Most Unusual Ancestry in Each State 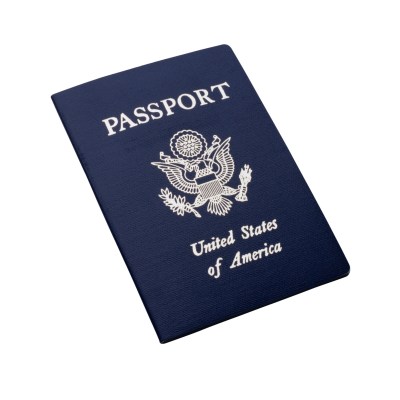 Source: thinkstock.com
Perceived as a land of opportunity, the United States has always attracted migrants from around the world who settled together in a nation now commonly referred to as the Great Melting Pot. While social and political tensions often surround the topic of immigration, foreign-born citizens are an integral part of the American way of life. According to the latest Census, nearly 94% of the U.S. population identifies primarily with a demographic group other than “American.”

Not only is the U.S. population remarkably diverse, but also the level of diversity varies considerably between states. Based on Census data, 24/7 Wall St. reviewed the percentage of state residents who identify as one of 158 different ethnicities — the most common answers to the ancestry question. Survey respondents were not given a list of options. The largest percentage relative to the comparable national proportion is a state’s most unusual ancestry.

Click here to see the most unusual ancestry in every state.

A state’s most unusual ethnic group is not necessarily the state’s largest demographic. In fact, the most unique heritage group in only three states made up more than 10% of that state’s population. In every other case, members of the most unusually concentrated demography accounted for less than 1% of state residents. However, that demographic accounts for an even — and often much smaller — share of the U.S. population.

In Texas, for example, nearly a third of the population identifies as primarily Mexican in origin. While this percentage is more than three times the nationwide proportion of residents with Mexican ancestry, it is not the state’s most unusual ancestry. The most unique heritage in Texas is the group of people who identifies most strongly as Texan, who together make up nearly 79% of country residents who most closely identify as Texan, but less than 1% of the state’s population.

While many U.S. residents can trace their families back many generations in America, “almost all Americans owe their being here to immigration,” said Hasia Diner, professor of history at New York University. Diner added that while the origins of immigrants have changed over the years — from Europe for over a century to many other countries since the 1970s — relocating to the United States remains a similar phenomenon now as it was then. “Almost all migrations are economically driven,” she said.

Immigration patterns can be largely explained either by economic opportunities attracting people to a destination, or by economic hardships pushing people out from the country of origin. And often, both factors are at work. Many Chaldeans living in Michigan, for example, can trace their ancestry to Iraqi immigrants fleeing economic and political turmoil in the 1970s. At that time, Detroit had a vibrant economy and attracted much of that immigration wave. Today, it is home to the largest Chaldean population in the world outside of Iraq.

Personal history certainly contributes to one’s identity. However, as Diner observed, “Somebody’s whose grandparents migrated in 1890 has a different relationship to Italy than someone whose parents came in the 1960s.” Not only are the relationships often quite different for two people identifying with the same ancestry, but also the reasons for doing so may be quite diverse. Diner suggested there may be “a psychological need to have something distinctive and something they can call their own.”

Another driver behind a particularly high concentration of a given ancestry is simply how close a country is to the state. Quebec, home to much of the French-speaking Canadian population, borders Vermont, where the most unusually concentrated ancestry is French Canadian. Similarly, with the Bahamas just off the southern coast of Florida, it may not be surprising that Bahamians are the most unusually concentrated demographic in the state.

To identify the most unusual ancestry in every state, 24/7 Wall St. reviewed the underlying micro data from the ancestry question in the 2013 American Community Survey (ACS), the most recent ancestry-related ACS data available. The question is based on self-identification and answers represent ancestry groups with which people most closely identify. The 158 demographic groups for which data are available are the most frequently cited answers to the Census’ ancestry question. The most unusually concentrated ancestry in each state was determined by calculating the location quotient for each ancestry category and taking the largest ratio. For example, if 20% of a state’s population identifies as Canadian, and 10% of the U.S. population identifies as Canadian, then the location quotient for Canadians in that state is 2.0. And if this is the largest location quotient, then this ancestry is the most unusual one in that state.

These are the most unusually concentrated ancestries in every state.