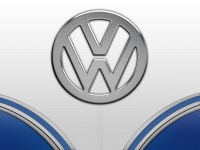 Auto makers are losing money on every car they produce in Europe, Philippe Varin, chief executive of PSA Peugeot Citroen, told journalists at the Paris auto show today, a situation he called unsustainable.

“The overcapacity affecting European car makers is set to last and the only way to resolve the problem is to reduce capacity,” he said.

He also said Peugeot expects the European market for cars and light commercial vehicles to contract by about 8% this year. That is more than the 5% decline that was projected earlier this year. The company’s outlook for the next two or three years is for sales to remain flat.

Fiat CEO Sergio Marchionne has been urging his regional counterparts to develop a comprehensive plan to reduce overcapacity throughout the region. Volkswagen and the other German carmakers have resisted such moves.

“It is unclear if all carmakers will survive without governmental help,” said Volkswagen Chief Financial Officer Hans Dieter Poetsch before the Paris Motor Show. “Especially carmakers in southern Europe that produce small cars will be affected.”