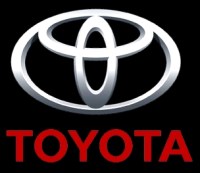 Toyota Motor Corp. (NYSE: TM) recalled 7.43 million vehicles worldwide today for what its said were power window switches that could cause fires. Toyota said that there had been none of these fires as far as it knows. Recalls in 2008 that included 5 million cars with floor mat problems and 2.2 million for accelerator problems probably were much worse. Toyota was slow in admitting the previous problems, which prompted Congress to haul CEO Akia Toyoda to Washington to explain the matter. Toyota’s sales prospects and quality reputation were hurt by, among other things, Toyoda’s poor showing.

The new 7.43 million recall could be seen as overly cautious by Toyota. But as it was burned in 2008, the car maker may have learned that it is better to handle potential mechanical problems as quickly as possible. The latest action involves cars and light trucks made between July 2005 and May 2010. Among these are the Camry, Corolla and RAV4 SUV. The affected vehicles were sold in Japan, North America, Europe, China, the Middle East and Oceania. The problem, therefore, is one of design and not a flaw in the activity of one plant or another.

The new recall does not seem to be based on consumer complaints about dangerous cars. A number of people came forward about the floor mat and accelerator problems in 2008 with claims of serious injury. It turned out the two problems may have been blown out of proportion by bad drivers, but Toyota suffered severe damage to its reputation anyway.

Recalls fall into two categories. The first are benign ones in which no one has been hurt and the repairs are efficient. A number of such recalls recently have included problems with vehicles built by U.S. manufacturers. People do not want to bring their vehicles to dealers for this kind of repair because it takes time but involves little risk. Otherwise, there has been no harm and no foul.

In the other type or recall, the public believes there is a danger if they keep their cars on the road. This usually leads to lawsuits, protracted media coverage and government investigations.

So far, the latest Toyota recall does not mention any immediate danger to drivers or accidents based on the problem. That means it may be forgotten soon, and Toyota will go one its merry way.