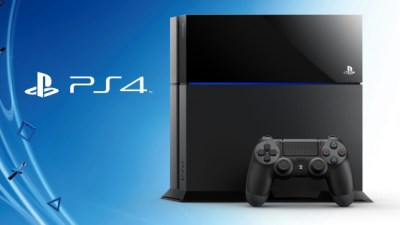 Source: courtesy of Sony Corp.
The PlayStation, arguably the game console that ushered in the current generation of gaming, has turned 20 years old.

Sony, fairly, looked back on the impressive and ground-breaking accomplishment:

20 years is a long time! In 1994, many outsiders thought that Sony was slightly crazy to launch the original PlayStation into an incredibly competitive gaming market. Who could blame them? Sony was (and is!) famous for engineering great electronics, audio equipment, and many other consumer devices. But game consoles?!

Sony Computer Entertainment, founded by my mentor Ken Kutaragi, was a project borne out of sincere passion and deep admiration for the craft of game development. The mid 90s were an exciting time for game developers, driven by the explosion of powerful but affordable 3D graphics rendering hardware and the birth of many young and adventurous development studios. The original PlayStation was meant to embody that sense of adventure and discovery, that sense that anything was possible.

The nostalgia is based in part on what Sony was like financially and as a consumer electronics firm two decades ago and, unfortunately, the shell it is too. The PlayStation has been successfully flanked, particularly by Microsoft Corp.’s (NASDAQ: MSFT) Xbox, the release of which was a controversial decision by the software giant. Outsiders believed Microsoft had no chance of catching the market-leading PlayStation line of consoles. That turned out not to be the case. Additionally, Sony’s overall reputation in consumer electronics has been pounded by Apple Inc. (NASDAQ: AAPL), which has bested Sony in portable multimedia devices, phones, tablets and PCs. Wall Street has already made the decision, given Sony’s share price, that the company cannot be turned around and its string of financial losses reversed.

Nevertheless, Sony has made the effort to celebrate the anniversary. In the United States, Sony will release a special PS4 Anniversary Edition. It will be available for preorder on December 6, barely in time to capture holiday shoppers. However, Sony regularly has been too late to market.

As part of the celebration, management commented:

Based on Sony’s stumbles, that may not happen.