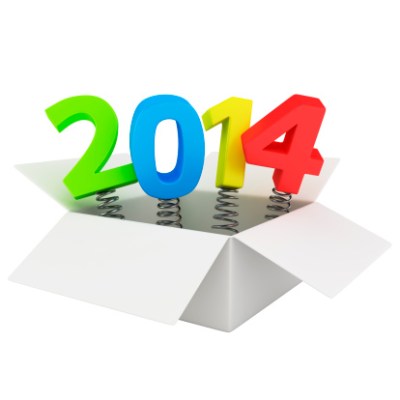 Source: Thinkstock
All of the major firms on Wall Street we cover have prognostications and stock picks for 2014. The Cowen biotechnology team has a list of top 10 surprises that are specific to the very hot biotechnology sector. In an effort to stimulate discussion and aid out-of-the-box thinking, they have scanned their coverage universe for potential surprises. In order to qualify for their list, a “surprise” must constitute an event that is less than 40% likely, not well discussed or anticipated by the market.

The annual Cowen list of “Top 10 Potential Surprises” for the new year includes events that are (1) underappreciated by the investment community, (2) have at least some chance of occurring during 2014 and (3) would be associated with significant stock price ramifications. They rank in likelihood from #10 being the most likely to #1 being the least likely. Here are the top 10 potential surprises of 2014.

The Cowen analysts think that at least one of Vertex Pharmaceuticals Inc. (NASDAQ: VRTX) VX-809 Phase III trials will fail. Vertex is well known for its hepatitis C drugs and is testing VX-809 for cystic fibrosis. While the analysts agree that VX-809’s Phase III trials are more likely to succeed than fail, they think there is still a meaningful chance that at least one of the trials fails to produce a statistically significant p-value on its primary endpoint of improvement in lung function. A failure could have a big effect on the stock price in the short term. Cowen has a 40% chance of probability. Vertex closed Wednesday at $68.63.

Gilead Sciences Inc. (NASDAQ: GILD) historically has used its cash to buy back shares and acquire companies. Investors do not see Gilead changing its stripes any time soon. The Cowen team thinks that increased product sales will drive cash flow and the company will initiate a stock dividend for shareholders, which is uncommon for large biotech names. They would expect Gilead to continue to buy back shares, and the company has indicated it will still be active in business development. Nonetheless, it only makes sense to the Cowen team that Gilead will look at new ways to return cash to shareholders, with a dividend being an obvious alternative. Probability is posted at 30%. Gilead closed Wednesday at $73.59.

More and more companies will go public in 2014. This year was a banner one for initial public offerings (IPOs). By Cowen’s count, 37 biotech companies debuted on the public markets, more than any year since 2000, when 63 companies went public. However, toward the latter part of 2013, IPO stock price performance waned, deal fatigue set in and several companies were forced to postpone their offerings. The Cowen team is pretty sure that with the Nasdaq trading close to all-time highs, the window for IPOs will open back up. They believe it is not unreasonable to assume that if the next round of IPOs is priced appropriately, they too will perform well and entice more capital back into the marketplace. The probability is set at 25%.

Why BlondVax Pharma Is Getting Absolutely Crushed

Gilead Is the First COVID-19 Stock to Win FDA Approval

The Good, the Bad, the Ugly of Biogen's Q3

Why This Midstage PTSD Study Is the Real Deal