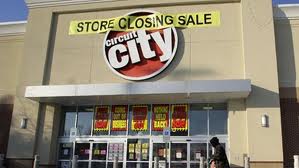 A temporary job is better than no job, until the person who has it is fired. Toys “R” Us said yesterday that it would add 45,000 workers for the holidays. Presumably, unless holiday sales are remarkably high, those people will be out of work come the new year.

The company said, “Averaging about 2,500 square feet, each store will carry top titles and big new releases, Halloween and holiday-themed items, a selection of kids books, plush and toys as well as an assortment of e-Readers and related accessories.”

The math of how the joblessness level in America will look in the fourth quarter is harder to figure, and so is any projection for the first quarter of next year. The government’s “Welfare-To-Work” program is about to end. That could cost 240,000 people their jobs. The drop will likely show up in unemployment numbers in the fourth quarter, and may be partly offset by temporary retail job additions. Part-time retail jobs will swell the number of “part-time workers looking for full-time work” which is part of the BLS jobs report issued each month.

But, what happens when holiday work and government jobs programs both disappear? A projection based on those events should be simple. Many economists believe that unemployment will rise above 10% next year and stay at that level for several months. There is evidence based on current trends that shows those forecasts will almost certainly be true.