Which Retailers May Close More Stores 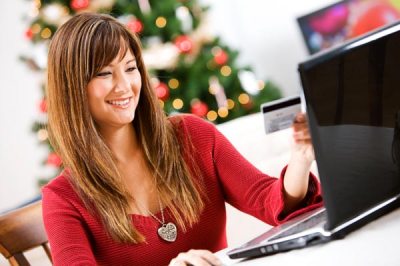 Now that the holiday numbers are in for US retailers, it’s time again for the annual ritual of shuttering some under-performing stores. One of the first is J.C. Penney Co. (NYSE: JCP), which has announced the appointments of two new directors to its board. Another company that can expect to see some changes soon is Radio Shack Corp. (NYSE: RSH), which has announced the retirement of its CEO in May. And other changes are sure to follow.
At Penney’s, the new directors, activist investor William Ackerman and Vornado Realty Trust chairman Steve Roth, have already had an impact even though they won’t be officially seated until the board meeting on February 22. The retailer plans to close six department stores and 19 outlet stores, as well as consolidate its call center operations. Radio Shack’s earnings have suffered, and the store has been a takeover target for the last year, but there hasn’t been a lot of interest.

American Eagle’s December same-store sales fell -11%, and sales fell by -6% across all stores. Whether the chain will have to close stores could be a decision for a new owner. Morningstar has listed American Eagle as its most likely retail takeover target for 2011. A buyer, presumably from among the private equity funds, would almost certainly reduce the number of stores.

Hot Topic has probably overbuilt and its poor showing in same-store sales for both November and December underscore the issue. For some reason company management has not reduced the number of stores and it continues to invest in an online music business that hasn’t got a chance of being successful.

Aeropostale posted weaker same-store sales in December, down 5% from a year ago. The company operates more than 900 stores, but if sales continue to decline, the company may have no choice but to close some stores. On the upside, the company has no long-term debt. Aeropostale’s stock trades about 10% higher than it did a year ago, but a poor same-store sales report for January could turn that around in a hurry.

Wet Seal has just named a new CEO, the former president and chief merchandising officer for American Eagle. Wet Seal’s P/E ratio for the trailing twelve months is just 4.31. The company has failed to grow sales and its operating margins are low. This company may have no other choice but to close stores to increase profitability. If it does that, however, its sales will suffer. The new CEO has her hands full with this one.

Rising prices for cotton will put a lot of pressure on profitability in the retail clothing sector. These companies have to hope that consumers are getting back into a buying mood again if the retailers expect to see growth in sales. Otherwise, store closings could become the path to profitability, sales be damned.