Retail War for Holiday Sales Begins, with the Exception of Amazon 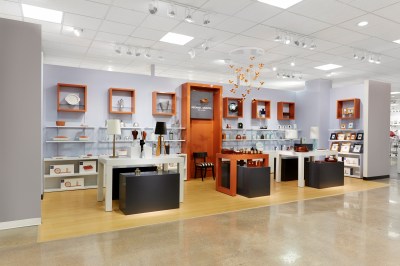 Source: Courtesy J.C. Penney Co. Inc.; photo by Chris Rupert
Consider the holiday sales season started, even though Labor Day weekend has not begun. A number of large retailers are stocking up for the period, and some already have announced promotions to draw consumers while the weather is still warm. Notably absent in this trend is e-commerce powerhouse Amazon.com Inc. (NASDAQ: AMZN), which probably thinks it does not need any gimmicks to bolster holiday sales.

Toys”R”Us already has said it will be aggressive on prices:

Toys“R”Us, Inc. today announced that it has enhanced its “Price Match Guarantee” on items available in its Toys“R”Us and Babies“R”Us stores nationwide to include selected online retailer pricing, removing any doubt before holiday shopping begins in earnest that customers are receiving the best available prices. As part of this enhancement, the company will match online pricing from Walmart.com, Target.com, BestBuy.com, Sears.com, Kmart.com, buybuyBaby.com, Meijer.com, FredMeyer.com, diapers.com, BabyDepot.com and Amazon.com on in-store purchases of identical items.

That it would match retail giants Amazon and Wal-Mart Stores Inc. (NYSE: WMT), which have sales much larger than Toys”R”Us does, is some measure that it is desperate to lift revenue from now until the end of December.

Walmart also showed it already has begun to set programs to bring in holiday customers as well:

from the brands they know and love like Apple, Google, Samsung, Sony and more. A few of the top electronics the retailer expects to be popular layaway gifts include:

Tablets such as the iPad, iPad Mini, Samsung Galaxy and Google Nexus
Smartphones like the iPhone 5 or Samsung Galaxy 3 (prepaid only)
PlayStation 4 and Xbox One consoles and new releases
Big screen (60″+) smart TVs

What can Amazon possibly be thinking, since most of the programs of other retailers are plans to take some of its sales (even if they are not saying so). Likely at the core of what might be considered arrogance by the e-commerce firm is this information about the period that included the holidays last year.

Amazon management thinks (without having said so in public) that its revenue growth in the final quarter of 2013 could be as much as 20%. It does not need to match any prices or set layaway deals at all.