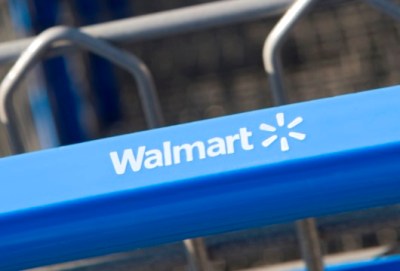 Source: courtesy of Wal-Mart Stores Inc.
No matter how many times Wal-Mart Stores Inc. (NYSE: WMT) retools and relaunches its Walmart.com sites, it cannot make up ground on Amazon.com Inc. (NASDAQ: AMZN), at least not in total traffic. As a matter of fact, Walmart.com traffic is less than half of Amazon’s, a sign of how difficult the Walmart e-commerce problem is.

In July, based on comScore data, Amazon had 95.4 million unique visitors among those who visited the site on desktops. Walmart’s figure was 34.1 million. (Globally and on portable devices could make the gulf wider.) While Amazon’s sales are all from e-commerce activity, Walmart public filings show that less than 5% of its $420 billion in annual sales come from online activity.

Walmart management knows as well as that of any other retailer how critical online sales are. Its U.S. same-store sales have languished, as Amazon’s sales have risen by over 20% in the past two quarters, and they have shown no sign of slowing. While Amazon has been criticized for thin margins, it cannot be faulted for overall expansion rates.

Walmart has a number of disadvantages to Amazon, and first among them may be the consumer demand for some of its most popular goods and services. Walmart does not have a suite of products like the Kindle Fire tablet and its Fire Phone. Both are among the best-selling items on Amazon, at least according to the company. Each gives Amazon a foothold in the extremely successful laptop and smartphone markets.

Amazon also continues what appears to be a strong presence in streaming video services. Its Amazon Prime bundles in a streaming service, making video part of a wider set of services. Its Amazon TV product competes with Apple Inc. (NASDAQ: AAPL) and less directly with Netflix Inc. (NASDAQ: NFLX). As streaming replaces traditional TV, Amazon has at least given itself a chance to be one of the winners in the sector.

Without more goods and services, Walmart.com can’t gain much.