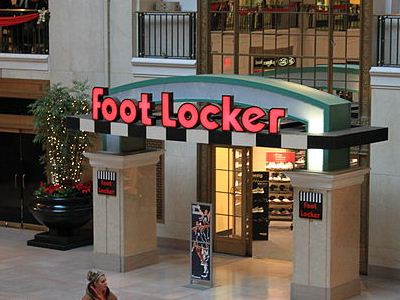 Source: Dwight Burdette, via Wikimedia Commons
While optimism about the economy fell slightly in August, consumer sentiment remained close to its six-year high. During the recession, Americans were reluctant to spend more than they had to. This dealt a serious, and sometimes lethal, blow to many of the country’s large retailers.

Yet as consumers return to the stores, some retailers have grown substantially. According to data provided by the National Retail Federation’s publishing group STORES Media, Apple stores and iTunes’ sales grew nearly 35% between 2011 and 2012, more than double AT&T, the second fastest-growing retailer. 24/7 Wall St. reviewed the top 100 retailers by sales with the largest percentage increase in revenue from retail last year.

Many of the nation’s fastest-growing retailers have benefitted from consumers’ reluctance to spend freely. The TJX Companies and Ross Stores grew by offering great bargains. Both retailers purchase excess inventory from department stores and other chains and then sell it to consumers at lower prices. Similarly, department store chain Nordstrom launched Nordstrom Rack, its own off-price apparel store, to sell its inventory at a discount.

While consumers remain price conscious, they are willing to open up their wallets for retailers with strong brands that are aligned to consumer’s changing tastes. Kantar Retail global manager Alexandra Mansfield told 24/7 Wall St., “U.S. shoppers are complex, disparate, knowledgeable and demanding — retailers that are attuned to consumption habits … are succeeding.” Apple’s retail sales grew by nearly 35% because of its wildly popular product line. Similarly, Whole Foods sales continued to grow partly because of consumers’ growing preference for organic food.

Retail sales growth can be the product of increases in online or existing store sales. But the addition of new stores can also be the cause. Most of the 10 fastest-growing retailers increased their U.S. store count. Two retailers that did not add stores, AT&T and Foot Locker, are expected to invest heavily in their stores in the coming years.

To identify America’s 10 fastest-growing retailers, 24/7 Wall St. reviewed STORES Media’s Top 100 Retailers report. The report is based on Kantar Retail’s estimates for companies’ retail-only sales, and includes the 100 largest companies by this measure, as well as their estimated number of stores. The 10 companies on our list had the largest percentage increase in retail sales between 2011 and 2012. Sales figures listed do not include third-party sales, but include digital sales by the company. We excluded digital-only companies like Amazon.com from our list because the company’s sales are entirely online. We also excluded Bi-Lo from our list because the company’s more-than tripling of revenue was due almost entirely to its purchase of the Winn-Dixie Franchise.

These are America’s fastest-growing retailers