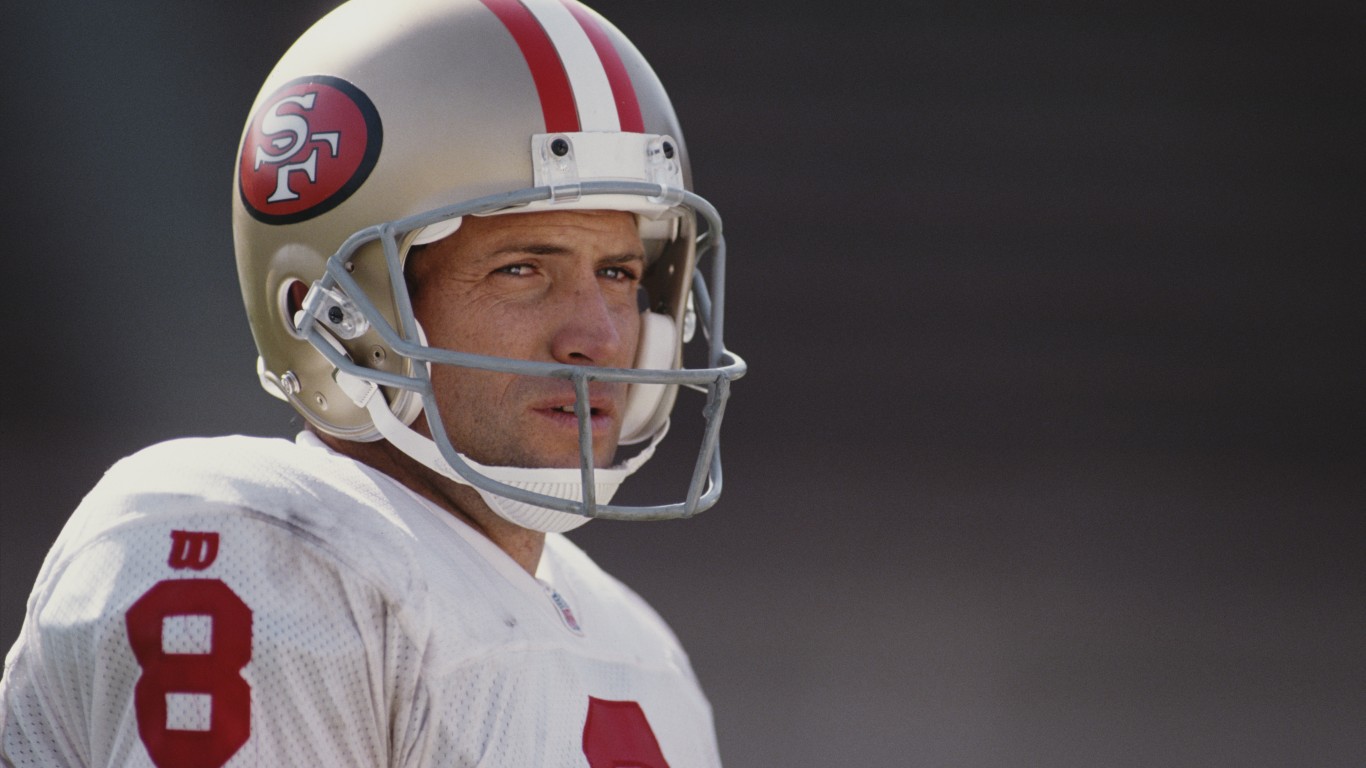 The three Hall of Famers to come out of the 1984 NFL Draft were actually selected in that year’s supplemental draft: a process earlier generations of college football players had to use to forego NCAA eligibility. Those players — Steve Young, Gary Zimmerman, and Reggie White — were selected first, third, and fourth in the supplemental draft, respectively. The regular draft was full of terrific NFL players too, though. One-time MVP QB Boomer Esiason was selected 38th overall. Third-round guard Guy McIntyre made five Pro Bowls and won three rings with the 49ers. Running back Earnest Byner, now infamous to Browns fans for his 1987 fumble against the Broncos that may have cost the Cleveland a chance at the Super Bowl, was a 10th round draft pick who played for 14 seasons, made two Pro Bowls and won a Super Bowl with the Washington Redskins. 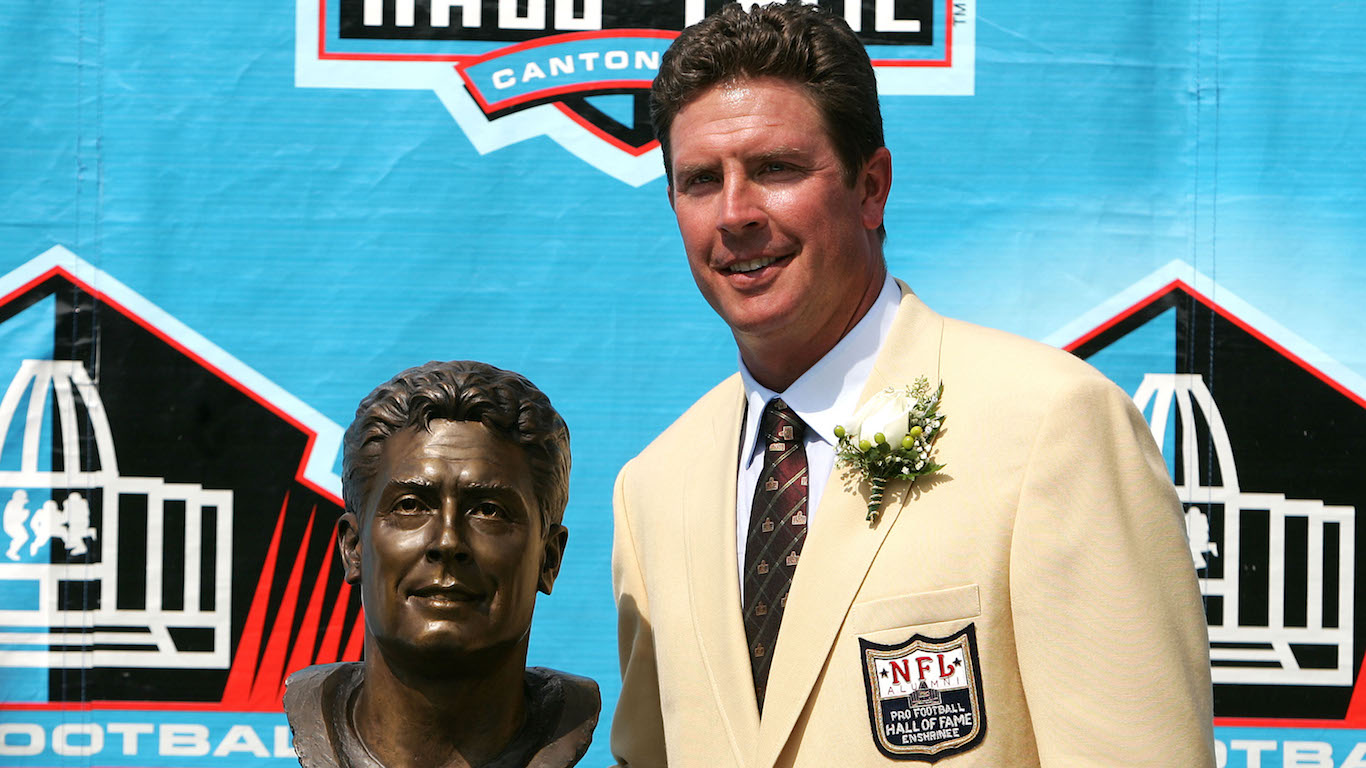 The 1983 NFL Draft was loaded with talent from start to finish. John Elway was taken first overall by the Baltimore Colts, but forced a trade to the Denver Broncos. Elway went on to win two Super Bowls and an MVP in his Hall of Fame career. In Denver, Elway played with 12th round pick Karl Mecklenburg who made six Pro Bowls and three All-Pro first teams in his career. The 1983 draft is remembered for all the great quarterbacks — Hall of Famers like Elway, Jim Kelly, and Dan Marino. Other first rounders like running back Eric Dickerson, guard Bruce Matthews, and defensive back Darrell Green earned a place in Canton, as did eighth-rounder, 203rd overall pick Richard Dent. The defensive end was a key part of the legendary 1985 Bears defense. 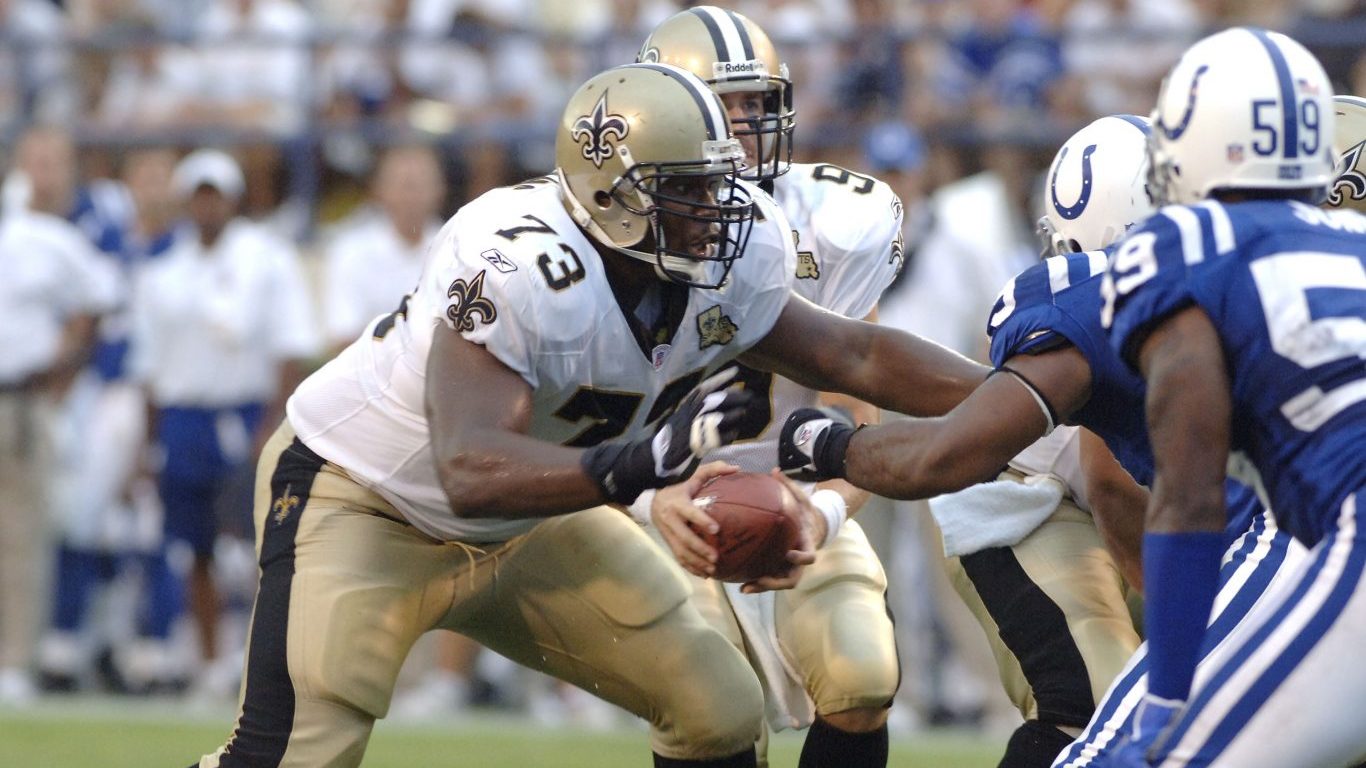 The 2006 NFL Draft was a terrific year for teams looking for high-quality players deep into the draft. Receiver Brandon Marshall, tackle Jahri Evans, and defensive tackle Kyle Williams each made six Pro Bowls, despite having over 100 players selected ahead of them. Three-time Pro Bowler Antoine Bethea, who is still active as of the 2019 season, was selected 207th overall. Most of the best players from this draft were linemen — players like Evans, Williams, defensive tackle Haloti Ngata, and tackle Andrew Whitworth. 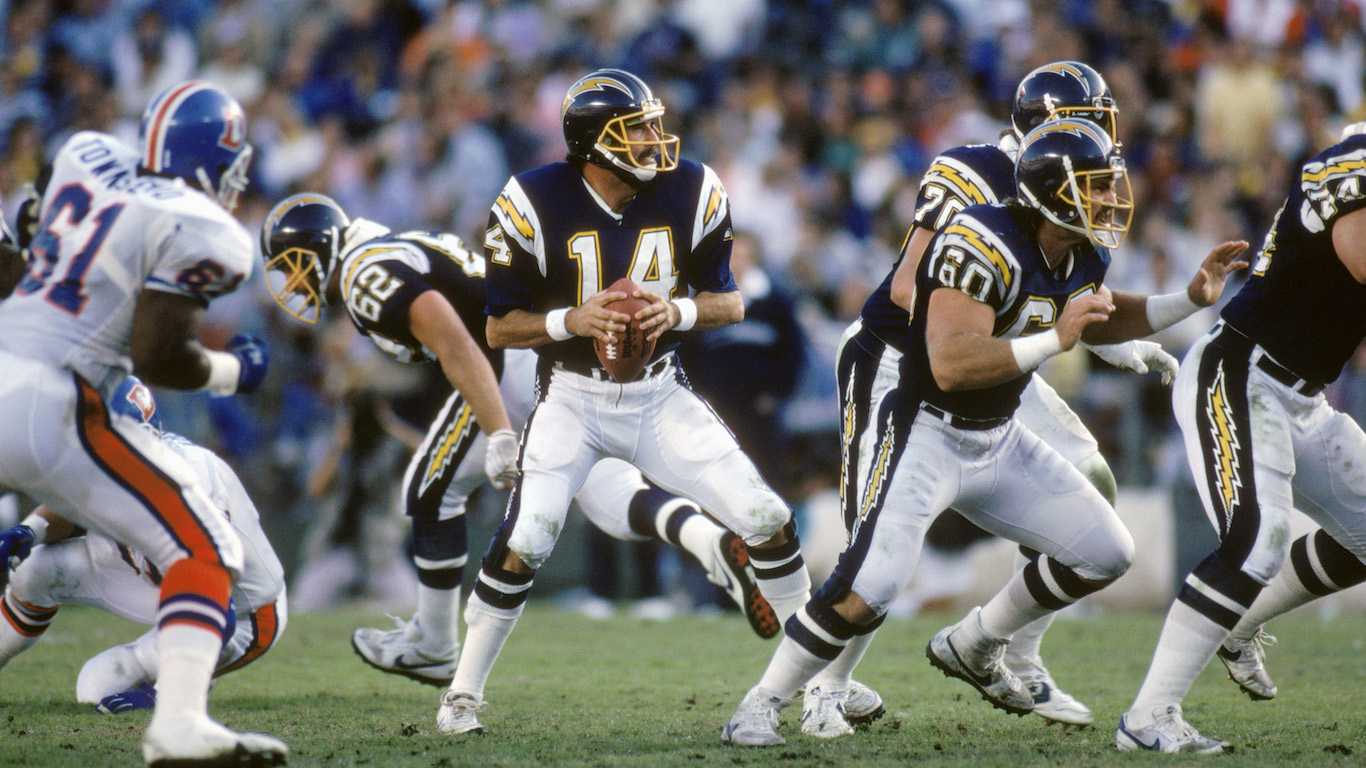 Dan Fouts was selected in the third round of the 1973 NFL Draft, the 64th overall pick and sixth QB off the board. Fouts led the NFL in pass yards four straight seasons, earning six Pro Bowl nods and a spot in the Hall of Fame. The other Hall of Famers from that class — punter Ray Guy and guards John Hannah and Joe DeLamielleure — were all first round selections. Before his successful media career, Tom Jackson was a linebacker selected by the Denver Broncos 88th overall. He made three Pro Bowls. Larry McCarren and Joe Lavender, who were 12th round selections, each made a pair of Pro Bowls. 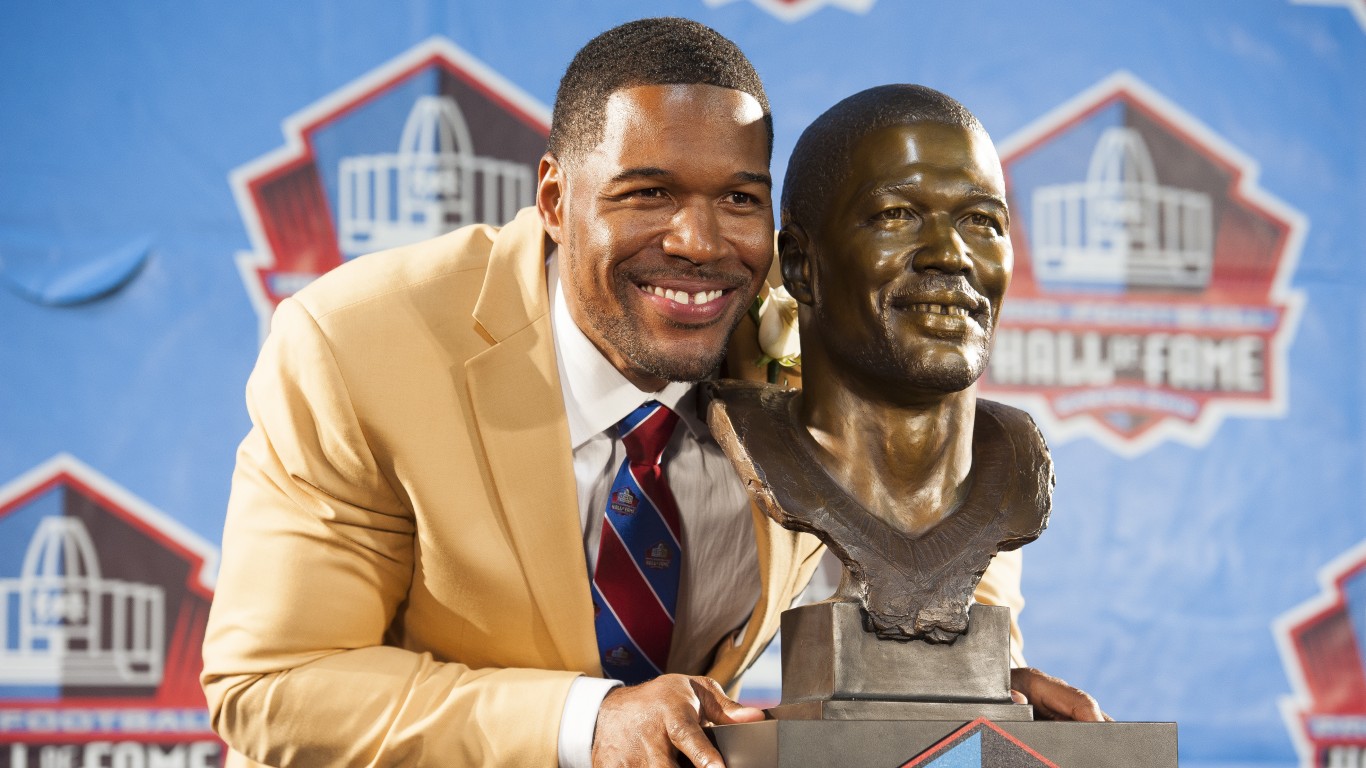 No draft has produced as many quality players as the 1993 NFL Draft. Two of the best linemen ever to play were both selected. Willie Roaf, taken eighth overall, made the Pro Bowl 11 of his 13 pro seasons with the Saints and Chiefs. Will Shields was taken 74th by the Chiefs, making the Pro Bowl 12 of 14 seasons. Both are in the Hall of Fame. Michael Strahan also worked his way to the Hall of Fame after being taken 40th, making seven Pro Bowls and setting the single-season sack record in 2001 with 22.5. There were 90 players drafted in 1993 who played in at least 100 career games. There were also plenty of last-round gems, like QBs Trent Green and Elvis Grbac, linebacker Jessie Armstead, cornerback Blaine Bishop, and versatile receiver Troy Brown — all of whom were taken in the eighth and final round of the draft and went on to at least one Pro Bowl.