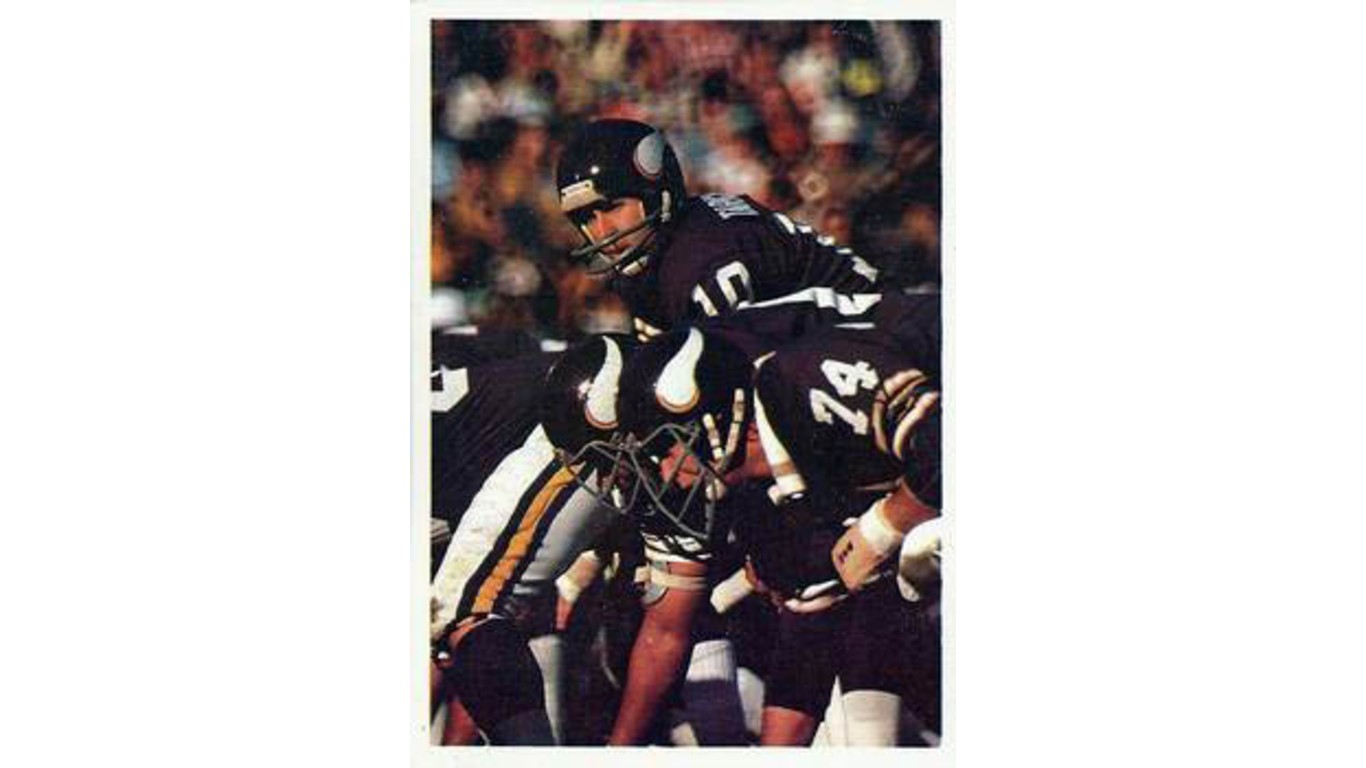 Fran Tarkenton was famous as an undersized scrambler; he’s also famous for being a winner. Tarkenton had two separate stints with the Minnesota Vikings with a period with the New York Giants in between. In his second tenure with the purple-clad Vikings, Tarkenton took them to three Super Bowls, and Minnesota lost all of them.

During his second tenure with the Vikings, Tarkenton was named MVP of the NFL in 1975, when he was 35 years old. He led the league that year with 25 touchdown passes and 273 completions. In his final season in 1978, Tarkenton completed 345 passes for 3,468 yards, both career highs. By the time he retired, Tarkenton owned every major quarterback record. He still holds the Vikings records for passing yards (33,098), completions (2,635), and touchdown passes (239). He was inducted into the Hall of Fame in 1986. 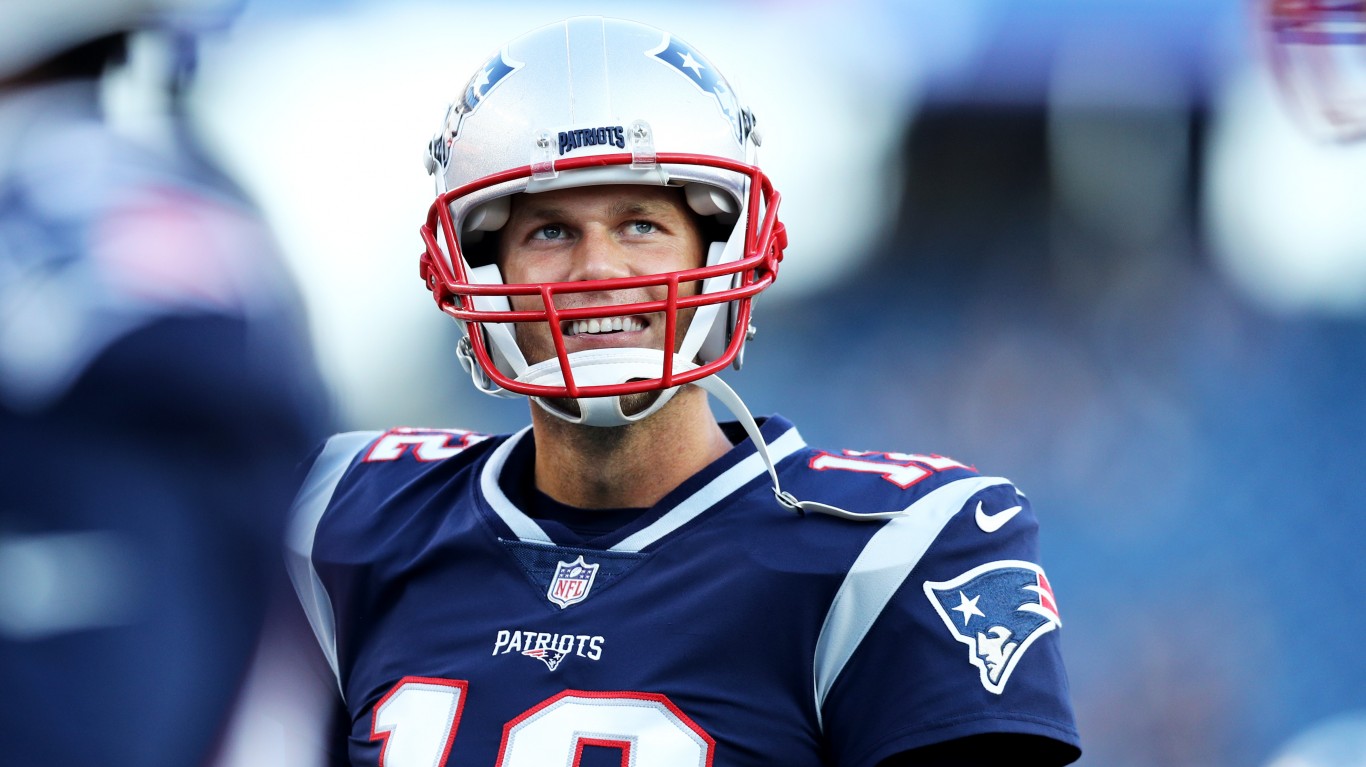 Tom Brady is the greatest quarterback in the history of the New England Patriots. Brady, a sixth-round draft pick in 2000, replaced an injured Drew Bledsoe in 2001 to lead the Patriots to a Super Bowl championship.

Since, Brady racked up trophies and honors with the Pats — six Super Bowl rings, 14 Pro Bowls, and three MVPs. He demonstrated his greatness again when, at age 43, he won a Super Bowl with the Tampa Bay Buccaneers in his first season with another team after two full decades in New England.

ALSO READ: The 40 Most Disappointing Draft Picks of All Time 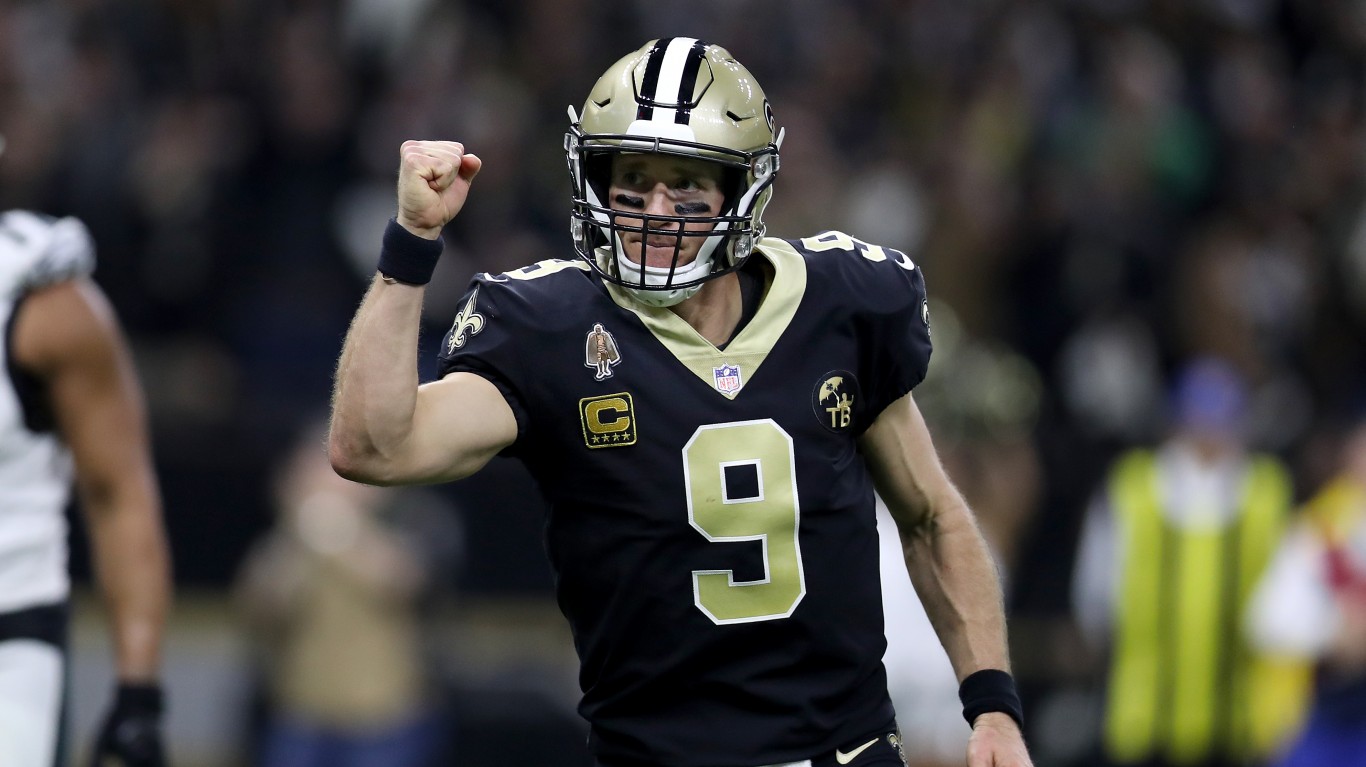 The recently-retired Drew Brees was the architect of the only successful period in New Orleans Saints history. Brees has thrown for 5,000 yards five times, more than any other quarterback in league history. His 5,476 yards passing in the 2011 season is second by 1 yard to Peyton Manning’s single-season mark. Brees has also led the NFL in passing yards seven times since joining New Orleans.

Brees led the Saints to their only Super Bowl victory in 2010 by completing 32 of 39 passes for 288 yards and two touchdowns. It was a great moment for Brees, who came from San Diego to New Orleans shortly after Hurricane Katrina had ravaged the city and became deeply involved in its recovery. 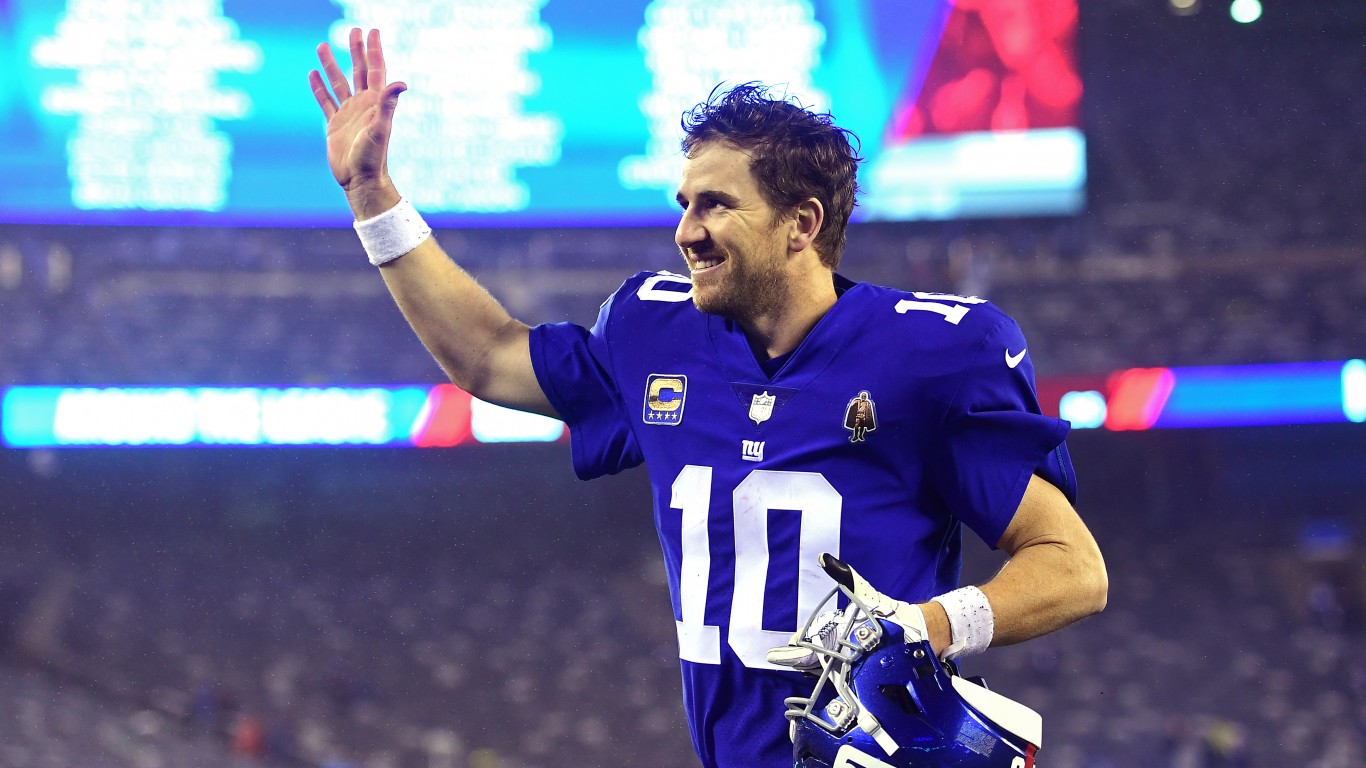 Eli Manning is one of the most accomplished quarterbacks in NFL history, and the greatest signal caller the New York Giants have ever had. He is one of just a dozen QBs with multiple Super Bowl wins, and he ranks eighth in career passing yards, at just over 57,000.

Though Manning never led the NFL in passing yards or touchdowns in a given season, his steady, consistent play at QB allowed dominant defenses to propel the Giants to postseason success. In the 2008 Super Bowl, Manning led the Giants to an upset victory over the previously undefeated New England Patriots. Four years later, he beat the Patriots again in the Super Bowl. During those two postseason runs, Manning threw 15 touchdown passes and had just two interceptions. 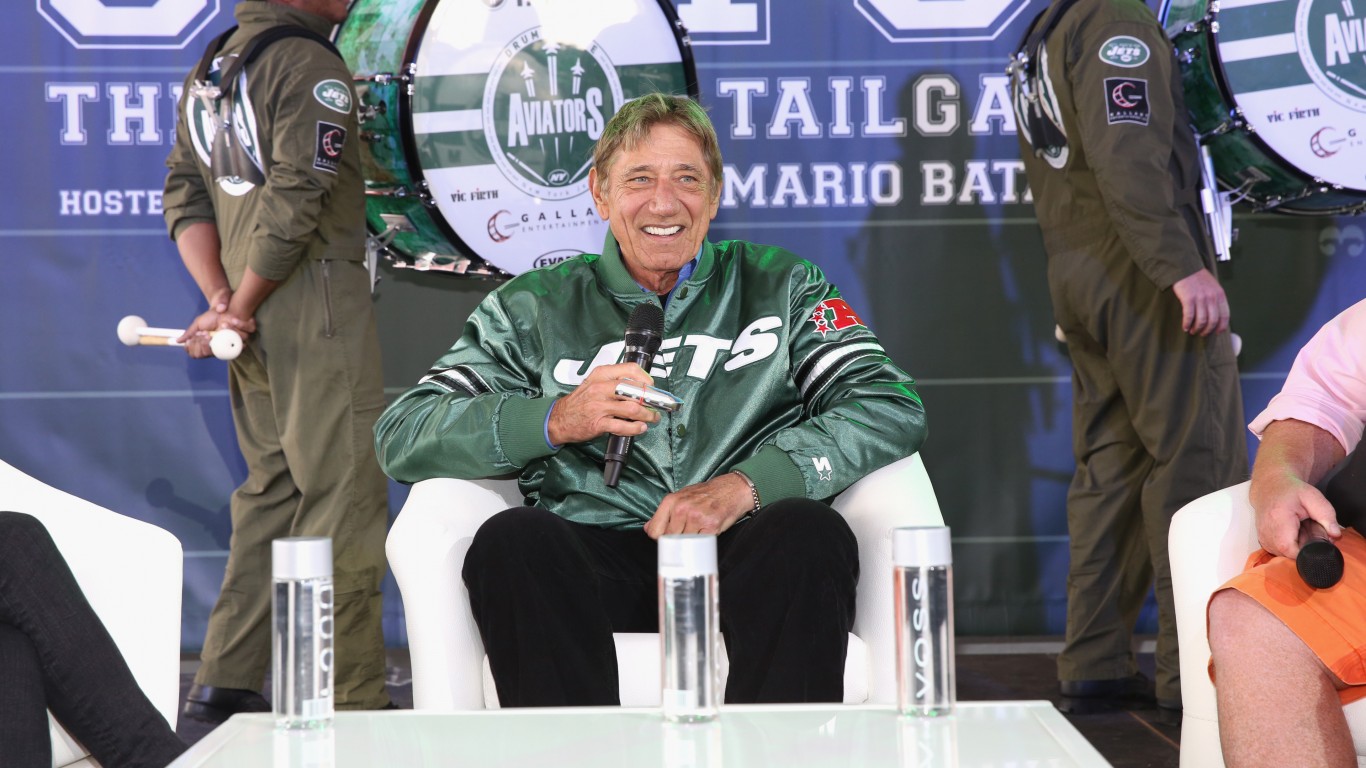 The New York Jets have been one of the most hapless franchises in the NFL as of late. The one bright spot in franchise history, Super Bowl III in 1969, was achieved largely thanks to Joe Namath. “Broadway Joe” boldly guaranteed his Jets would beat the heavily favored Baltimore Colts, and he turned out to be right.

Namath was one of the AFL’s best QBs and continued his high level of play after the Jets and the rest of the AFL merged with the NFL for the 1970 season, making his fifth Pro Bowl in 1972. The Hall of Famer still holds the Jets career records for passing yards (27,057) and touchdowns (170).