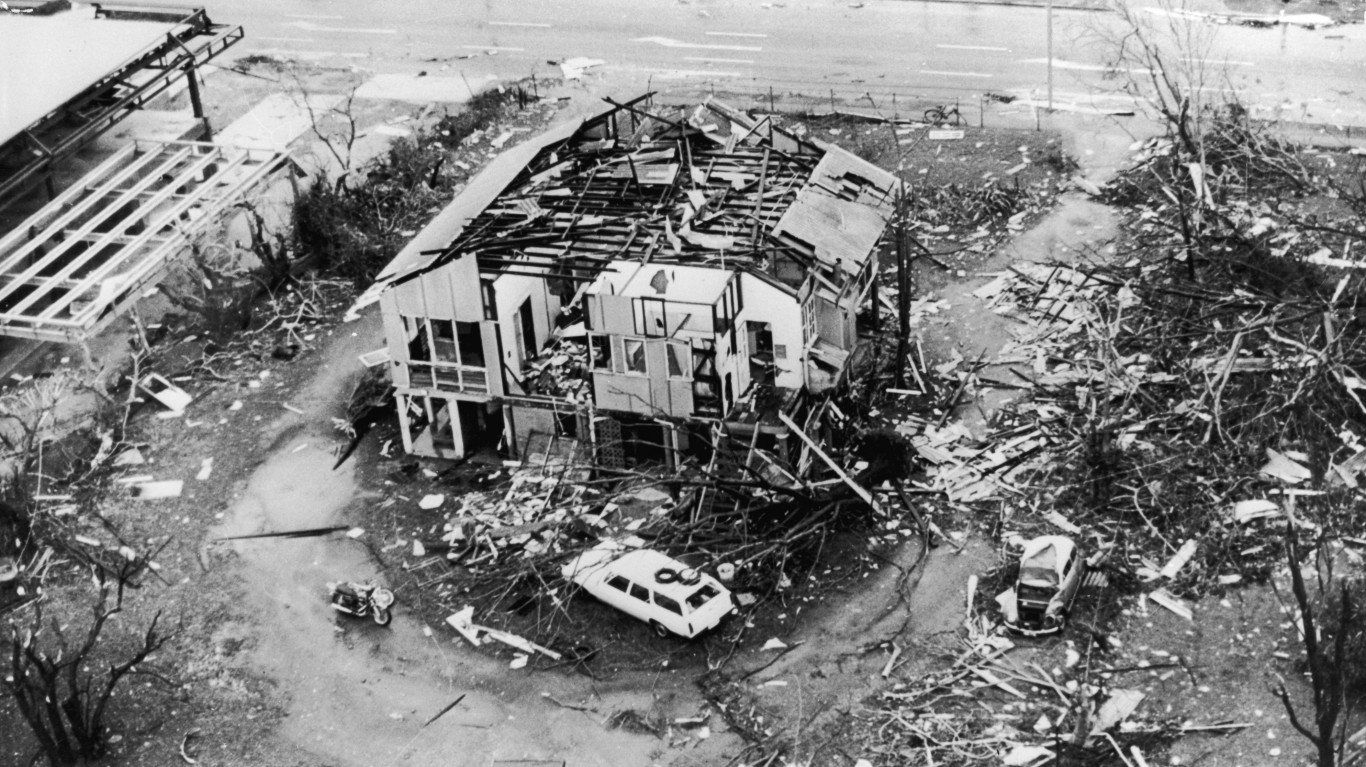 Cyclone Tracy bashed into the city of Darwin in the Northern Territory of Australia during Christmas week in 1974. In its wake, 71 people died and 70% of Darwin’s buildings were destroyed, including 70% of homes. 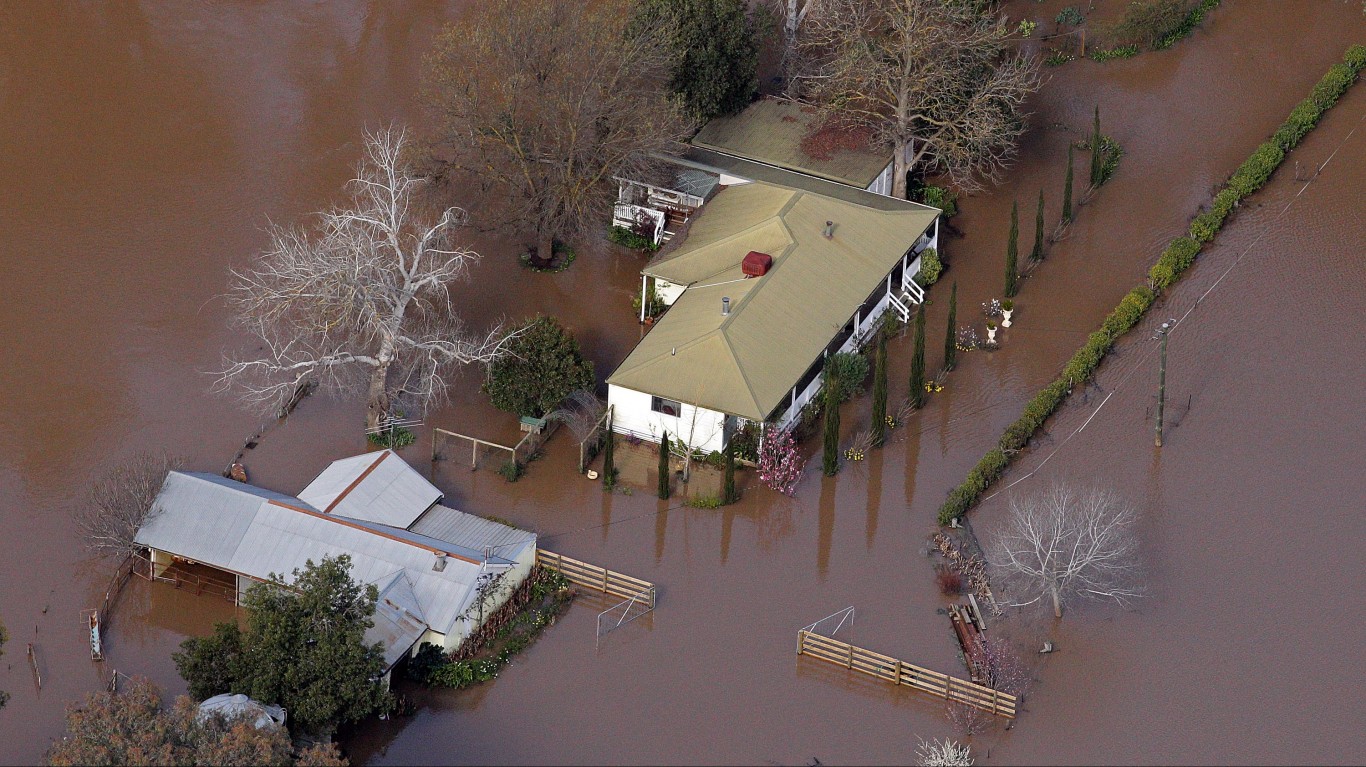 Prompted by heavy rains, the flooding of 2010 and 2011 primarily centered in northern Australia, with the states of Queensland, New South Wales, and Victoria being hardest hit. Estimates put the death toll at 35.

24/7 Wall St.
Cities Where Hurricanes Would Cause the Most Damage 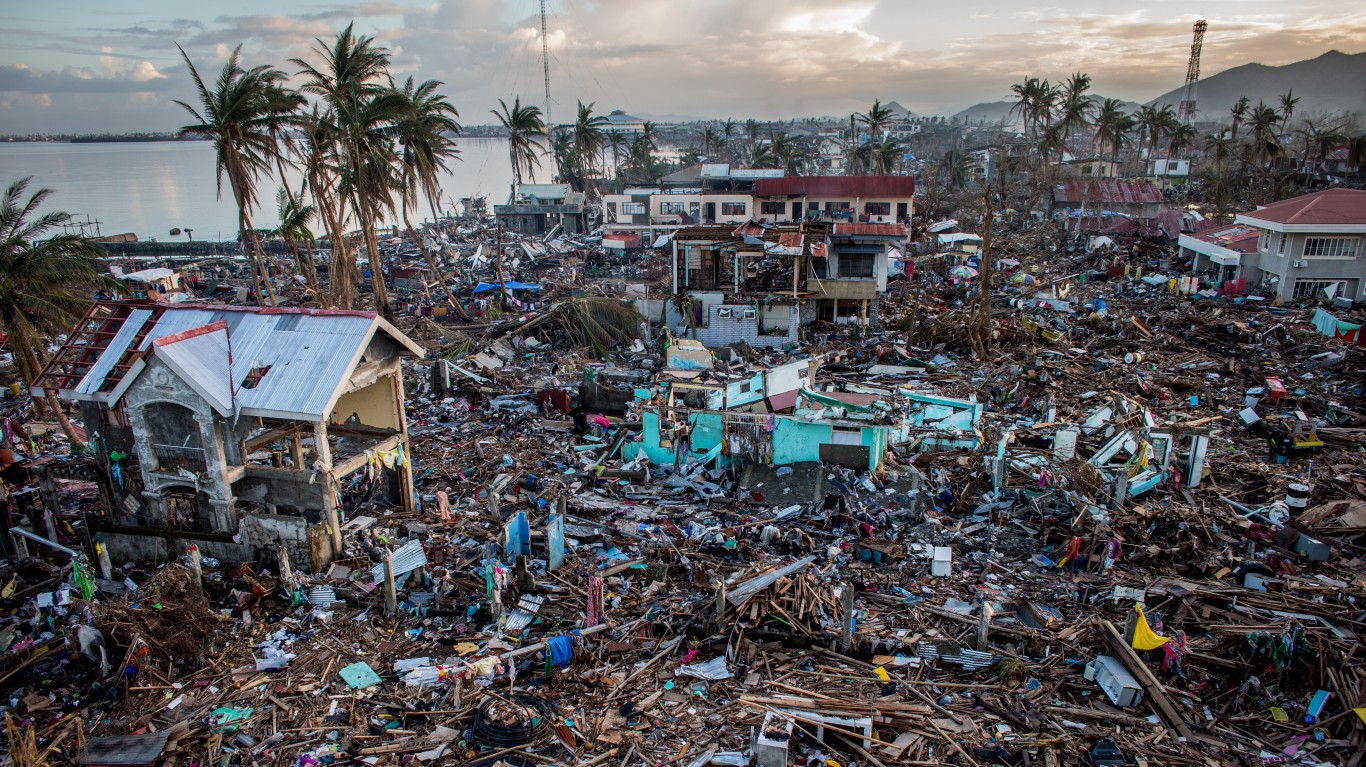 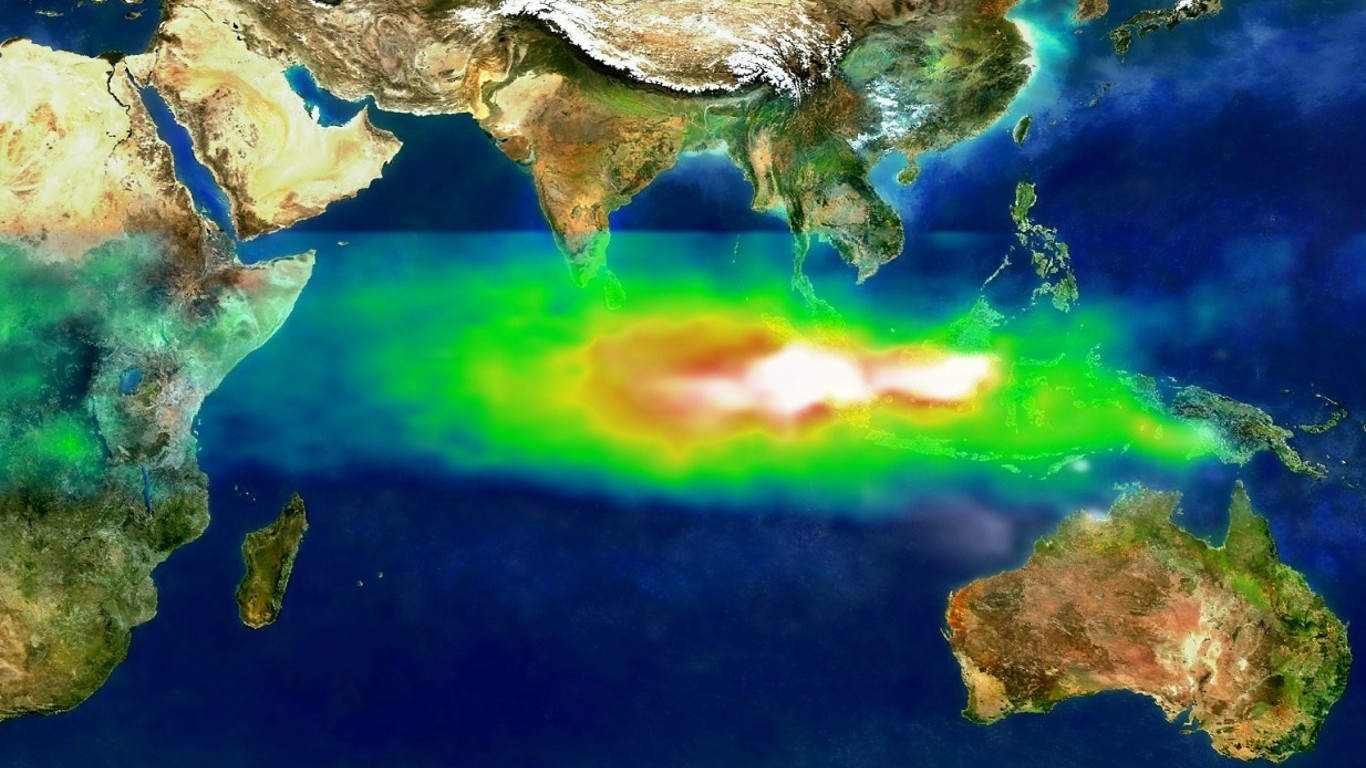 A series of forest fires in Indonesia in 1997 spread clouds of smoke across neighboring countries Malaysia and Singapore. When the fires were finally doused by seasonal rain in 1998, 8 million hectares were left parched and dry, and air pollution affected many nearby residents. 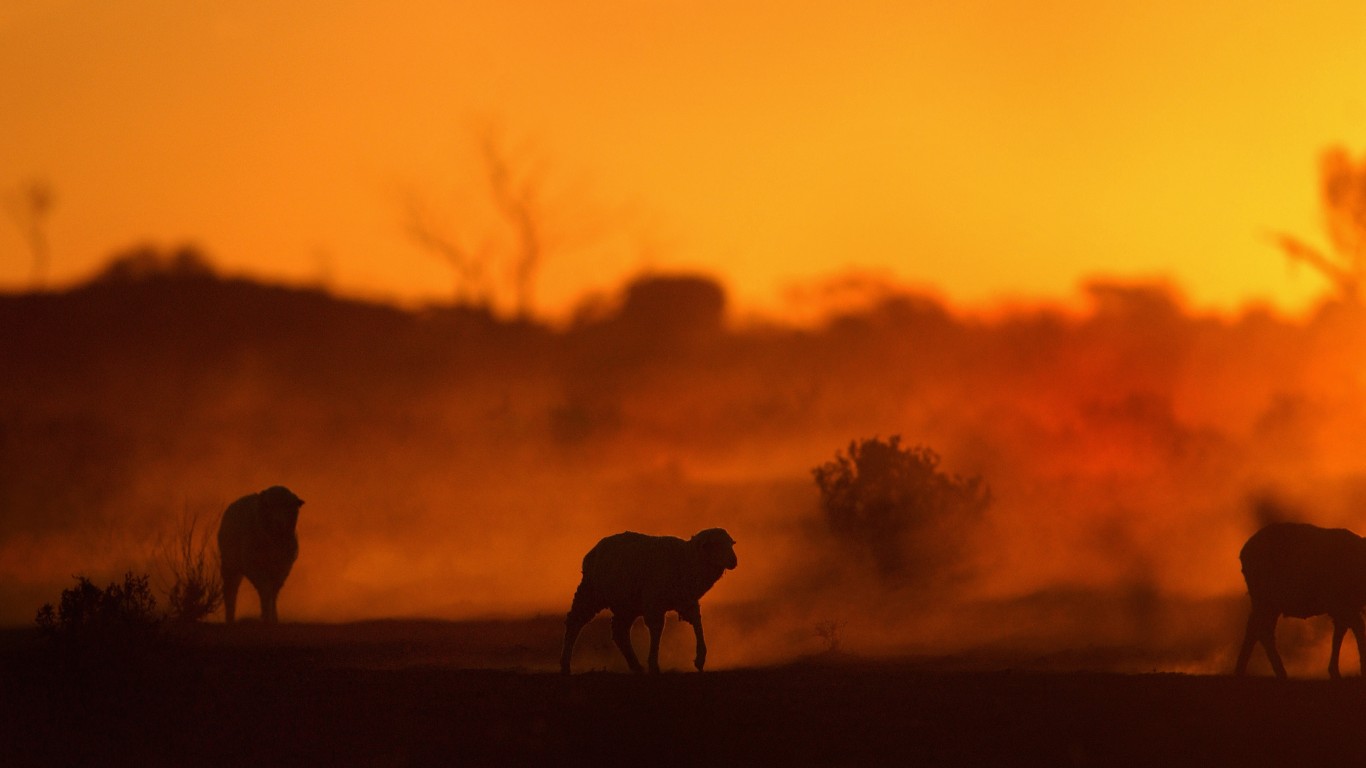 Australia experienced continuous droughts in the early 1980s. It began with a dry spring in 1981 and continued through 1982. Farmers were only able to harvest meager crops, but a wet March and April brought relief.