14 Important Inventions That Predate the Wheel 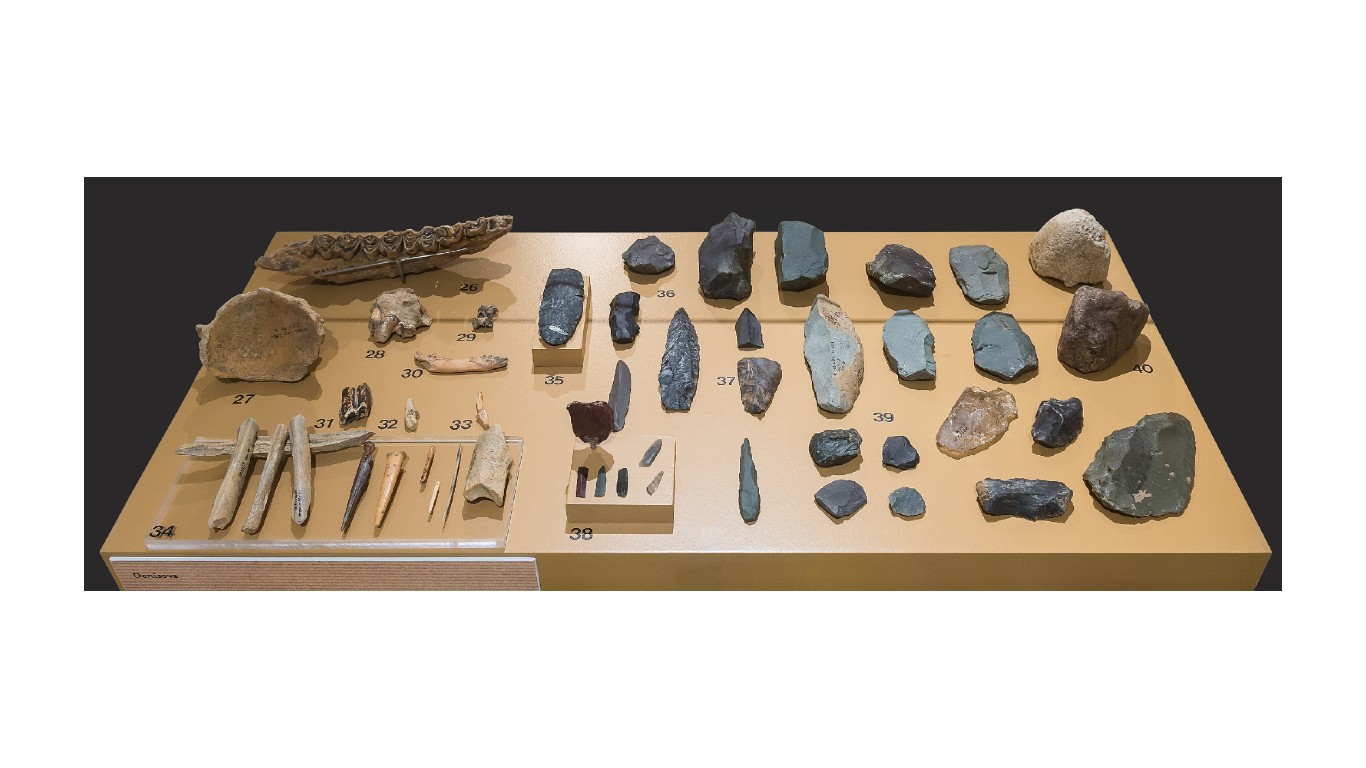 Discovered in a cave in Siberia, the first sewing needle was made of bird bone with an opening for thread at the top. About three inches long, it could still be used today for sewing. Archaeologists believe the sewing needle was crafted by an extinct subspecies of humans known as the Denisovans. 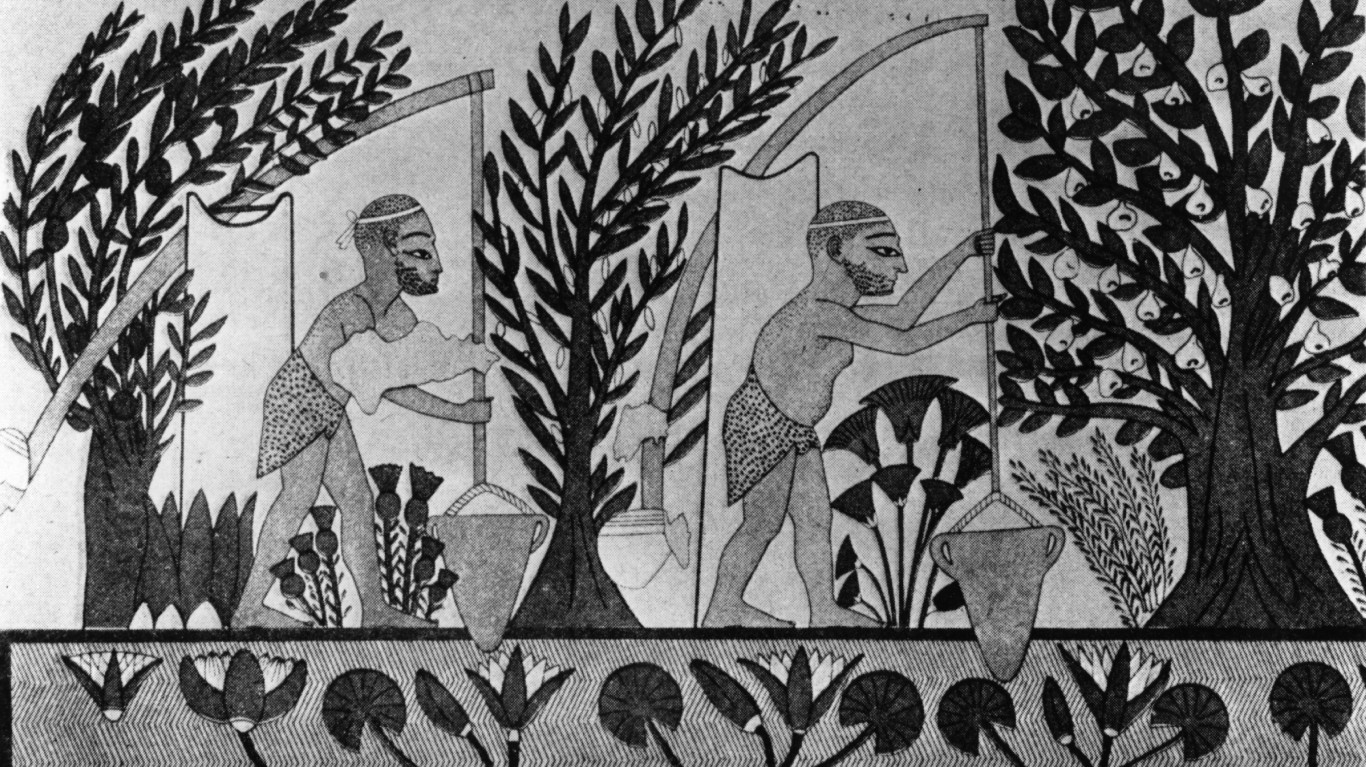 It can be argued that agriculture is more of a development than an invention, but whatever it is, agriculture – the cultivation of plants and raising of livestock – freed humans from the nomadic lifestyle required for hunting and gathering and allowed the development of settlements and then towns and cities. Archaeologists have identified 11 separate regions of the world in which agriculture developed, and it grew in increments over many millennia, with the oldest examples dating back 23,000 years in the Middle East. Among the earliest known crops included emmer wheat, oats, barley, peas, lentils, chickpeas, and flax. The first farm animals to be domesticated were sheep, around 11,000 B.C. in Mesopotamia. 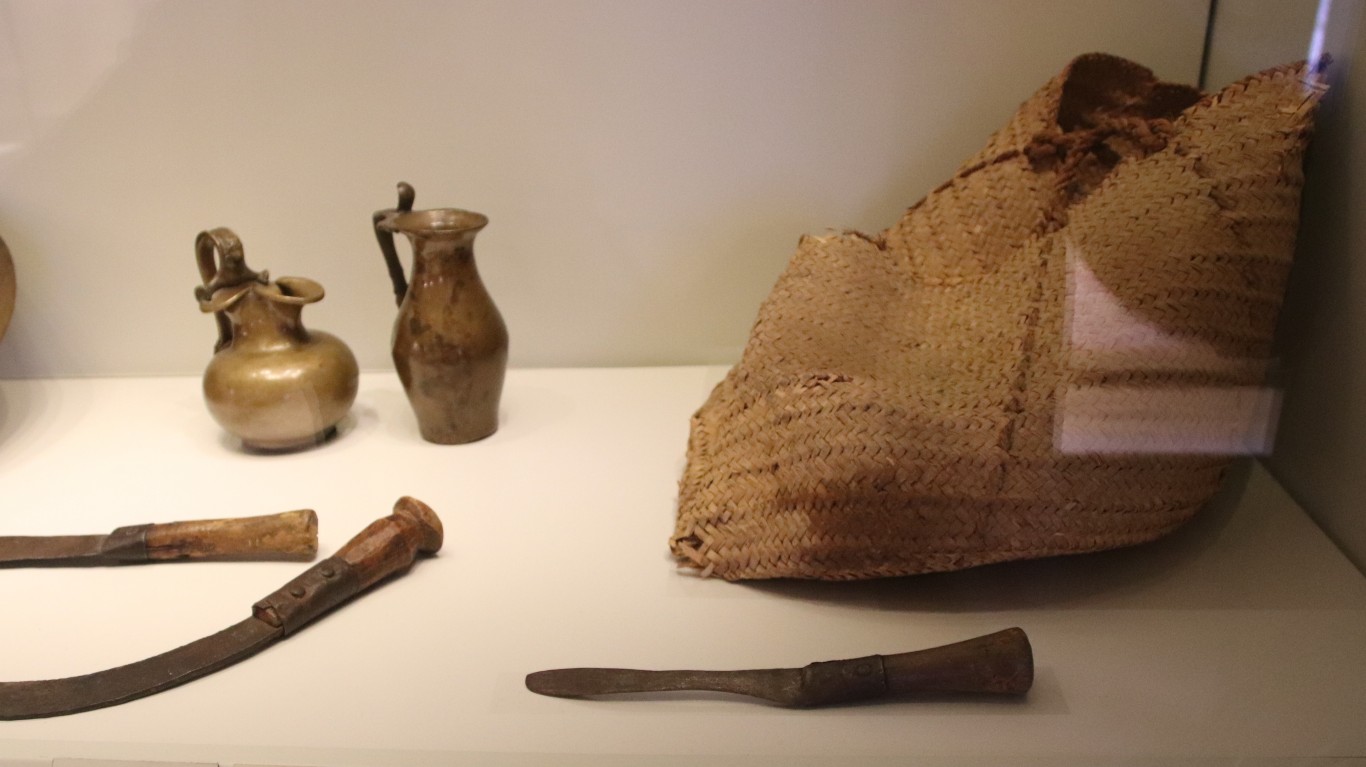 The oldest basket known to us was discovered in 2021 in the Judean desert in modern-day Israel. It was made about 10,500 years ago during the Pre-Pottery Neolithic period. Archeologists aren’t sure what it was made of, but it had a lid and could hold about 92 liters (24 gallons or 203 pounds) of something. Those who discovered it were able to discern that it was crafted by two people, one of whom was left-handed. 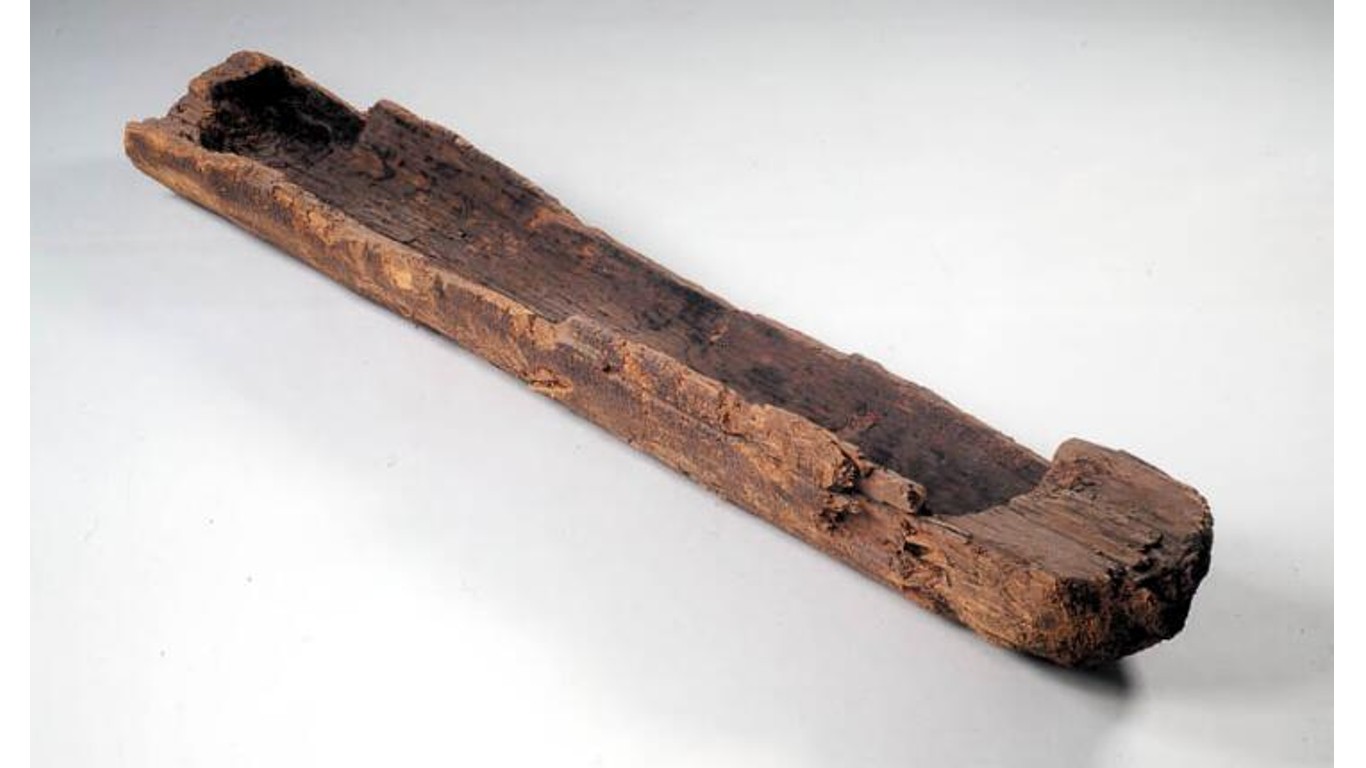 Before we conquered the air with planes, we floated over the water with boats. The earliest evidence of boats, called Pesse canoes (after the Dutch village near where the oldest example was found), were simply hollowed out tree trunks. But they got the job done. 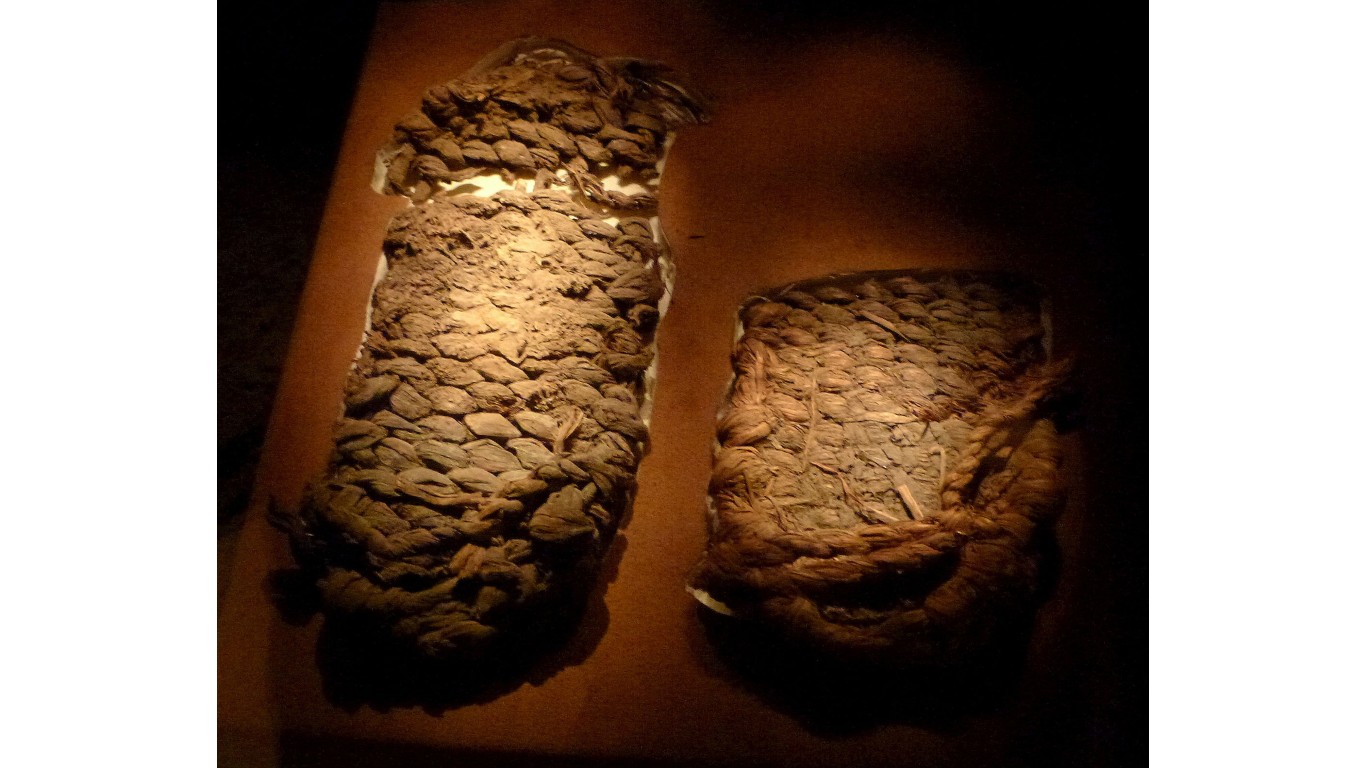 Walking across pavement would be pretty uncomfortable without shoes. But think about what our ancient ancestors had to contend with – sharp rocks and pestering animals, among other things. The shoe solved all that. It may have been an American invention: The earliest examples found thus far are sandals made from bark, discovered in a cave in Oregon. The earliest leather shoe, dating from around 3500 B.C., were found in Armenia. The first example of a shoe were found in caves in America, China, and Armenia. There’s a possibility, however, that the Chinese were wearing shoes of some sort as early as 40,000 B.C. – a supposition archaeologists base on changes in the shape of feet and toes that indicate the wearing of foot coverings.