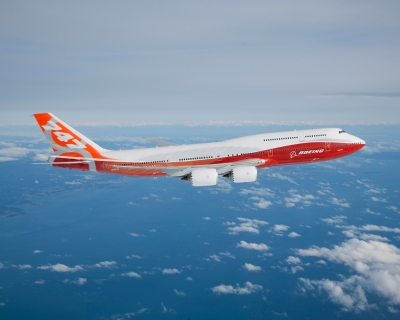 The first 747s were available only with engines from Pratt & Whitney, now part of United Technologies Inc. (NYSE: UTX). By 1975 both General Electric Co. (NYSE: GE) and Rolls-Royce were also making engines for the aircraft.

The more advanced engines, the more sophisticated cockpit technology, the larger carrying capacity — all these add up to a new 747-8 that costs more than double the original’s inflation adjusted price.