Why Boeing Is Dodging the DJIA Earnings and Guidance Trap 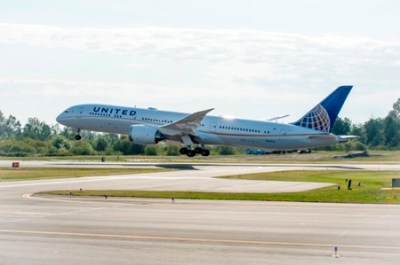 Source: The Boeing Co.
Boeing Co. (NYSE: BA) reported fourth-quarter and full-year 2014 results before markets opened Wednesday. For the quarter, the aerospace company posted core (adjusted) diluted earnings per share (EPS) of $2.31 on revenues of $24.47 billion. In the same period a year ago, the company reported EPS of $1.88 on revenues of $23.79 billion. Fourth-quarter results also compare to the Thomson Reuters consensus estimates for EPS of $2.11 and $23.93 billion in revenues.

The company’s advances and billings in excess of related costs — sometimes called deferred production costs — totaled $23.18 billion at the end of December, an increase of about $3 billion from the total at the end of 2013. This liability is largely due to Boeing’s program accounting method and is paid back as the company sells each new plane. The total remains stubbornly high.

Boeing delivered 195 new commercial aircraft in the fourth quarter, up more than 13% from 172 deliveries in the third quarter, and it took orders for a net 432 more planes to bring its backlog of orders to nearly 5,800.

Operating margin in the commercial division slipped by a point to 9.3% compared with the fourth quarter a year ago. Earnings from commercial aircraft sales rose by 4% in the quarter.

Strong operating performance in the final quarter of 2014 propelled us to some of our best-ever results and sealed a fifth consecutive year of core operating earnings growth. … For 2015, we will continue to build on our commercial airplanes market leadership, strengthening and repositioning our defense, space and security business and working to better meet the needs of our customers by focusing on improving productivity, executing to development plans and delivering our industry-leading portfolio of innovative aerospace products and services.

The company had a big quarter and a big year, but there are some headwinds. The falling price of fuel may cause some orders to be deferred as the airlines make do with their existing planes. To counter that, Boeing likely will have to offer steeper discounts to list prices. Another issue could be in the company’s free cash flow, which declined year-over-year in 2014, and the company’s guidance for 2015 is a little vague. Third, the deferred production costs actually increased sequentially and year-over-year. Expect to hear more about this on the company’s conference call.