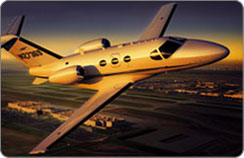 Source: Astronics Inc.
Commercial aerospace aftermarket stocks were underperformers in the first quarter of 2015, and analysts at Canaccord Genuity expect more of the same when these firms release second-quarter earnings. The stocks include primarily maintenance, repair and overhaul (MRO) companies, as well as parts suppliers.

The analysts maintain a Buy rating on the following four stocks.

HEICO Corp. (NYSE: HEI) provides a variety of mechanical and electronic parts for both commercial and military planes. The company is touted as one of the two best performers among Canaccord’s universe and is expected to post up to 11% organic growth in the second quarter, and up to 13% growth in the second half of the year. The company’s stock closed at $58.65 on Tuesday and traded down nearly 2% Wednesday to $57.49, in a 52-week range of $46.03 to $63.73. Canaccord analysts have a price target of $68 on the stock.

Rockwell Collins Inc. (NYSE: COL) serves original equipment manufacturers (OEMs) of commercial air transport, business and regional aircraft, commercial airlines, and business aircraft operations. Canaccord’s analysts expect the company to post up to 6% organic growth in the second quarter and up to 9% in the second half of the year. This is the top-ranked cabin-systems supplier to Airbus and the fifth ranked avionics supplier. The stock closed at $93.31 on Tuesday and traded up 0.2% Wednesday, at $93.52 in a 52-week range of $71.89 to $99.37. Canaccord’s price target on the stock is $110.

TransDigm Group Inc. (NYSE: TDG) designs, produces and supplies components for both commercial and military aircraft. Canaccord’s analysts expect organic growth of up 5% for the second quarter, and up to 6% for the second half of 2015. The company’s stock closed most recently at $231.70 and traded down about 0.5% in the early afternoon Wednesday to $230.61. The stock’s 52-week range is $166.61 to $234.26, and the high was posted Wednesday. Canaccord rates the stock a Buy with a price target of $230.

Astronics Corp. (NASDAQ: ATRO) designs and makes a variety of systems for airframe manufacturers in the commercial, military and general aviation markets. Canaccord’s analysts expect Astronics to post organic growth of up to 11% in the second quarter, as well as up to 13% in the last half of this year, the same forecast the analysts have for HEICO. Canaccord has a price target of $80 on Astronics. Shares closed at $71.00 on Tuesday and traded at $70.03 on Wednesday afternoon. The stock’s 52-week range is $41.31 to $77.35.

ALSO READ: The 4 Best Aerospace and Defense Stocks for This Earnings Season