Car Brands with the Worst Dealers 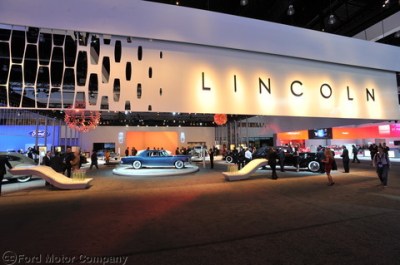 The success of car brands depends on quality and advertising — at least, that is what most people think. But it may be that these cars are only as good as the dealerships selling them.

Car sales consulting firm Pied Piper used mystery shoppers — people pretending to buy a car — to shop for a vehicle and then report back on their experiences. The company’s Prospect Satisfaction Index (PSI) measured which manufacturer dealerships employed sales tactics that result in better sales. Auto brands Scion, Mitsubishi and Mazda had the highest percentage of dealerships that rated poorly in the index.

Click here to see the car brands with the worst dealers

Certain sales practices separated the most successful dealers. Unsuccessful dealers were much less likely to conduct a vehicle walk-around with the client. Brands with poor PSI scores, including Fiat and Mitsubishi, only did this about 70% of the time, compared with closer to 90% for the best-rated brands.

Bringing potential customers to a desk to go over specifics was also important, according to Pied Piper. Ford, Nissan and Toyota — all brands with high-rated dealerships — did this close to 90% of the time. Meanwhile, Lincoln, Mitsubishi and Scion, all which had among the worst dealerships, did this closer to 60% of the time.

According to Pied Piper founder Fran O’Hagan, this study has been successful at identifying dealership practices that encourage sales. “What we found over the past seven years is the brands at the top of the list tend to sell more units per dealership.” O’Hagan noted that dealerships in the top of PSI scores sell 16% more vehicles than those in the bottom.

Indeed, a review of the brands with the worst dealerships reflects relatively poor numbers. Sales of the five worst-rated brands in the first half of 2013 either declined or grew slower than the industry average. There were some exceptions: Sales of RAM, which had the seventh worst rated dealerships, grew by 23%.

Because so many factors contribute to a brand’s success, sales and quality dealerships do not necessarily go hand-in-hand, O’Hagan noted. “At the dealership level, there are a lot of things you can’t control in the short term. Location is one of them. In the auto industry, three quarters of what a dealership sells depends on where they’re located. In other words, if you have a Lexus deal in Des Moines, Iowa, and another one in Long Beach, California, the one in Long Beach is going to outsell the one in Des Moines. Period.” O’Hagan also mentioned that brand quality and the dealership’s facility also impact sales.

Another measure of the effectiveness of these dealerships is the amount of time the average car spends on the lot before being sold, known as days to turn. In June, the average days to turn for a vehicle sold in the United States was 62 days. Cars in eight of the brands with the worst dealerships spent at least that long. This includes Mitsubishi, whose average vehicle spent 99 days on the lot before being sold, the second longest of any car brand.

24/7 Wall St. identified the worst car dealerships in the country based on Pied Piper’s Prospect Satisfaction Index. The index considered the dealership experience of 5,200 mystery shoppers who visited dealerships across the United States between July 2012 and June 2013. 24/7 Wall St. reviewed customer satisfaction surveys from both J.D. Power and Associates and the American Consumer Satisfaction Index. We also considered J.D. Power’s Initial Quality Survey. The average days to turn was for June 2o13.

These are America’s worst car dealerships.