The Best Carmaker Stock for 2014 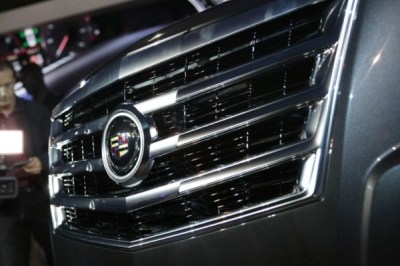 Source: courtesy of General Motors Co.
New car sales in 2013 are headed for the best year in more than five. An early forecast from Edmunds.com estimates that, based on November sales numbers, the seasonally adjusted annual rate of sales in 2013 will total more than 16 million new cars sold in the United States. In 2012, U.S. auto sales totaled 14.5 million.

That is a pretty solid growth rate for an industry that is now more than 100 years old and includes more than a dozen major auto manufacturers throughout the world. Not every carmaker will see a share price rise of 500% in a year the way Tesla Motors Inc. (NASDAQ: TSLA) did in early October, before coming back to earth somewhat. But the industry is in much better shape than it was just a few years ago.

We wanted to look at the two major publicly traded U.S. carmakers, General Motors Co. (NYSE: GM) and Ford Motor Co. (NYSE: F), to try to figure out which may be the better stock for investors in 2014. Here is our review.

GM has seen its shares rise about 31% so far in 2013. The U.S. Treasury currently is preparing to sell its remaining 31.1 million shares of GM stock as it closes out its bailout with a loss to taxpayers of around $11.4 billion. The stock closed at $37.55 on Monday, and the consensus analyst price target of around $47.50 implies a potential upside of about 26.5%. Shares have traded in a range of $24.40 to $39.18 over the past year. With a fiscal year 2014 earnings per share estimate of $4.66, it is valued at eight times next year’s expected earnings.

Ford has also seen its shares rise about 31% so far in 2013. The stock closed at $16.94 on Monday, and the consensus analyst price target of around $20.00 implies a potential upside of about 18%. Shares have traded in a range of $10.98 to $18.02 over the past year. It has a fiscal year 2014 earnings per share estimate of $1.83, and it is valued at more than nine times next year’s expected earnings. Ford now is being distracted by the speculation that its chief executive, Alan Mulally, is in line to be named CEO of Microsoft Corp. (NASDAQ: MSFT). As we noted Tuesday, Mulally should retire immediately and not wait to leave as scheduled next year. He is not doing Ford any favors by letting the speculation swirl around his plans.

GM’s rise out of bankruptcy has not moved the stock price much above the IPO price, while Ford, which managed to escape bankruptcy in 2009, has seen its shares rise more than 500% in the past five years. Over the past two years, Ford shares are up about 74% and GM’s shares are up 86%. And based on the implied upside in the two stocks, GM looks like the better choice.

For the record, Toyota Motor Corp. (NYSE: TM) was trading around $125 a share Tuesday morning, against a consensus price target of around $147.40. The implied gain for Toyota’s shares in 2014 is 18%, the same as Ford’s. The company’s forward multiple is the highest of the three big carmakers, though, at 10 times forward earnings. GM still looks like the best choice.