Will Air Pollution Kill the Car Market in China? 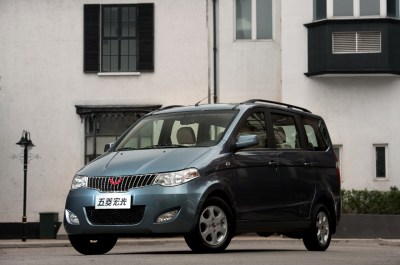 Source: General Motors Co.
Sales of cars in China may reach 21 million this year, but the future of the growth will collide with the nation’s raging air pollution problem. The pressure on the government to start to clean the air has become great enough that it may limit car and truck traffic, particularly into its largest cities.

The latest reminder about the air quality problem was a film about the severe trouble called “Under the Dome.” The media claim the movie, with its harsh criticism of the Chinese environmental protection system, disappeared from the Internet a few days ago after being watched more than 100 million times. Killing access to the film only makes the severity of the issue more obvious.

A study by the WHO released five years ago estimated that several hundreds of thousands of lives were cut short each year in China because of air pollution. It is just one of several pieces of research on the subject that support the same conclusion. The theme of these studies is the same. The effects of air pollution on health in China have become catastrophic and, by extension, the number of people harmed will grow each year.

Several of China’s largest cities have started to limit the number of cars that may be driven into them on days when pollution is the worst. Since this is one of the direct methods to clear up the problem most immediately, it will grow as a solution. Among the consequences is that owning a car will become less attractive. Why spend a great deal of money on something that can only be used occasionally?

The value of the Chinese car market, to both manufacturers based inside China and multinational car companies, is tremendous. Cars and light vehicles sold each year in the United States total about 16 million. The sum is about the same in the euro area. Some of the world’s largest car companies, led by market share leaders Volkswagen and General Motors Co. (NYSE: GM), have gambled that the People’s Republic will be an increasingly larger part of their global revenue and profits. The investment into car factories in China by global manufacturers already reaches into the hundreds of millions of dollars. According to The Wall Street Journal, Ford Motor Co. (NYSE: F) management announced in 2012 that it would spend $5 billion on new facilities by 2015.

Car companies need to look beyond China for a market that will grow rapidly and produce annual sales into the millions. Unfortunately, there is no place else to look.

ALSO READ: Why GM Is About to Repurchase So Much of Its Stock