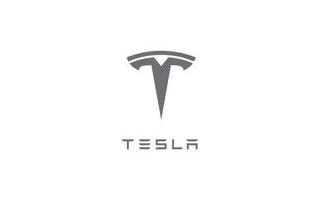 Source: courtesy of Tesla Motors
Tesla Motors Inc. (NASDAQ: TSLA) unveiled some good news at its annual shareholder meeting on Tuesday, but the company’s stock dropped slightly in the wake of the meeting, probably because the auto maker announced that its chief financial officer (CFO) was resigning and failed to disclose any significant financial information.

At the meeting, Tesla reiterated that it expects its sport utility vehicle (SUV), the Model X, to be released in three to four months. That was definitely a positive development, since some investors may have been concerned that the launch of the model would be delayed again. Additionally, the automaker reiterated its target of delivering 55,000 cars in 2015 and said it expects to grow at a 50% annual rate. Moreover, it reported that its Model S car was the best-selling luxury sedan in North America last quarter.

There was also some positive news on the product development front, as the company said that the driver assistance systems of the Model S would be enhanced at the end of this month. Perhaps more importantly, Tesla announced that it had doubled the output of Powerwall, its energy storage product. Some analysts had previously said that Powerwall was unattractive, due to the relatively low amount of energy that it stores and its high price, given the amount of electricity it generates. The increase in the device’s power capacity should mitigate these concerns.

There have also been worries about Tesla’s liquidity, so the lack of financial details at the meeting may have worried some investors. Probably not helping the stock is the company’s announcement that its 52-year-old CFO, Deepak Ahuja, plans to retire this year.

Sometimes CFOs step down because their companies are facing tough financial headwinds. As a result, investors are often anxious to hear whether a CFO who is resigning has a good reason for doing so. Since Ahuja is a relatively young man, his explanation of having “other things” on his “bucket list” may not have met some investors’ smell test.

On June 8, prior to the meeting, research firm Robert W. Baird raised its price target on Tesla to $335 from $275, according to theflyonthewall. The firm said there was a great deal of skepticism about the company’s ability to launch the Model X on time, but it predicted that the SUV would debut within the specified time frame.

Many doubt Tesla’s ability to generate revenue and profit from its energy storage offerings, and there is a significant amount of misinformation about its products in this area, Robert W. Baird stated. However, these naysayers ultimately will be proven wrong, The Fly quoted Robert W, Baird as saying. The firm reportedly added that the company’s cash burn is manageable and kept a Buy rating on the stock.