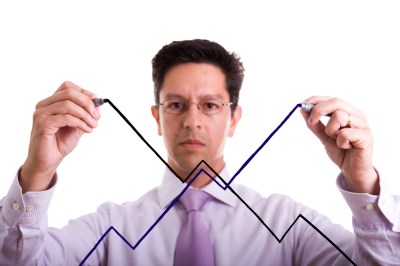 Source: Thinkstock
Highlighted in a Fortune magazine article in 1966, an obscure investment vehicle called the hedge fund was outperforming every existing mutual fund by double-digit figures. By 1968, there were some 140 hedge funds in operation. The industry remained quiet for more than two decades, but a 1986 article in Institutional Investor touted the double-digit performance of the legendary Julian Robertson’s Tiger Fund, and investor interest was rekindled. Top mutual fund managers began deserting the industry for lucrative jobs in the hedge fund industry. Then came the tech bubble and subsequent blow-up, and history repeated itself when a number of high-profile hedge funds, including Robertson’s, went down in flames.

From Long Term Capital Management’s huge success and subsequent 1998 failure, to the spectacular success of John Paulson’s oversized bet against the housing and mortgage bubble, for years hedge funds were able to charge their clients 2% of their total assets with the fund and take 20% of the gains, or the “ups.” This 2% and 20% model became a standard that pretty much went unchallenged for years, as wealthy investors were willing to pay outsized fees for big performance. However, a continued proliferation of hedge funds, combined with a 13-year secular bear market in equities, has started to change the game and rewrite pricing for the industry.

The hedge fund industry has experienced increased asset flows in recent years, including 2012 and 2013, with an ever-larger percentage of assets coming from the institutional investor community. In most cases, however, those institutional capital flows have pooled into funds with more than $1 billion of assets under management. In fact, less than 9% of asset flows in the fourth quarter 2012 and first quarter of this year went to funds with less than $1 billion in assets. As a result of these wildly uneven allocations, many managers of smaller hedge funds have started to use pricing as a tool to drive asset growth.

What is the key for smaller managers? It is very simple in the hedge fund world, generating alpha, which also has become a very interesting new pricing strategy. Economic journalist Barry Ritholtz suggests that a new fee structure that may be very appealing to the hedge fund investors would be a lower 1% of assets and the manager taking 33% of the alpha generated versus the hedge funds benchmark.

In Ritholtz’s scenario, a fund manager would get a 1% management fee for the assets under management and only share in more profits if the fund exceed the benchmark or generated alpha. If the benchmark for a hedge fund was the S&P 500 and the index was up 10% in any given year, the manager would be paid 33% of the gain over the 10%. Just meeting the 10% is generating beta, or matching the performance, with the only difference being volatility. So if the fund manager was up 15% versus the index gain of 10%, the manager would collect 33% of the 5% alpha difference.

Barry Ritholtz may be on to a pricing structure that would lure investors, as well as force hedge fund managers to really earn their money. The entire purpose of the hedge fund industry is to outperform conventional investment products. If a pricey manager cannot outperform the S&P 500 benchmark, wise investors should lose the manager and simply buy the SPDR S&P 500 (NYSEMKT: SPY).

Increasingly, due to market forces and the sheer amount of competition, many managers simply are going to a flat pricing structure that is lower. Many investors with the smaller managers are able to negotiate a flat rate as low as 1%. This may or may not include the manager taking a percentage of the gains. Those gains increase the size of the assets under management, which in turn, increases the size of the 1% payout as assets grow.

One thing is for sure, the days of the hedge fund manager having carte blanche to charge the 2% and 20% rate appears to be over. Large investment firms on Wall Street like Goldman Sachs Group Inc. (NYSE: GS) already are structuring hedge fund type products for smaller high net worth investors that just charge a flat percentage fee. If there is success luring even smaller retail investors into hedge fund type vehicles, you can rest assured that all of Wall Street will begin the practice. With hedge funds soon able to advertise, they also will begin competing for investors willingness to pay fees.