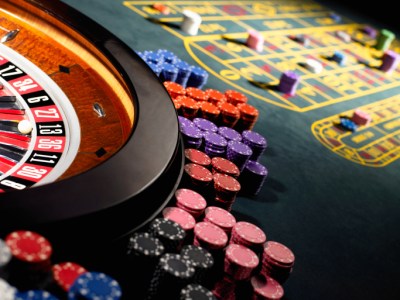 Source: Thinkstock
As a result of Macau’s gaming revenues being down 36.5% year to date through August, and the corruption crackdown in China, Fitch Ratings is revising its Macau 2015 gaming revenue growth forecast. In part the change reflects the difficult first-half 2014 comparison and the pressures that took a toll on Macau’s revenues in mid-2014.

Ultimately, the ratings firm revised its revenue growth forecast to reflect a 33% to 34% decline, down from the last forecast of a 29% decline. The downward revision takes into account Fitch’s reduced expectations for the new capacity to drive meaningful incremental growth.

The companies that are being affected most by this revision are Las Vegas Sands Corp. (NYSE: LVS), Wynn Resorts Ltd. (NASDAQ: WYNN) and Melco Crown Entertainment Ltd. (NASDAQ: MPEL).

Fitch expects 2016 to be a stable year relative to the disruptions from the second half of 2014 and 2015. The firm expects growth in 2016 to be relatively flat. The positive impact from the increase in capacity related to Studio City, the March 2016 opening of Wynn Palace and second half of 2016 openings of MGM Cotai and Parisian will be offset by tough year over year comparisons through May 2016 and the weaker yuan relative to Macau’s pataca.

The firm believes the risks operators face related to the new properties cannibalizing the existing properties and table allocations being less generous than what the operators have requested are partially mitigated by the operators’ ability to shed development-related cost as their respective projects open.

Macau’s decision to loosen its transit visa restrictions should produce some positive benefit, underscoring that Macau is willing to use certain levers to prop up its gaming-centric economy. Macau also postponed implementing a full smoking ban, instead saying it will study the matter further before implementation.

One Online Gambling Stock Has Jumped by 261% in the Past Year, Others Poised to...