The Nine Foods The Government Is Paying For You To Eat 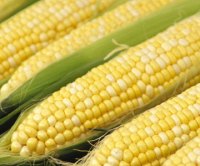 Over the past 15 years, the federal government paid nearly $150 billion in subsidies to U.S. farmers. It paid $77 billion to plant corn in the U.S. between 1995 and 2010; $32.4 billion to plant wheat; and $24.4 billion to plant soybeans. All of that money came from American taxpayers. The question is whether Americans received any benefit at all from these subsidies.

A subsidy is, according to the Environmental Working Group, “a ‘safety net’ paid by the government to provide financial incentive for farmers to grow certain crops in the place of others.” Because farmers can only plant so many crops, these subsidies direct what farmers are willing to grow.

The use of subsidies has been controversial because they alter the normal relationship between the supply of crops and the market demand for the food and fuel they produce. This manipulation of standard market forces may have a number of benefits for the taxpayers such as keeping the prices of subsidized crops low and the economic ripple effects that follow.

In an ideal world, five dollars of tax money used to subsidize corn production would return more than five dollars to the taxpayer because the subsidy keeps corn-based product prices low. If the entire farming sector plants hundreds of thousands of acres of corn, which it might not do were it not for the subsidy, the additional supply should keep prices low. That seems straightforward, but the situation becomes more complicated because corn is not simply used as food for humans and animals. It is also a critical commodity for the massive ethanol industry. That means a corn subsidy is also a subsidy for the ethanol industry. The low cost of corn means an improved profit margin for companies that produce ethanol for the operation of machinery and automobiles. In the government’s wisdom, it has decided that it will help consumers and the alternative energy industry at the same time.

The presence of subsidies and the huge economic benefit that they can bring to the agricultural sector and businesses that rely on crop prices means it is very likely that a number of businesses try to game the system. Each of the major crop producers has a large lobbying and public communications association that press for favorable legislation and tax rates for the farmers and other businesses that it represents. The presence of these middlemen further complicates a system which could simply be the underwriting of crops that are needed more or less from one planting season to another. Subsidies have gone from being simply economic to political.

24/7 Wall St. consulted a database on historical agriculture subsidies compiled by the Environmental Working Group, a public health and environment research organization. From this, we extracted the food-producing commodities that are subsidized most by the federal government. Next, consulting national growers associations for these crops, we determined the most commonly produced food from each. We also accessed information from the U.S. Census Bureau, the U.S. Department of Agriculture, and other organizations to determine changes in consumption over the past fifteen years. We also identified some of the largest producers of these crops and foods. These companies can be appropriately called, the firms that benefit the most from U.S. farm subsidies.

One of the most important conclusions that 24/7 Wall St. drew from its research is that the subsidy system has become so complex it has made it impossible for taxpayers to understand the extent to which they benefit from giving an incentive for farmers to grow certain crops.